Eugenio Suarez’s three-run home run in the seventh inning off Jeremy Jeffress was the key moment in the Cincinnati Reds (32-34) scoring a 5-4 victory over the division rival Chicago Cubs (36-31) at Great American Ball Park.

Along with Suarez’s bat, you can credit Raisel Iglesias with an amazing effort in the top of the ninth to preserve the sim Reds’ lead and the win. With the Reds up 5-3, Jason Heyward led off with a single, then Kris Bryant doubled to put runners on second and third with nobody out. Iglesias bounced a wild pitch past catcher Curt Casali to score Heyward and move the tying run, Bryant, to third, with nobody out. But Iglesias had perhaps his most amazing effort of the season in striking out Javier Baez and Willson Contreras, the heart of the Chicago batting order, then inducing Jason Kipnis to fly out to end the game and leave Bryant on third.

With the score tied at 1-1 headed to the bottom of the seventh, Shogo Akiyama and Phillip Ervin led off with back-to-back singles against Jeffress. Michael Lorenzen then sacrifice bunted them to second and third, and Suarez followed with his 19th bomb of the year.

What turned out to be a crucial insurance run was added when steady Freddy Galvis led off the bottom of the eighth with a homer against reliever Rowan Wick.

Akiyama continues to be, in a word, superhuman. His three hits boosted his batting average to .384, and his hitting streak to 15 consecutive games. Jesse Winker also rapped three hits in a winning effort.

It wasn’t all good news for the sim Reds, however. Starting pitcher Trevor Bauer was injured as he delivered a pitch to Contreras in the top of the fourth inning. Bauer will miss 10 games, but according to the Strat-O-Matic rules, pitchers who are disabled must go on a minimum of the 15-day injured list. Redleg Nation commenters will be asked to vote on which pitcher to recall from the minors to replace Bauer for at least two and possibly three starts.

The win snapped the sim Reds’ four-game losing streak, and moved them within six games of division-leading St. Louis, who lost to Pittsburgh. 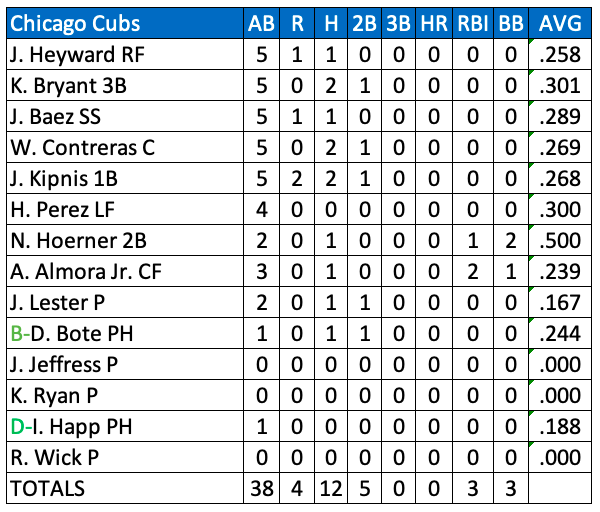 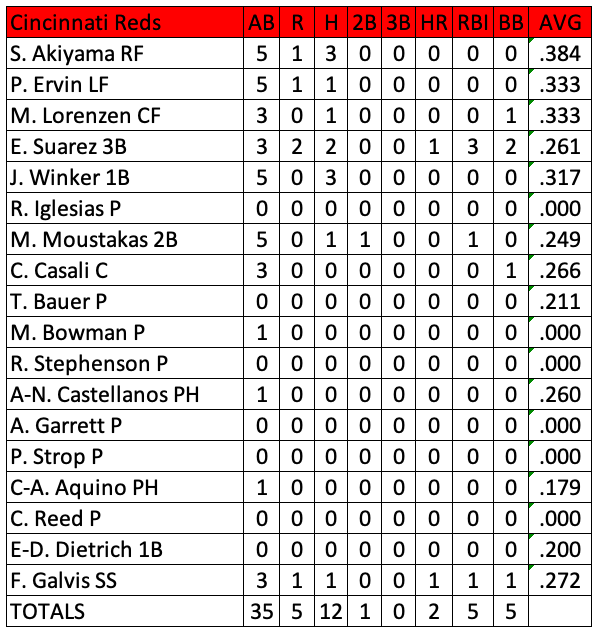 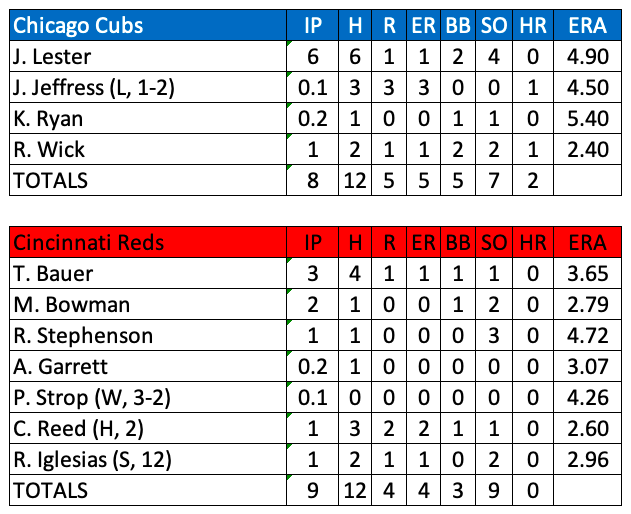 The 2020 schedule as currently constituted has the Reds off Monday, and resuming play on Tuesday at Great American Ball Park against the Los Angeles Dodgers. Anthony DeSclafani will pitch the first of the three-game series for the Reds, and righthander Walker Buehler will pitch for Los Angeles. 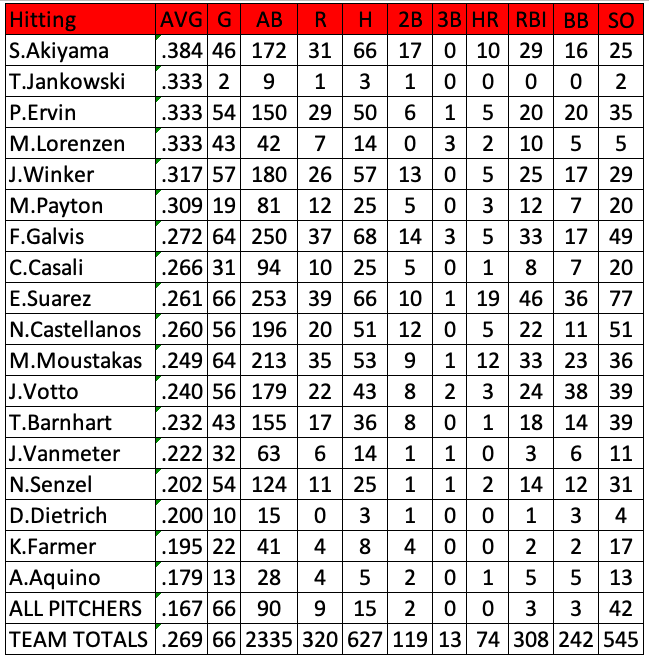 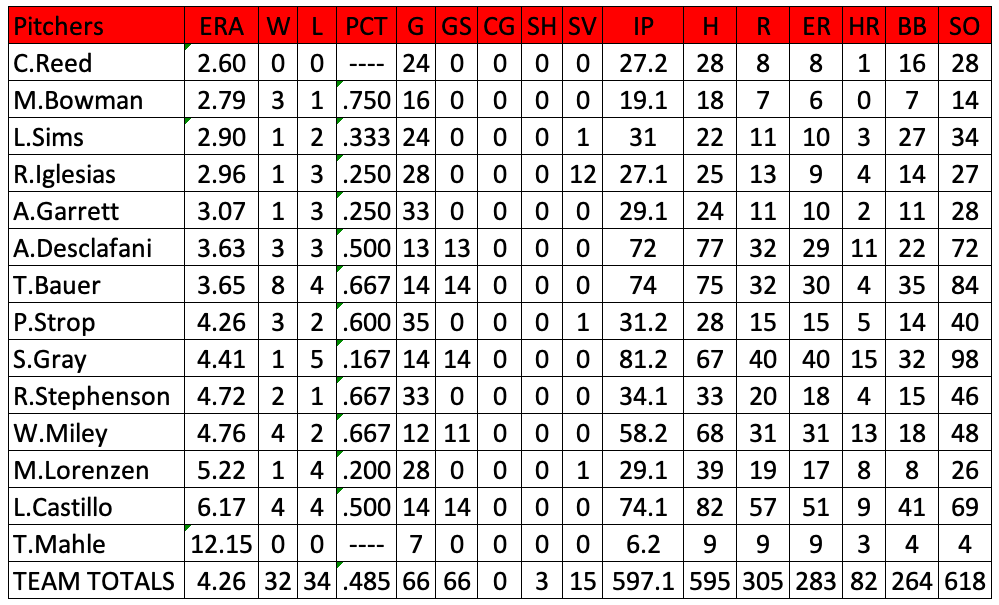 BK has priority for Tuesday’s lineup vs. the Dodgers since he was a winner today. Have fun with this! If you have any questions, please post them in the comment string below. Here are the “managerial records” of our Redleg Nation participants to date: