Three of the five Cubs who scored reached base via walks, and the other two scored because they hit the ball over the GABP fence. The big blow was Albert Almora Jr.’s three-run homer in the top of the fifth inning, scoring Jason Heyward and Kris Bryant, who both had walked.

Shogo Akiyama continued his amazing sim season by batting 2-for-4, with both hits being solo home runs. His homer total for the season is now 10. He now has an OPS of 1.088, and extended a hitting streak to 14 games. Jesse Winker and Mike Moustakas were the only other Cincinnati batters who reached safely via the base hit.

The defeat was the Reds’ fourth straight. 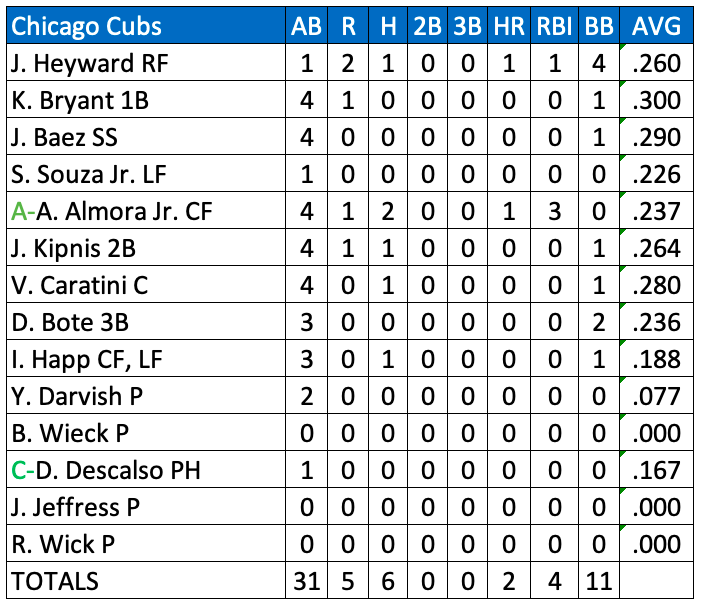 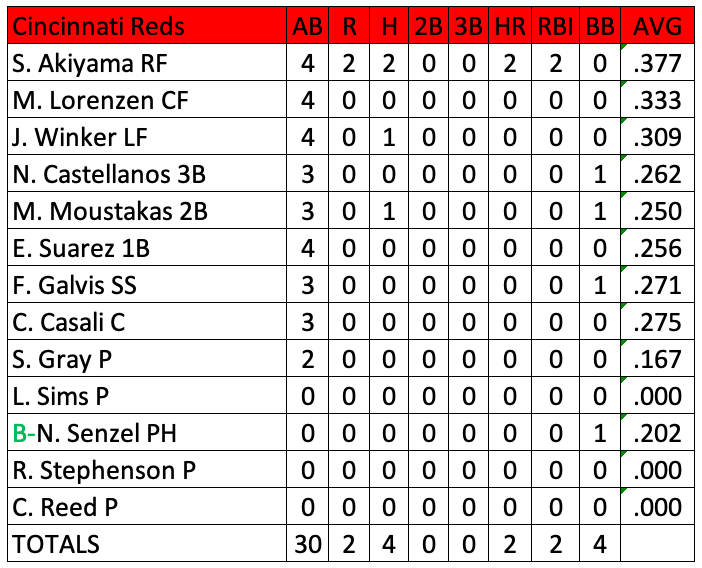 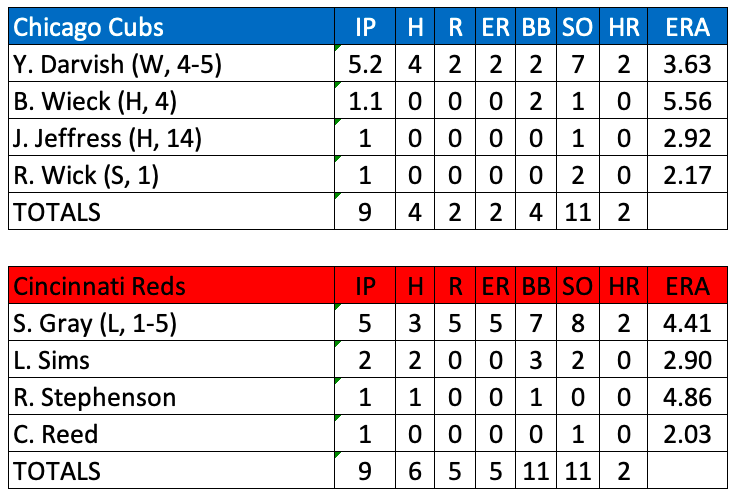 What about the managers and coaches?

There’s a whole lot of focus on the back-and-forth between the owners and the players and who wants what and for how long. But one thing that has seemingly not been talked (publicly – I believe the players and owners/MLB are taking this very seriously) about nearly enough is the managers and coaches, specifically when it comes to their health and safety upon a return to the field and the dugout. Jayson Stark of The Athletic wrote a little bit about “high-risk” managers on Friday. Ron Gardenhire, who has recovered from cancer, is 62-years-old, and has blood-sugar issues was asked if he had thought about the option of not participating in 2020:

Yeah,” is what he said. “I mean, obviously, when we start talking about health concerns and all those things, and how this thing is going to go down, and we know baseball’s not going to be normal, I think about that an awful lot. But I also have committed to this team. And I’m not one to shy away from things like this.

“I respect my players,” he said. “They want to play. And my coaches – they all want to get back to baseball. But things do go through your mind when you’ve been through some of this stuff.” 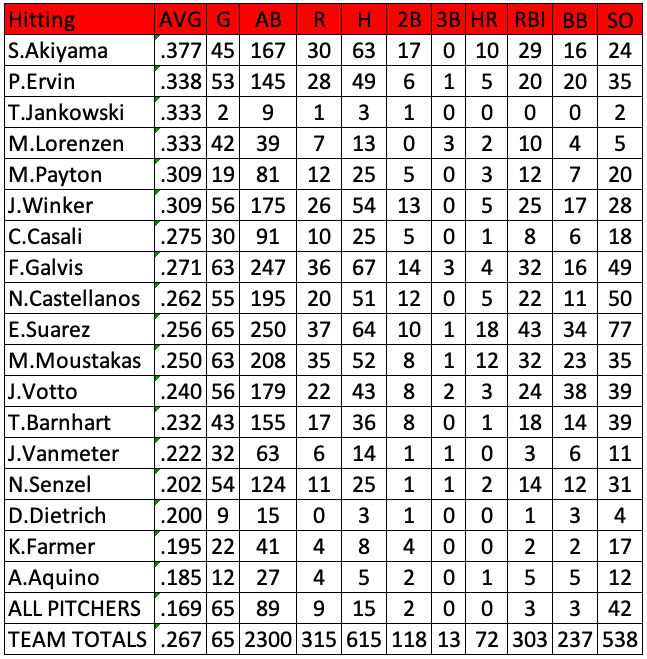 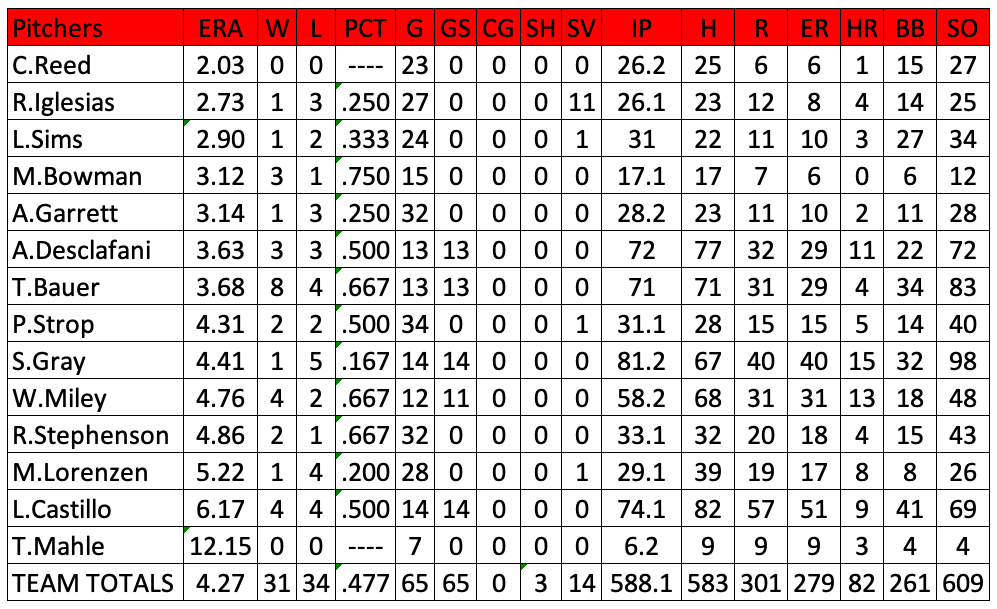