I’ll be honest with you all, my birthday was this past weekend so I got a much later start on these simulations than I usually do (i.e. yesterday). That’s my fault, but I promise I will make it up to you next week with a mega-post of simulations. For the time being though, Week 10 technically only runs through the weekend.

Thursday, May 28: Reds vs. Pirates 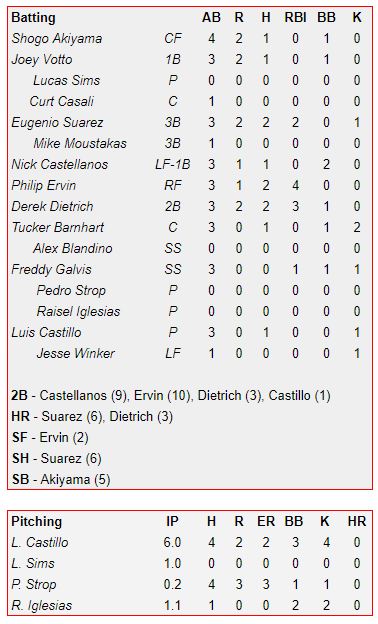 The Game (10-5 win): The bats woke up to the tune of six extra-base hits today as the Reds take the series from the Pirates and once again pull within three games of first place. Derek Dietrich had a particularly stellar day, going 2-3 with a double, a home run, and a walk. Eugenio Suarez also went yard in the bottom of the first, giving the Reds their first lead, but it was a bases-loaded double by Philip Ervin in the third that truly put the game away. Luis Castillo was solid if not efficient on the mound, and Lucas Sims turned in a clean inning, furthering his turnaround after early season trouble.

The Guy: Hubie Brooks had a long but relatively uneventful major league career. He played 15 seasons, won two Silver Sluggers, and tied a modern-major league record by committing three errors in one inning as a rookie. But nothing about Brooks’ amateur baseball career could be described as uneventful. Before signing with the Mets in 1978, Brooks was drafted six different times, first out of high school, then twice during each of his sophomore and junior seasons, before finally going third overall to the Mets in 1978. Baseball had two drafts a year back then, one in January and one in June, so Brooks had the logistics in his favor, but betting on yourself and turning down five professional contracts sure does take some chutzpah. 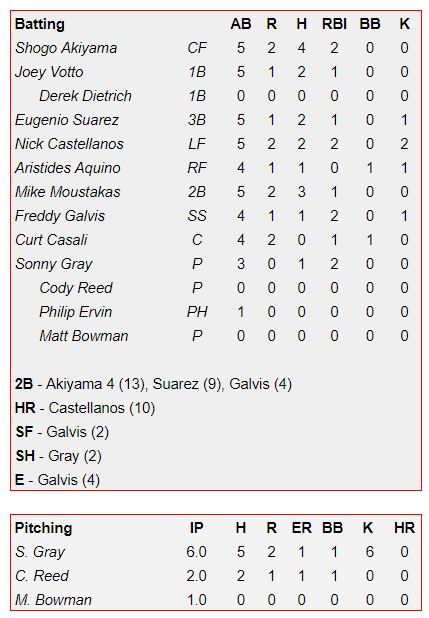 The Game (12-3 win): For the second-straight game, the Reds have come out swinging, hanging double-digit runs on the Cubs. Shogo Akiyama broke out of his slump in a big way, hitting four doubles to lead the Reds, and Nick Castellanos became the first Red to hit double-digit home runs. Last season, Eugenio Suarez hit his 10th homer on May 6 and Derek Dietrich hit his on May 9th, so it’s safe to say the Reds are not going yard as much in 2020. Sonny Gray pitched well from the jump, though it’s a lot easier for a starter to take the mound for the first time with a six-run lead.

The Guy: We all know Matt Carpenter pretty well. He’s kicked the crap out of the Reds for the majority of the last decade, hitting .287/.401/.513 against our boys for his career. He has a weird thing for salsa and a penchant for walk-offs. But did you know his groomsman was Jake Arrieta? You did? Well, I guess I’m done talking about Matt Carpenter then.

Saturday, May 30: Reds at Cubs 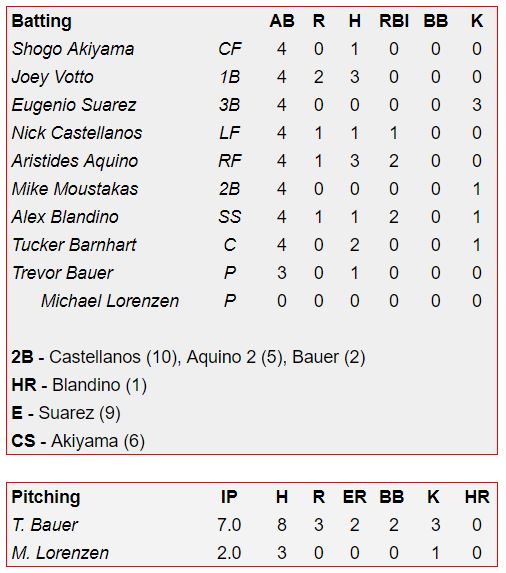 The Game (5-3 win): Today, I turned 25 years old and the fake Reds beat the fake Cubs. Really and truly, there is nothing better. Joey Votto and Aristides Aquino both had three hit days, and Alex Blandino added a two-run home run to propel the Redlegs. Trevor Bauer’s strikeouts are still down (just like the rest of the pitching staff), but he did scatter eight hits to limit any damage.

The Guy: When Cory Snyder first arrived at Brigham Young University, he was a pitcher. A 6’4 righty, he had all the makings of a guy who would dominate on the mound. But after Snyder slugged the first three pitches he saw as a freshman for home runs, the Cougars made him their full-time shortstop. Snyder’s power stuck with him for most of his career — he slugged .884 for his career at BYU and hit 115 homers over the first five years of his career — but injuries soon robbed him of that skill. Snyder only hit 34 home runs over his next four seasons before retiring and moving into coaching. This year was supposed to be the first that Snyder would not have a job in organized baseball since the Indians drafted him out of BYU in 1984, but I guess no one really has a job in baseball right now. 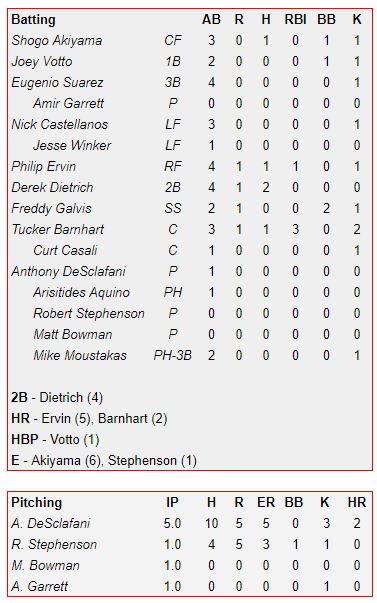 The Game (10-4 loss): Well, all good things must come to an end. Anthony DeSclafani got rocked today, giving up five runs in 5.0 innings and ceding the ball to Robert Stephenson, who got rocked even harder. Tucker Barnhart and Philip Ervin both hit dingers, providing most of the Reds offense, but it just wasn’t enough.

The Guy: Troy Brohawn only played three seasons in the major leagues, each with a different team, but managed to win a World Series as a 28-year-old rookie with the Diamondbacks. While arm troubles ended Brohawn’s career there, he’s still involved with baseball as the head coach at Salisbury University. In his first year at the helm, the Salisbury Sea Gulls went 33-6-1, making it all the way to the Division III College World Series but failing to win a game there. More recently, Brohawn’s team has been in the news for one of his seniors creative facial hair. You may have seen it?

this is Salisbury OF Justin Meekins, one of the best hitters in D-III baseball

the progression of his roster photos from freshman year to now is like the galaxy brain meme but for facial hair and glasses pic.twitter.com/eupXERtsHc

Aristides Aquino reclaims the top spot from Shogo Akiyama largely on the back of sample size, but we’ll let that slide for now. I’ve also just realized that despite having the best ERA and FIP, Amir Garrett has pitched the fewest innings of any reliever. I guess David Bell (i.e. me) will have to start using him in lower leverage situations to make the most of his arm.