The inability to get key hits with runners in scoring position was the undoing of the Cincinnati Reds (31-31) in a 5-2 loss to the Pittsburgh Pirates (26-35) at PNC Park.

The sim Reds had 13 hits, but left 10 men on base in scoring only twice against Pirates pitching. Good news for the visitors was the return of Shogo Akiyama to the lineup. He smacked three hits in his return, and almost had a fourth in a key situation in the top of the ninth, but Pirates second baseman Adam Frazier made the “web gem” play of the game. He not only robbed Akiyama of a hit, but turned it into a double play — effectively short-circuiting a Reds rally because Mark Payton followed with a hit. Had Akiyama’s ball gotten through for a hit, Payton’s hit would have scored Derek Dietrich, and Reds would have had two men on base, still nobody out, and the heart of the order coming up.

Pittsburgh broke a 2-2 tie in the bottom of the fourth against Reds starter and loser Anthony DeSclafani. Catcher Luke Maile — who played high school baseball at Covington Catholic and college ball at the University of Kentucky — along with Frazier had RBI hits in the inning. Pittsburgh’s final run was unearned, assisted by a passed ball by catcher Curt Casali.

Payton, Mike Moustakas and Nick Castellanos joined Akiyama in the multi-hit club for the sim Reds. A key missed opportunity was in the top of the fourth, when Moustakas led off with a double, and Castellanos followed with a single, moving Moustakas to third. But with runners on first and third and nobody out, Freddy Galvis, Casali and DeSclafani took turns failing to drive in runs or even advance the runner from first. Another key opportunity in the eighth — bases loaded on singles by Jesse Winker, Castellanos and Galvis but with two out, Casali struck out against Pirates reliever Richard Rodriguez. 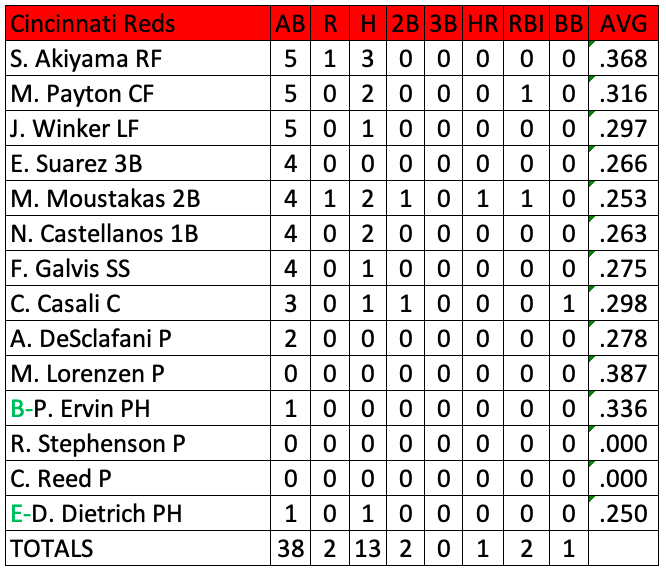 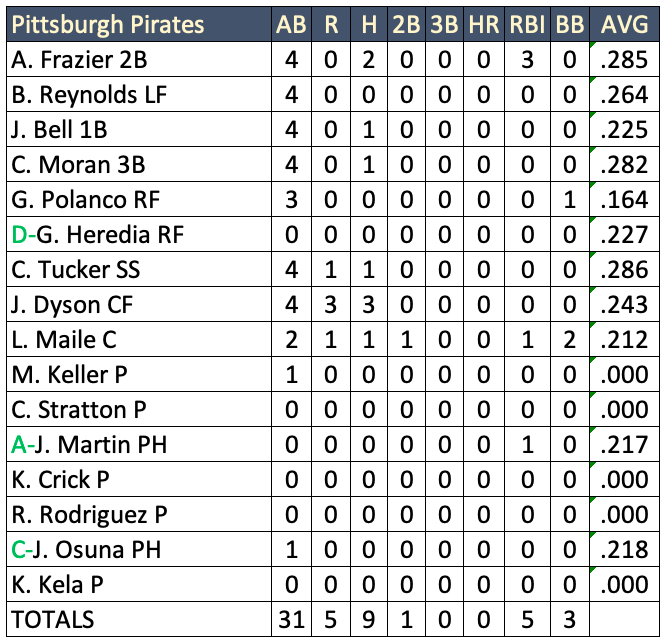 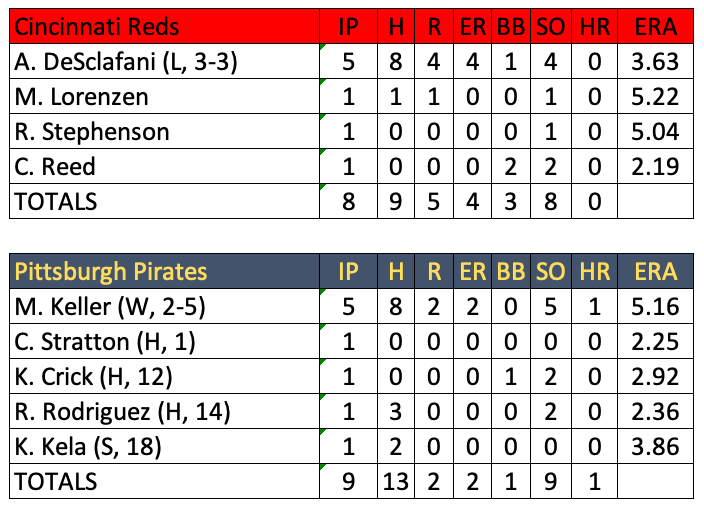 Division-leading St. Louis was idle, and the Cubs fell for the second straight day to the Baltimore Orioles. Second-place Chicago is now three and a half back of the Cardinals.

The 2020 schedule as currently constituted has the Reds headed home to Great American Ball Park to begin an important and challenging homestand featuring the Cubs and Dodgers. Thursday will mark the first game of a four-game set with Chicago, with Wade Miley pitching for the Reds, and lefthander Jose Quintana pitching for Chicago.

Cincinnati has released 48 players from the minor leagues. There were a few interesting names among the group of players, including two guys who signed 7-figure bonuses.

Ed Odeven of Japan Forward wrote about Cincinnati’s new outfielder Shogo Akiyama in the latest Japan Sports Notebook. Akiyama talks about how he’s been trying to keep in shape, prepare for the season, what he’s expecting and more. It’s a good read that you should be sure to check out.

Physically, right when spring training was suspended, I started my training schedule just to treat it as if it’s an offseason, and so I’ve been ramping up as I’ve been expecting the season to resume soon

MLB rejected the union’s proposal for a 114-game season and said it would not send a counter, sources tell The Athletic. The league said it has started talks with owners about playing a shorter season without fans, and that it is ready to discuss additional ideas with the union. 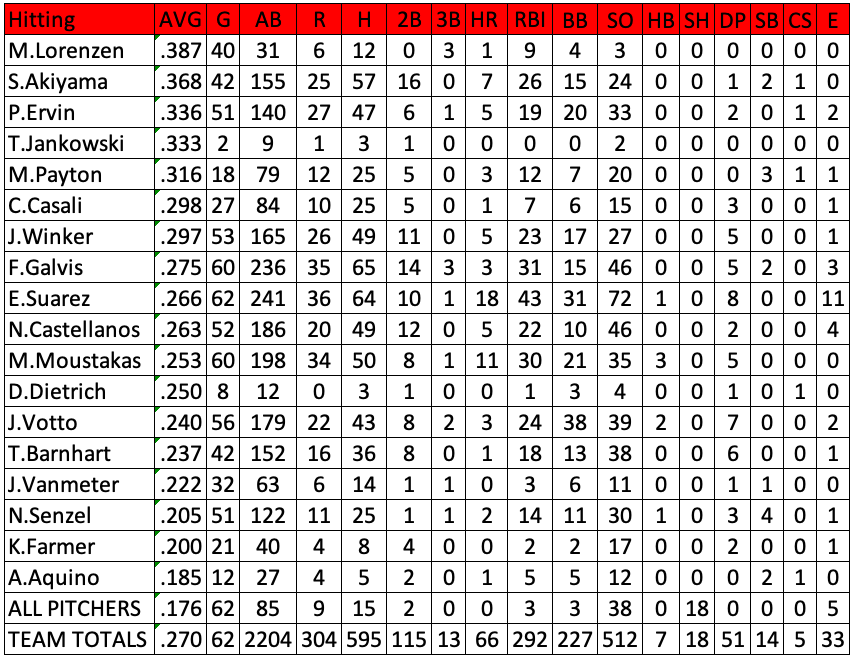 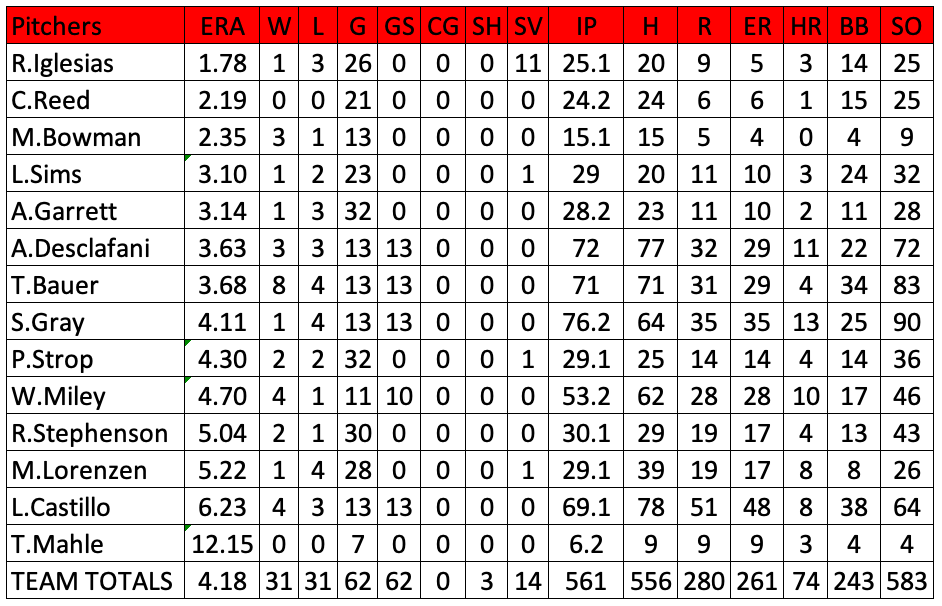