Trevor Bauer established himself as one of the stalwart starting pitchers in the Strat-O-Matic 2020 MLB season simulation by recording his eighth win in leading the Cincinnati Reds (31-30) to a 6-1 victory over the Pittsburgh Pirates (25-35) at PNC Park.

Bauer scattered seven hits and two walks over his six innings of work, while striking out nine Pirates batters. The only damage against Bauer and the entire sim Reds staff was a third-inning solo homer by Josh Bell. Clayton Kershaw of the Dodgers leads the sim league in wins with nine, but Bauer is right on his heels with eight, along with Gerrit Cole of the Yankees and Yonny Chirinos of the Tampa Bay Rays.

Other Bauer stats: He is second in sacrifice bunts (six); has allowed the third-most stolen bases while on the mound (11); and is tied for fourth with Max Scherzer in fewest home runs allowed per nine innings (0.51).

Mike Moustakas showed signs of perhaps starting to deliver offensively the way Reds fans hope he will when and if real-life play begins. He hit a home run (his 10th) and a triple and drove in three runs today after a home run and three RBI in Monday’s loss at Chicago. Eugenio Suarez continued his consistent offensive play with three hits and an RBI, and Derek Dietrich smacked his first two hits of the sim season while starting at first base in place of the injured Joey Votto.

Pirates starter and loser Joe Musgrove could have filed a grievance for non-support. His teammates kicked the ball around the ballyard, and all of the three runs scored against him were unearned.

As the sim Reds and staff filed into the visitors’ locker room at PNC Park following the victory, Dietrich began to chant, “Don! Don! Don!” in reference to Redleg Nation commenter/manager Don, who earned his first victory in the role. The other sim Reds joined in the chant and gave him high-fives and pats on the back — no doubt hoping to ingratiate themselves due to the fact that Don will have control over Wednesday’s sim Reds lineup because his team was victorious today.

More good news for the sim Reds is that perhaps their most consistent offensive player, Shogo Akiyama, returns from the injured list for Wednesday’s game at Pittsburgh. 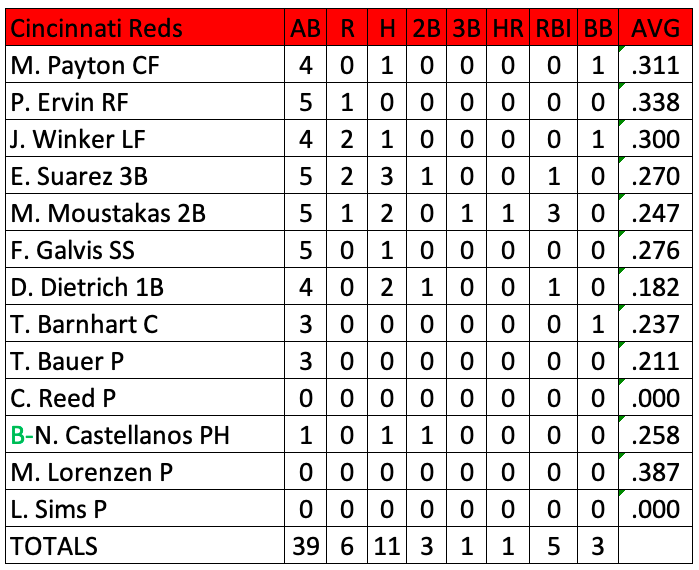 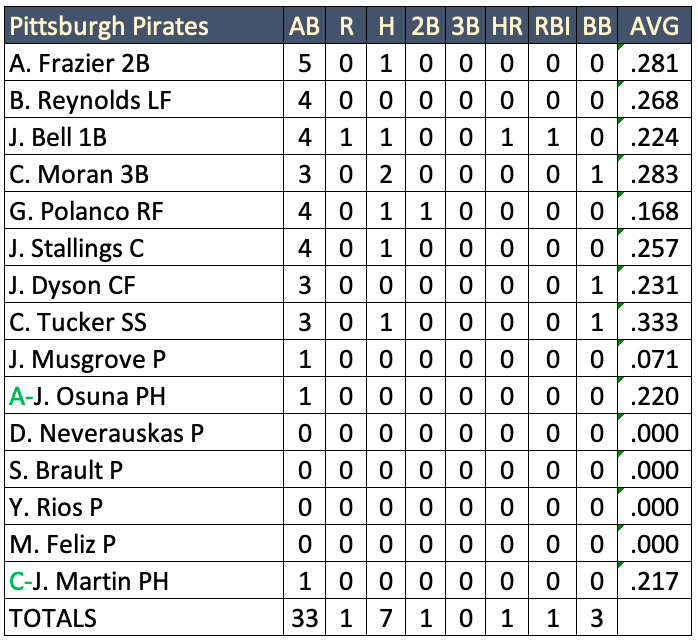 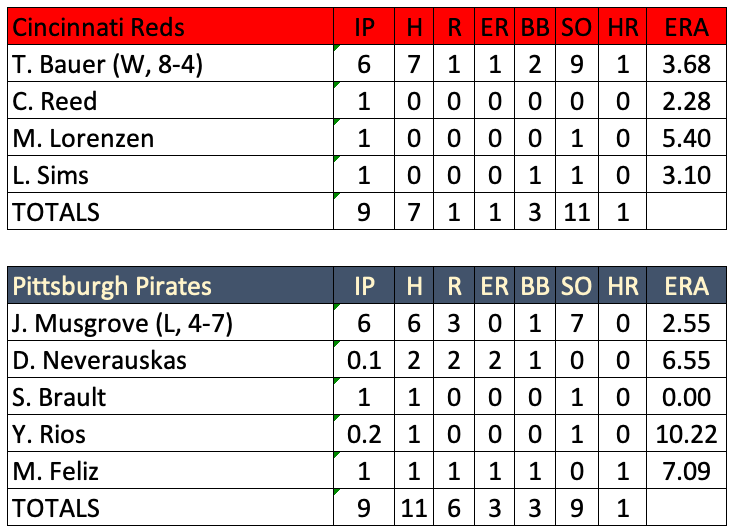 Division-leading St. Louis remained red-hot, defeating Toronto for the second straight day. They opened a three-game lead on the Cubs, who fell to the Baltimore Orioles. The Brewers lost to the Washington Nationals, and as a result, fell into a tie with the Reds for third place at 31-30.

The 2020 schedule as currently constituted has the Reds and Pirates finishing the brief two-game series at PNC Park Wednesday. Anthony DeSclafani will pitch for the sim Reds, while right-hander Mitch Keller pitches for the Bucs.

Former Major Leaguers Doug Glanville, Jimmy Rollins, Ryan Howard, Dontrelle Willis, Torii Hunter, and LaTroy Hawkins sat down, with limited interaction from Ken Rosenthal for about 90 minutes of conversation via zoom, that has been mostly transcribed. It’s free to read.

Here’s the description, from Rosenthal, about what transpired.

The Zoom call took place Sunday night. I gave Doug (Glanville, who was asked to serve as moderator) a list of topics I thought we might cover, most of which were rather obvious. He had areas he wanted to address as well. The conversation lasted 90 minutes. It was raw, honest, intense. And from my perspective, heartbreaking. I know these guys; I’ve talked to them all over the years. And listening to them speak about their own experiences, I heard pain that I had rarely, if ever, heard from them before.

This is the only news and notes piece I (Doug Gray) am adding today. Nothing else. Click the link. Read it. Send it to every single person you know. 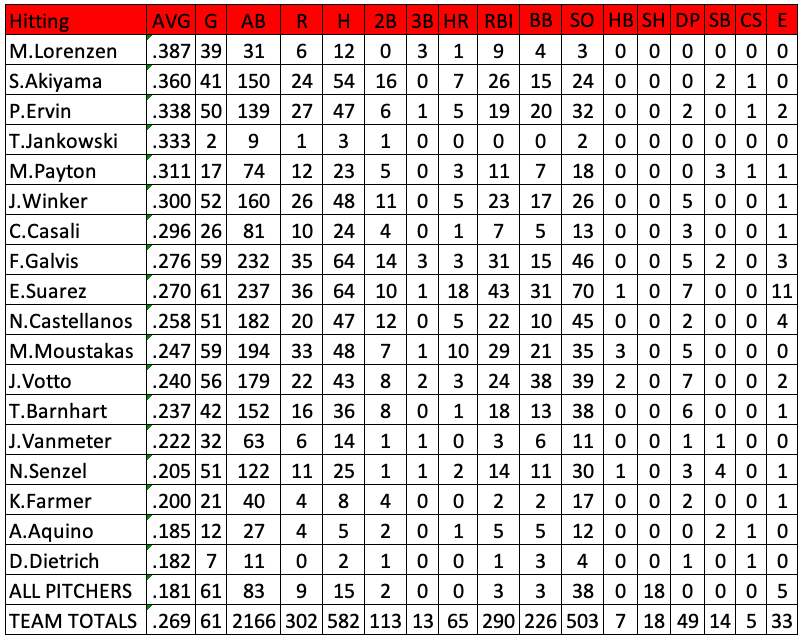 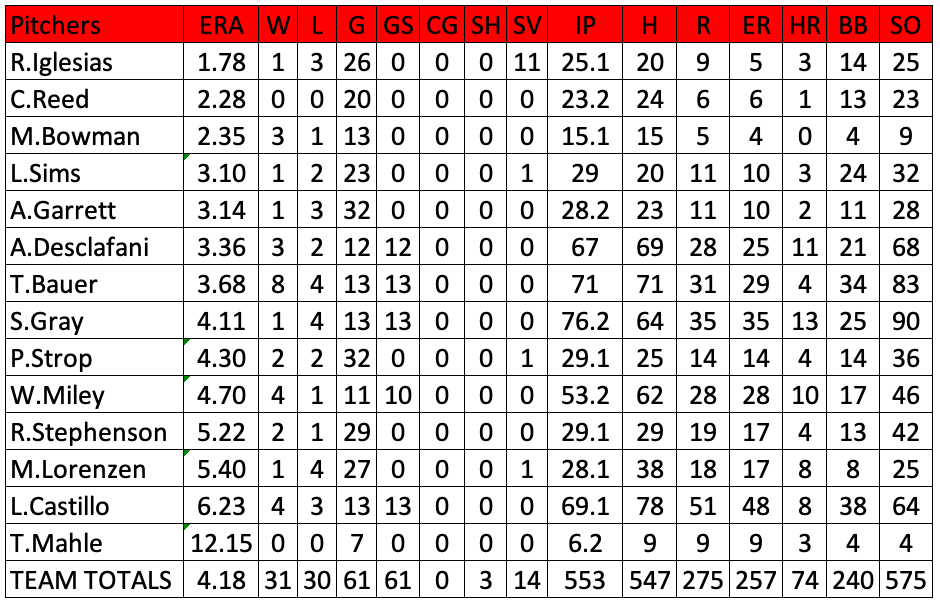