A nine-run seventh inning broke open a close game and sent the Cincinnati Reds (30-29) to a convincing 12-2 victory over the Chicago Cubs (32-28) at Wrigley Field.

The sim Reds held a 3-2 lead going into the top of the seventh inning, and then unloaded on three Cubs relievers for nine runs on six hits and four walks. Jesse Winker had a big inning, leading off with a single and then capping the scoring with a two-run home run. Other big hits in the inning came off the bats of Freddy Galvis, a bases-clearing double just before Winker’s home run, and a two-run pinch-hit single by Phillip Ervin. In Saturday’s Redleg Nation discussion looking ahead to today’s game, winning commenter/manager Gonzo Reds was only slightly off when he said, “Ervin will come up in a key spot and hit a pH HR anyway.” It was a key spot and Ervin knocked in two runs with a pinch-hit.

The victory was a nice bounce-back from back-to-back walk-off losses in an important early-season series against a fellow NL Central Division contender.

Luis Castillo pitched one of his better games of the sim season, going five innings and allowing the only two Cubs runs. 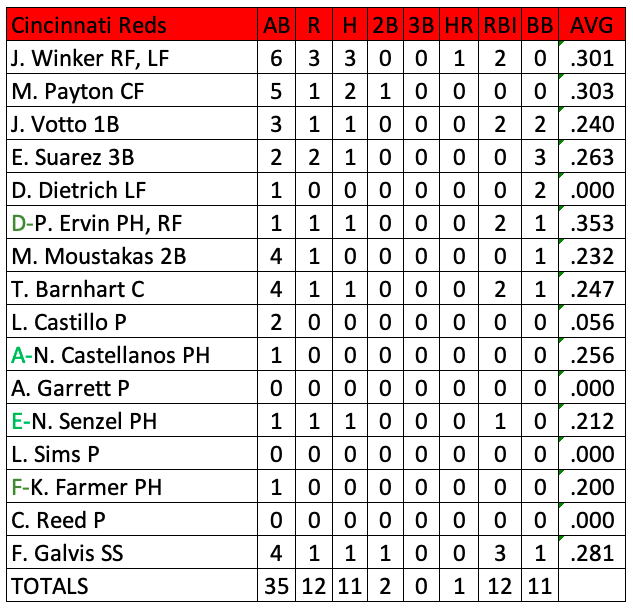 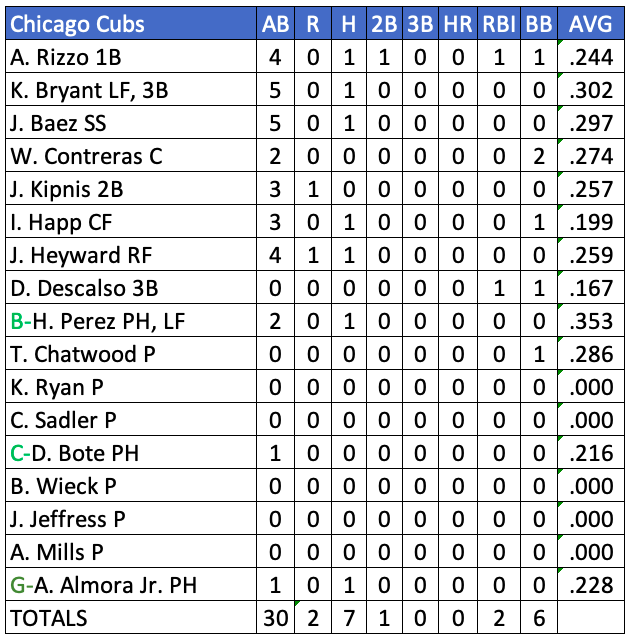 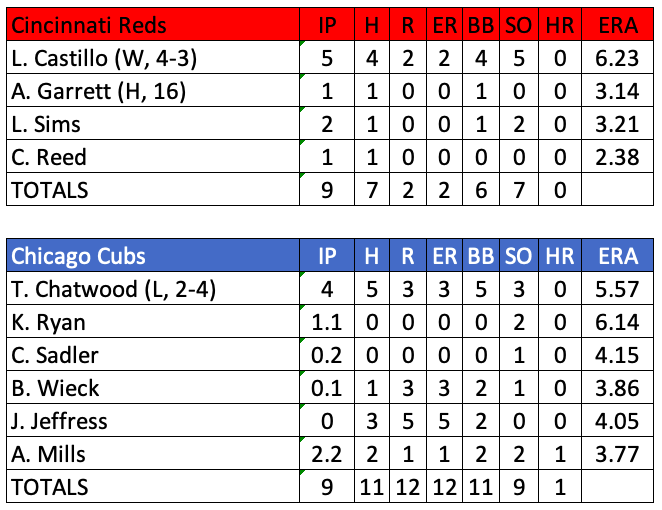 Standings following the May 31 games:

Division-leading St. Louis defeated Pittsburgh, so the Reds remain three and a half games off the first-place pace.

The 2020 schedule as currently constituted has the Reds back in Chicago Monday for the final game of the four-game series against the Cubs at Wrigley Field. Sonny Gray will pitch for the sim Reds, while right-hander Yu Darvish pitches for the Cubs.

Reds top prospect Hunter Greene is back in Arizona and he’s working with Trevor Bauer. Greene, who is nearly 14 months out from having Tommy John surgery, is spending time with Bauer to try and improve his secondary offerings.

Some owners willing to shut down the season

Buster Olney of ESPN is reporting that he’s hearing from sources that some owners are willing to shut down the season because it will allow them to save more money.

Sources say there is a group of owners perfectly willing to shut down the season, to slash payroll costs and reduce losses, and the disparate views among the 30 teams have been reflected in the decisions to fire and furlough. The Pirates’ Bob Nutting used the shutdown as an avenue to suspend team contributions to employee 401K plans — savings best measured monthly in the tens of thousands of dollars rather than the millions that would actually be difference-making for a franchise probably worth at least $1 billion. The Oakland Athletics’ John Fisher decided to eliminate the $400 weekly salaries of minor leaguers, which might save the franchise about the amount of the team’s unpaid stadium rental bill.

MLB versus the other leagues…..

For the love of god, stop comparing MLB’s public fight to the NHL and NBA. NBA owners aren’t demanding $800 million in ransom from NBA players to open the doors.

Corrected Tyler Mahle’s ERA, which was incorrect in the original posting.

Gonzo Reds has the priority for lineup selection for Monday because he was the winning commenter/manager today. Have fun with this! If you have any questions, please post them in the comment string below. Here are the “managerial records” of our Redleg Nation participants to date: