The sim Reds led 2-0 going to the bottom of the eighth. Cincinnati scored twice in the top of the fifth. Kyle Farmer doubled with one out, and one out later, Nick Senzel singled him in for the game’s first run. Wade Miley then singled, and Michael Lorenzen singled to score Senzel to make it 2-0. Phillip Ervin then walked to load the bases, which meant the end of the day for Cubs starter Jose Quintana. Casey Sadler came on, and induced Castellanos to ground out to end the rally.

Miley pitched perhaps his best game as a sim Red, going six shutout innings. But the Reds bullpen was not as effective. Former Cub Pedro Strop walked David Bote with one out in the bottom of the eighth, and Kris Bryant then tripled him in. Jose Baez followed with a sacrifice fly to tie the game.

In the bottom of the ninth, Reds reliever Lucas Sims walked leadoff batter Ian Happ. One out later, Hernan Perez singled, moving Happ to second. Albert Almora Jr. then hit a ball to first baseman Castellanos. He made a good stop on the ball, keeping it on the infield and the ball was scored an infield hit. But Castellanos then committed an error that allowed Happ to score from third and give the Cubs the win. 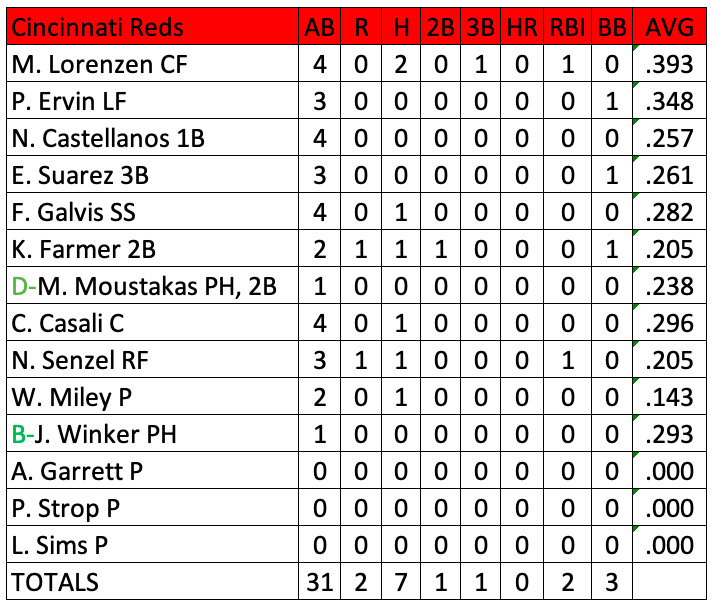 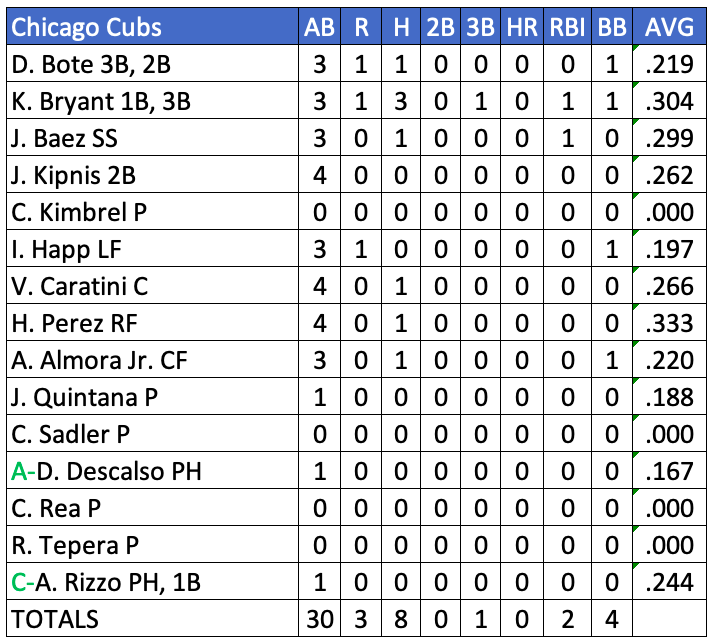 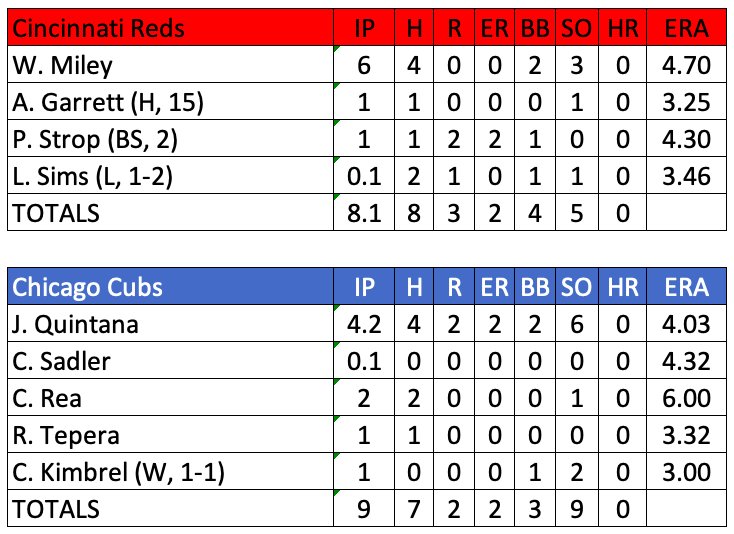 Standings following the May 30 games:

Division-leading St. Louis was blanked by Pittsburgh, so the Reds remain three and a half games off the first-place pace. Wins by both the Cubs and Brewers moved them within one and one and a half games, respectively.

The 2020 schedule as currently constituted has the Reds back in Chicago Sunday for the third game of the four-game series against the Cubs at Wrigley Field. Luis Castillo will pitch for the sim Reds, while right-hander Tyler Chatwood pitches for the Cubs.

Over at RedsMinorLeagues.com Doug Gray is reporting that the Cincinnati Reds will continue to pay their minor league players through September 7th – the furthest out such date by any team in baseball.