A five-run 10th inning explosion by the Pittsburgh Pirates (24-31) offense against relievers Pedro Strop and Michael Lorenzen broke open a classic pitching duel and sent the Cincinnati Reds (28-27) to a 6-1 loss at Great American Ball Park.

Five of the first six Pirates batters reached in the 10th inning. Three doubles, a triple and two walks did the damage. The sim Reds had a chance to put a dent into that lead when they loaded the bases with one out in the bottom of the inning. But Pirates reliever Keola Kela got Joey Votto to ground into a game-ending double play.

Eugenio Suarez continued with the hot bat. His 17th homer in the fourth inning gave the Reds their only lead. Sonny Gray, who was in charge for most of the game, allowed a one-out double by Kevin Newman, who then scored on a triple by Adam Frazier to tie the game at 1-1 in the top of the sixth. Gray pitched out of trouble and maintained the tie score.

The sim Reds had a chance to win it in the bottom of the ninth, when Suarez and Phillip Ervin both singled with two out. But Mike Moustakas grounded out, leaving them on base.

Despite the loss, the sim Reds have won eight of their past 11 and 11 of their last 15 games. 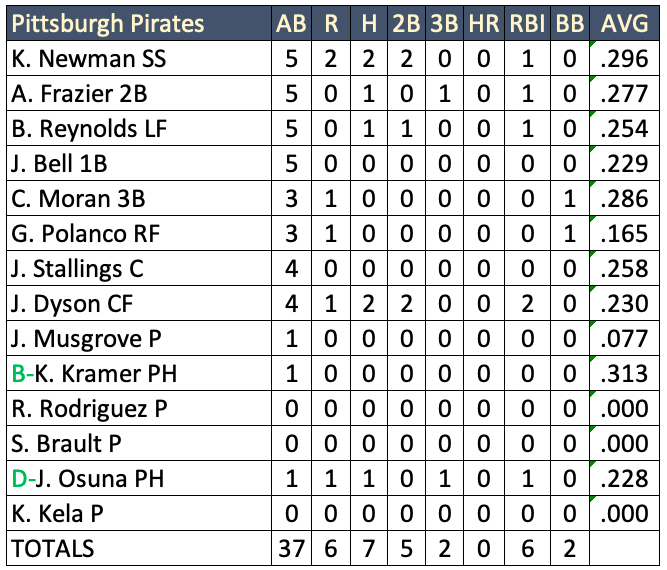 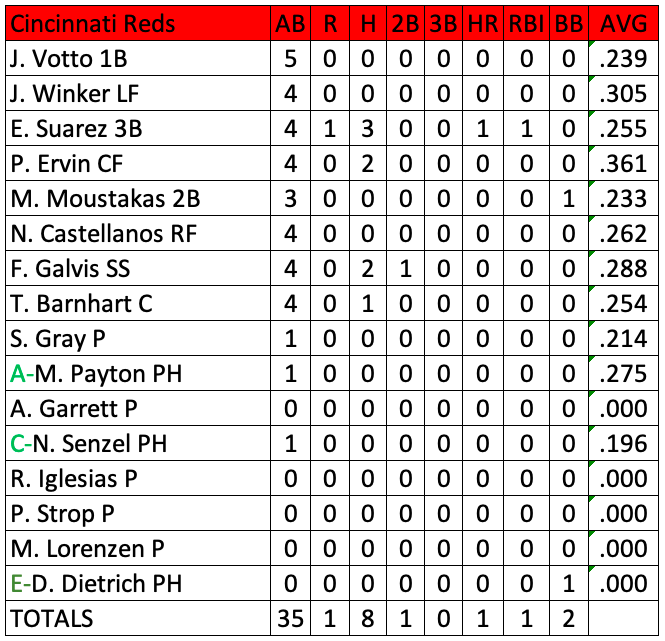 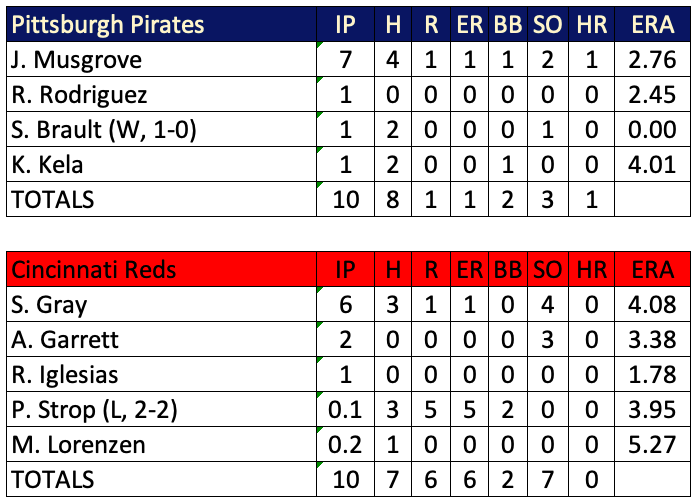 Standings following the May 27 games:

All of the NL Central teams other than Cincinnati won today, dropping the sim Reds into fourth in the tightly fought race.

The 2020 schedule as currently constituted has the Reds playing the final game of the three-game series against the Pittsburgh Pirates Thursday at Great American Ball Park. Trevor Bauer will pitch for the sim Reds, while righthander Mitch Keller pitches for the Pirates.