Three Cincinnati Reds (27-25) pitchers combined to limit the San Diego Padres (28-25) to two hits, and Michael Lorenzen was the star of the game despite not appearing in a pitching role. Final score: Reds 9, Padres 2 at Great American Ball Park.

Lorenzen got the start in centerfield from Redleg Nation commenter/manager James Owens, and the two-way player rewarded that faith. Lorenzen went 2-for-4 with a triple, home run, two runs scored and three runs batted in. In nine game appearances in non-pitching roles, Lorenzen’s slash line is a not-too-shabby .368/.435/.737/1.172.

Leading off the bottom of the first, Lorenzen smoked a triple off San Diego left-handed starter Joey Lucchesi, and Freddy Galvis brought him in with a sacrifice fly. The Padres tied things up in the top of the second, as Jurickson Profar hit his fifth homer of the season off starter and winner Anthony DeSclafani. But the sim Reds came right back to take a lead they would not surrender. In the bottom of the second, Mike Moustakas singled and Aristides Aquino doubled. Curt Casali then plated Moustakas with a ground out for a 2-1 Reds lead.

DeSclafani allowed only two hits in six and one-third innings, but his control escaped him in the seventh. He walked three of the first four batters, and was pulled in favor of Lucas Sims, who then walked Tyler Gresham to force in San Diego’s second run. Further damage was avoided when Will Myers grounded into an inning-ending double play with the bases loaded.

Aquino, who got the start in right field in his first game back after being recalled from the minors, also rewarded his manager. He went 2-for-4 with a double, run batted in and a run scored.

The sim Reds started what they hope will be another winning streak. The win, Owens’ third in five games as commenter/manager, means the red-hot Reds have won seven of their past eight and 10 of their last 12 games.

All of the NL Central teams except Milwaukee won today. The Brewers’ loss came at the hands of the Cubs, who remained virtually tied with the Reds for second place, two games behind division-leading St. Louis. 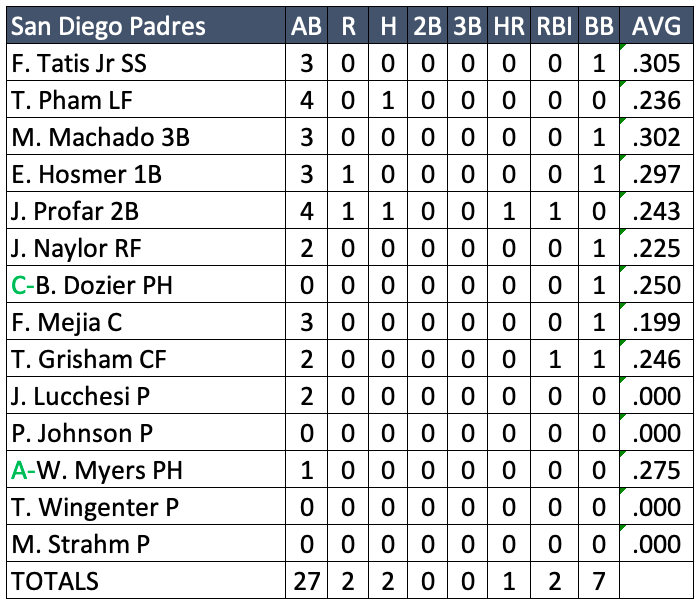 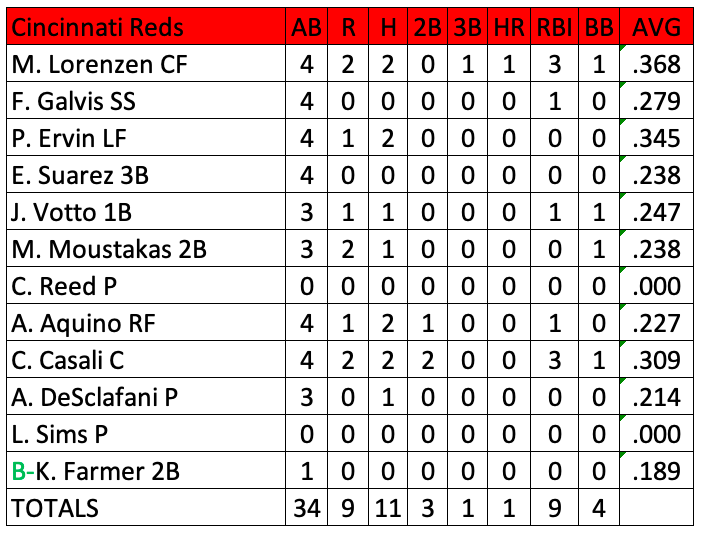 B-Subbed Defensively (2B) For Sims In 8th Inning 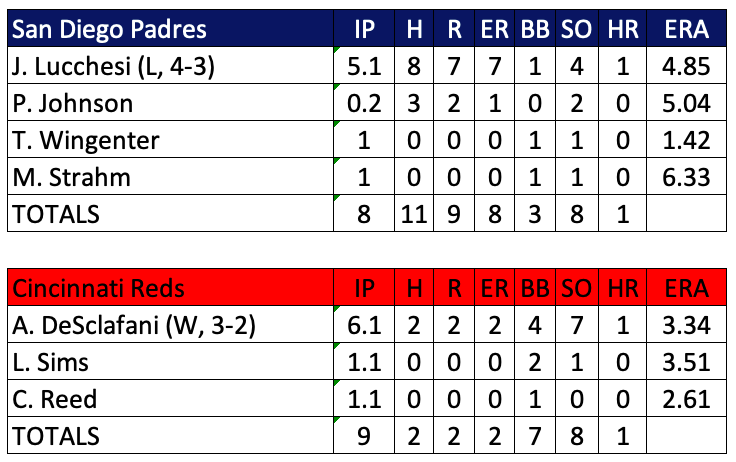 Standings following the May 24 games:

The 2020 schedule as currently constituted has the Reds playing the final game of the four-game series against the Padres Monday at Great American Ball Park. Wade Miley will pitch for the sim Reds, while right-hander Chris Paddack pitches for the Padres.

James Owens has priority for the Monday lineup since he won today’s game. Have fun with this! If you have any questions, please post them in the comment string below. Here are the “managerial records” of our Redleg Nation participants to date: