Shogo Akiyama returned from the 10-day injured list with four hits, including one which sparked a go-ahead four-run rally in the seventh inning, leading the Cincinnati Reds (25-24) to a 9-6 victory over the Cleveland Indians (32-19) at Progressive Field.

The sim Reds trailed 3-2 after six innings, but Akiyama led off the top of the seventh with a single against Indians lefty Oliver Perez. Akiyama is now leading the Strat-O-Matic universe with a .359 average. One out later, right-hander Adam Cimber was summoned to face right-handed-batting Phillip Ervin, who foiled that strategy with a single. Then, three straight left-handed batters did damage against Cimber.

Jesse Winker doubled, scoring Akiyama to tie the game, but Ervin was thrown out at the plate trying to also score from first base. But with two outs, switch-hitter Freddy Galvis followed with a double to score Winker and put Cincinnati up by a run. Joey Votto capped the inning with a two-run homer, his third of the season, to give the sim Reds a 6-3 lead they would not relinquish.

The victory put Cincinnati over .500 for the first time in the sim season, and allowed the visitors to sweep Cleveland in the brief two-game series. The win is the team’s fifth straight under the leadership of Redleg Nation commenter/manager Jon Davis, and eighth win in the past nine games. Both streaks are season bests.

First-place St. Louis lost to Atlanta, while the Reds and Cubs both won, making the NL Central race even tighter if that was possible. The Reds win and Milwaukee’s loss to the Yankees moved Cincinnati past the Brewers and into third place, only a half-game behind second-place Chicago and one and a half games behind the Cardinals. 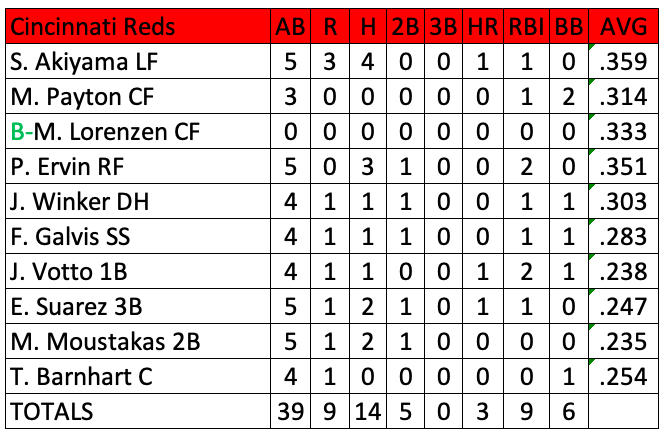 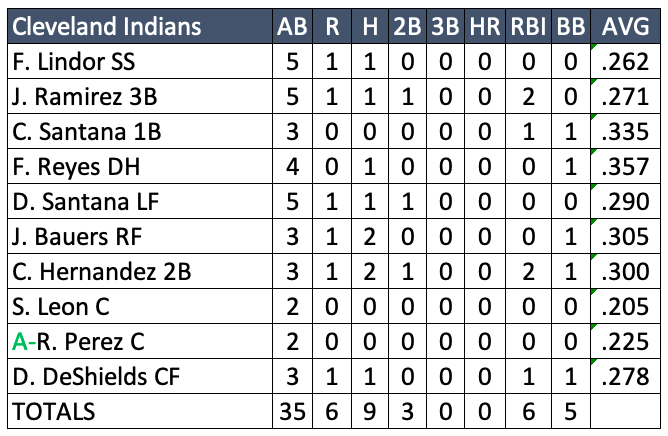 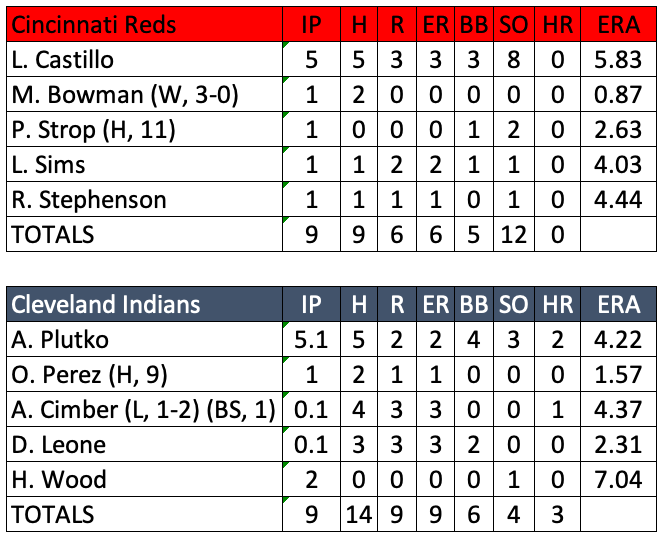 Standings following the May 20 games:

The 2020 schedule as currently constituted has the Reds off Thursday, returning to Great American Ball Park Friday for the first of four against the San Diego Padres. It also starts Cincinnati’s second streak of 17 straight days without a day off this month. Sonny Gray will pitch for the sim Reds, while right-hander Zach Davies pitches for the Padres.

The MLBPA could break the standoff by thinking big picture

Buster Olney has a piece at ESPN (ESPN+ subscription required to read the entire piece) about how the players association could use the leverage that they have right now in negotiations with the owners to take care of some long-term issues now, before the collective bargaining agreement is up after next season.

Minor League Baseball is in a lot of trouble

This morning at RedsMinorLeagues.com Doug Gray wrote about how there are some real problems that minor league baseball is facing and how the landscape for it could change forever.

The collapse and rebound of the sports card industry

Did you collect baseball cards in the 1980’s? If so, you know just how big things were back then. That stretched into the early 90’s, too, before things started to get out of control and the market sort of collapsed on itself. But today things are back to where they once were.

The hobby and the industry have never been so healthy and are in great shape,” said David Leiner, global general manager of The Topps Company, which has MLB’s card license. “We’re seeing a significant spike in interest in trading cards, in baseball cards in particular.

That’s what was told to Bill Shea of The Athletic for a piece he wrote this morning about the resurgence of the sports card industry. It’s an interesting story for those of you who once collected, or still collect cards.

Jon Davis has priority for submitting Thursday’s lineup, and he will try to extend the Reds’ win streak to six. Have fun with this! If you have any questions, please post them in the comment string below. Here are the “managerial records” of our Redleg Nation participants to date: