A three-run 11th inning rally and some clutch relief pitching by Michael Lorenzen propelled the Cincinnati Reds (24-24) to a hard-fought 4-2 victory over the Cleveland Indians (32-18) at Progressive Field.

With the score tied at 1-1 after 10 full innings, Joey Votto reached Indians right-hander Adam Cimber for his second triple of the season. Tucker Barnhart followed with a run-scoring single to give the sim Reds a lead they would not relinquish. But the offensive uprising continued, and it would be needed as it turned out. Centerfielder Travis Jankowski followed with a single, his third hit of the game. Cleveland right-hander Dominic Leone was brought on and retired Mark Payton on a popup. However, Phillip Ervin continued his hot hitting with a single that scored Barnhardt, and an error on the play by left fielder Domingo Santana allowed Jankowski to score all the way from first base with two outs.

Robert Stephenson struck out Carlos Santana to start the bottom of the 11th, but then things got dicey. Jake Bauers reached on an error by Votto, and then advanced to second and third base on consecutive Stephenson wild pitches. Domingo Santana walked, and that was all for Stephenson. Lorenzen came on and allowed a single to Jordan Luplow that scored Bauers to make the score 4-2. Cesar Hernandez then singled, loading the bases. But Lorenzen reached back for something extra and struck out Roberto Perez and Delino DeShields Jr. (son of Reds first base coach Delino DeShields Sr.) to end the game with the tying runs in scoring position.

Ervin was the Reds’ offensive star, reaching base four times in his six plate appearances. His seventh-inning solo home run accounted for the Reds’ 1-0 lead after eight and a half innings. Starting pitcher Wade Miley led the hurlers with perhaps his best start of the season, shutting out the Indians over 6.1 innings. He would have been in line for the victory had Raisel Iglesias not allowed the Indians to tie the game in the bottom of the ninth and send the game to extra innings. In the past 20 innings, sim Reds pitchers have allowed two earned runs.

Freddy Galvis had a 14-game hitting streak broken, but his glove showed up today. He was credited with two web gems at shortstop, both resulting in double plays.

The victory marked the sim Reds’ first time back at the .500 mark since they were 2-2. Their current four-game winning streak is their longest of the sim season, and Cincinnati has won seven of its past eight. The Reds and Indians finish their brief two-game series Wednesday in a game that marks the return of Shogo Akiyama from the 10-day disabled list. Akiyama is one of the top offensive players in the Strat-O-Matic sim league:

In order to add him back to the roster, one of the following players who have options remaining must be sent to the minors. We’re asking the Redleg Nation community to vote in the comments below on which one of these players should be sent down to make room for Akiyama:

First-place St. Louis won its second consecutive game to maintain the NL Central lead. Milwaukee, after losing three straight to Cincinnati, ended its losing streak to maintain its half-game edge on the Reds, who enter Wednesday’s play two and a half out of first place. 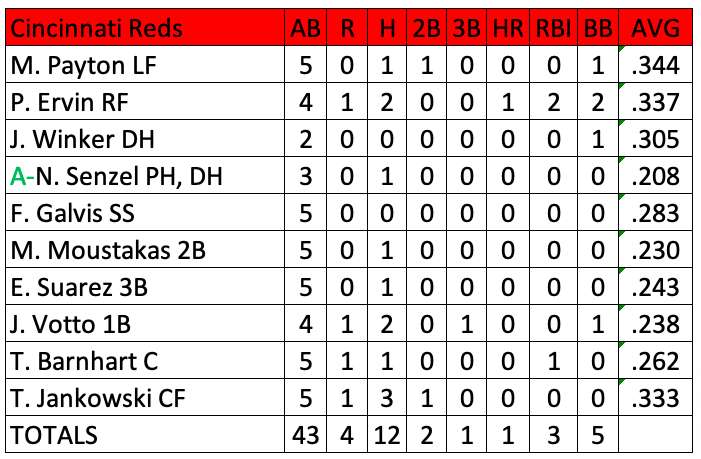 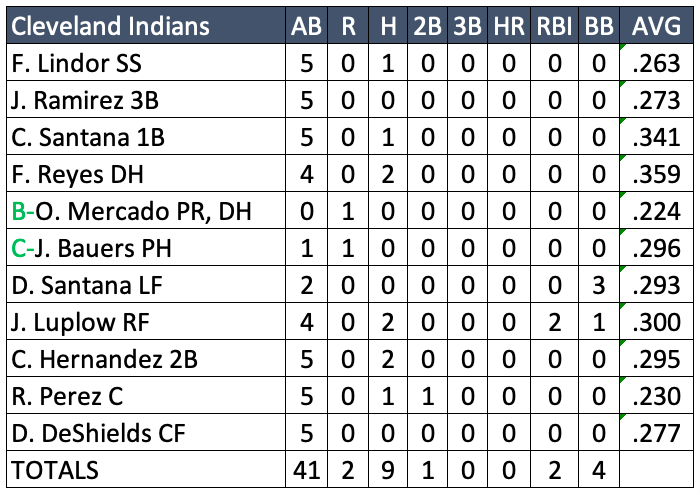 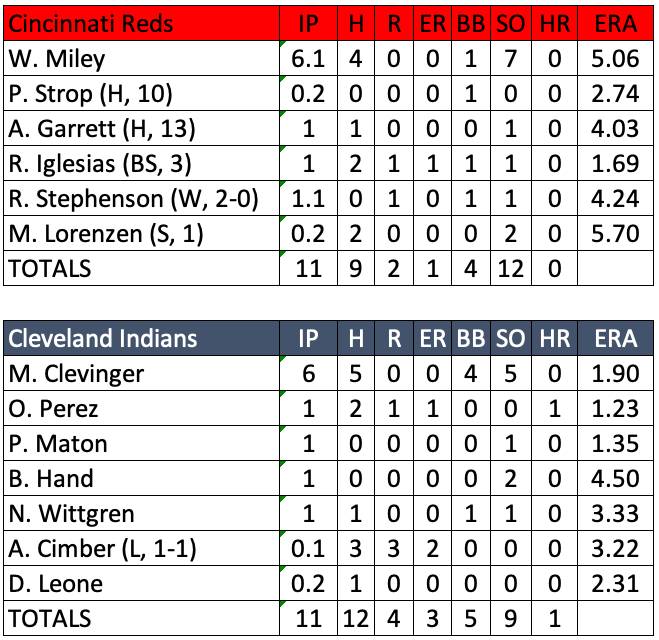 Standings following the May 19 games:

The 2020 schedule as currently constituted has the Reds finishing the very brief series and road trip in Cleveland Wednesday. Luis Castillo will pitch for the sim Reds, while right-hander Adam Plutko pitches for the Indians.

Reds crushing it on social media

There isn’t organized baseball happening right now, but that doesn’t mean that there aren’t players out there doing their thing and having a good time.

First, let’s take a look at the video that Cincinnati outfielder Aristides Aquino posted to his social media.

But it’s not just Aquino out there having a good time. Reds prospect Hunter Greene, who is now 13 months removed from Tommy John surgery, lit up the social media world with this clip that’s been viewed nearly half a million times on twitter.

At Beyond the Box Score this morning, Shawn Brody takes a look at how it’s the owners who should be taking a cut, not the players.

In this war between suppliers of labor and owners of capital, only one side is ever asked to make sacrifices for the Greater Good. The players never signed up for this, but the owners did. They chose greater leverage, exposure, etc. for the prospect of greater returns — which they kept for themselves. Now that this model has blown up in their face, it is not on the players to bail them out. The owners made this bed, they know what comes next. It is about (expletive deleted) time the owners of capital realize the downside of risk, something they knew was there the entire time. If the profits are theirs, so too should be the losses. If the losses are for everyone, so too should be the profits.

Jim Day was joined by Jim Maloney on the most recent episode of his podcast. Maloney joined the Reds in 1960 as a 20-year-old and spent 11 seasons with the Reds before he was traded to the Angels after the 1970 season. He only pitched one year for California before being released. In total he went 134-84 with a 3.19 ERA in 1849 innings during his playing career. Now go listen to the podcast.

Great pitcher, great person, great storyteller all wrapped into one! You won’t believe what players got away with in Jim Maloney’s day. Join us for an entertaining conversation on the latest episode of the Pod.https://t.co/JFgqkdcZ34 #Reds #MLB https://t.co/3Gqj8jVPic

Today’s exciting victory extended Jon Davis’ record as commenter/manager to 4-0, as he has set the lineups for each of the victories in the sim Reds four-game win streak. Therefore, he will have priority for Wednesday’s lineup, and he will try to guide the Reds over .500 for the first time all season. Have fun with this! If you have any questions, please post them in the comment string below. Here are the “managerial records” of our Redleg Nation participants to date: