For the second time in three games, defensive miscues cost the Milwaukee Brewers (24-24) dearly, and the Cincinnati Reds (23-24) took advantage in registering a 2-1 victory at Great American Ball Park.

The sim Reds scored both of their runs in the first inning. Mark Payton led off with a single (his first of three hits in the game), and Phillip Ervin followed with a single. Brewers left fielder Ryan Braun mishandled the ball for an error, allowing Payton to advance to third and Ervin to second. Mike Moustakas then followed with an RBI single against Milwaukee ace Brandon Woodruff, scoring Payton and moving Ervin to third.

Cleanup hitter Freddy Galvis then grounded into a double play, scoring Ervin from third. The inning ended without further damage. The second Reds run was unearned because had Braun not errored Ervin’s hit, Ervin would not have been in the position to score from third on the double-play grounder.

On the other hand, the defense was a key for the Reds. Center fielder Travis Jankowski, just recalled earlier in the day when Nick Castellanos was placed on the disabled list and inserted immediately into the lineup by commenter/manager Jon Davis, made a fantastic catch that Strat-O-Matic characterized as a web gem to end the game. Had Jankowski not made the catch, Justin Smoak would have been at least at second base representing the tying run against Raisel Iglesias, who earned his 10th save.

On a day when the simmering sim Reds offense was held in check, Reds pitching picked them up. Starter Anthony DeSclafani shut out Milwaukee over six innings, and the only run the Brewers scored was an eighth-inning solo home run by Luis Urias off of Pedro Strop.

Joey Votto reached base on each of his four plate appearances, with two singles and two walks.

The win was the sim Reds sixth in the last seven games, all on the last homestand. The first-place Cardinals were swept by Philadelphia in a three-game set, allowing the Reds to pull within two games of first place. Commenter/manager Jon Davis’ managerial record improved to 3-0, and he will have priority for the lineup for Tuesday’s game at Cleveland. The Indians have the most wins, 32, of any team in the Strat-O-Matic 2020 season simulation. Jesse Winker, who has been unavailable for the past four games due to injury, will return to action Tuesday.

Sunday’s results mean that only two games separate first-place St. Louis and fourth-place Cincinnati in the National League Central division. The Cubs broke a losing streak and defeated San Diego, pulling within one-half game of the lead. Milwaukee’s loss to Cincinnati was its third straight after a seven-game winning streak. 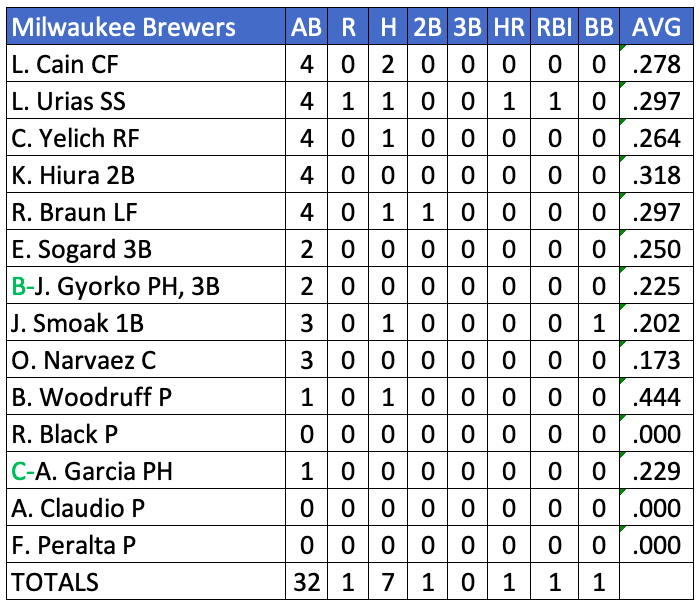 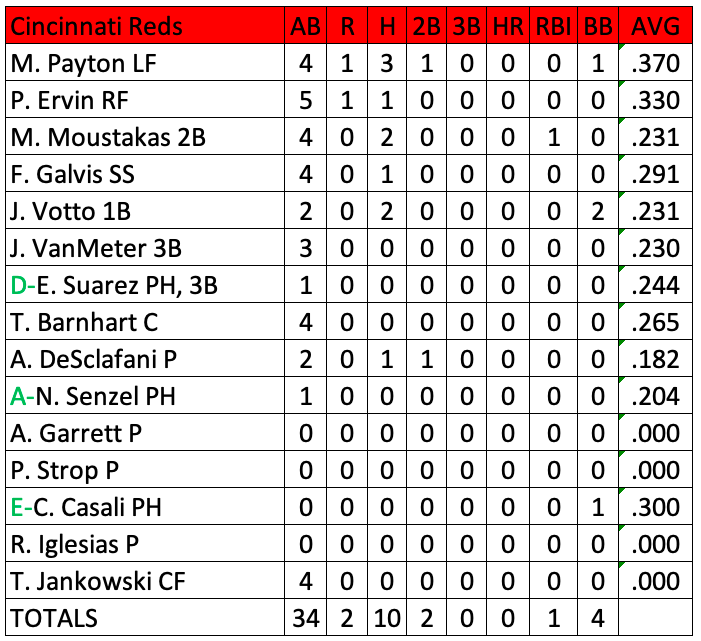 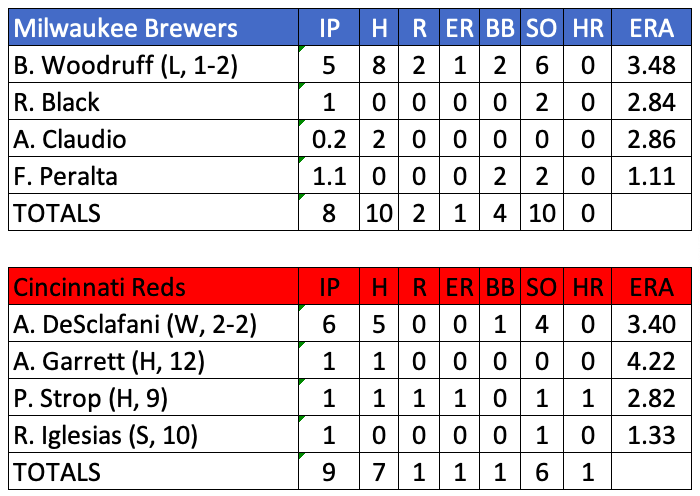 Standings following the May 17 games:

The 2020 schedule as currently constituted has the Reds traveling to Cleveland Tuesday to meet the Indians in the first of a short two-game series. Wade Miley will pitch for the sim Reds, while righthander Mike Clevinger pitches for Cleveland. The Indians have the second-highest team batting average in the simulation, .287, second only to Colorado’s .294.

Jeff Passan’s look at the safety plan at ESPN

We’re going to dive into this a bit more this coming week here at Redleg Nation, but this morning Jeff Passan of ESPN took a bit of a deep dive into what it would take to get MLB’s plan to actually work, and just how difficult it will be. You can read the entire piece here. He walks you through what a day would be like for a player, and it’s really something else with what they have to do immediately upon waking up, and then all the way through a typical game day.

Rawly Eastwick’s 1972 season for the Trois-Rivieres Aigles, the Reds Double-A team at the time, got the nod for the best relief season in the farm system for the 1970’s. The future closer for The Big Red Machine’s two World Series championships made 66 appearances that year with 119.0 innings thrown and 20 saves. It was a heck of a season and a sign of what was going to come. But in the research for the article, Doug Gray found a rather amazing situation in professional baseball history with ties to the Reds that same year.

David Laruila’s Sunday Notes over at Fangraphs is full of outstanding information today, so you really should be sure to check it out. But he had a tidbit on Jackie Robinson, the Brooklyn Dodgers, and the Kansas City Monarchs that I’d never seen before that really felt worth sharing today.

It is well known that Jackie Robinson broke baseball’s color barrier with the Brooklyn Dodgers in 1947. Many are also aware that Robinson had been playing for the Negro League’s Kansas City Monarchs when Branch Rickey signed him to a contract two years earlier. Less known is the compensation involved in that deal.

According to renowned Negro League historian Phil Dixon, there was none.

“[Robinson] was essentially stolen from the Kansas City Monarchs,” Dixon told me recently. “The Monarchs never received one dime for his contract. They had two white owners, J. L. Wilkinson and Tom Baird, and Branch Rickey knew that the two couldn’t fight for their players, because if they did, it would signal to America that these white men were trying to stop Negro League players from getting into the big leagues. So the Monarchs didn’t fight that war. They were originally going to file a lawsuit, but instead gave Jackie their blessing.”

Per Dixon, the Monarchs never sold another player to the Dodgers.