Nick Senzel went 2-for-4 with four runs batted in to lead a balanced Cincinnati Reds (22-24) offensive attack in a 13-4 victory over the Milwaukee Brewers (24-23) at Great American Ball Park.

The sim Reds scored all 13 runs in the first four innings as their predominantly righthanded batting lineup lowered the boom on Brewers lefthander Brett Anderson. The big inning was a six-spot in the bottom of the third inning. With one out, seven consecutive Reds reached base against Anderson and reliever Ray Black. Curt Casali walked with the bases loaded to open the scoring, then starter and winner Trevor Bauer poked a hit that knocked in a run. With the bases still loaded, Senzel smacked a two-run single, ending the day for Anderson. (Senzel’s two-hit game could have been a three-hit game had it not been for a web gem by Milwaukee second baseman Keston Hiura, who robbed him of a hit in the second inning.)

Unfortunately, later in the game, Castellanos was injured while running out a ground ball in the fifth inning, and will miss the next eight games, according to Strat-O-Matic. That means the Reds will play the final game of the four-game series against the Brewers Sunday with Castellanos, Shogo Akiyama and Jesse Winker all sidelined by injuries.

Redleg Nation readers are asked, in the comments below, to nominate a position player who should be brought up from the minors to replace Castellanos, who will go on the 10-day injured list. The player with the most votes by late Saturday evening will be brought up for Sunday’s game.

Strat-O-Matic’s previous listing of position players who can be recalled included:

Despite the recent rash of injuries, the sim Reds have won five of their last six games, their hottest streak of the sim season. Winning commenter/manager Jon Davis is now 2-0 in that role and will have priority for submitting a lineup for Sunday’s game. Many of the Reds players who got off to slow sim starts are now beginning to show signs of producing at levels closer to what Reds fans had hoped. It is an indication that perhaps over a larger sample size, the simulation statistics will appear closer to what fans might expect.

For the second consecutive day, all of the other teams in the NL Central Division lost. Cincinnati pulled to within three games of the leading Cardinals, and within one and a half of Milwaukee and Chicago, tied for second. 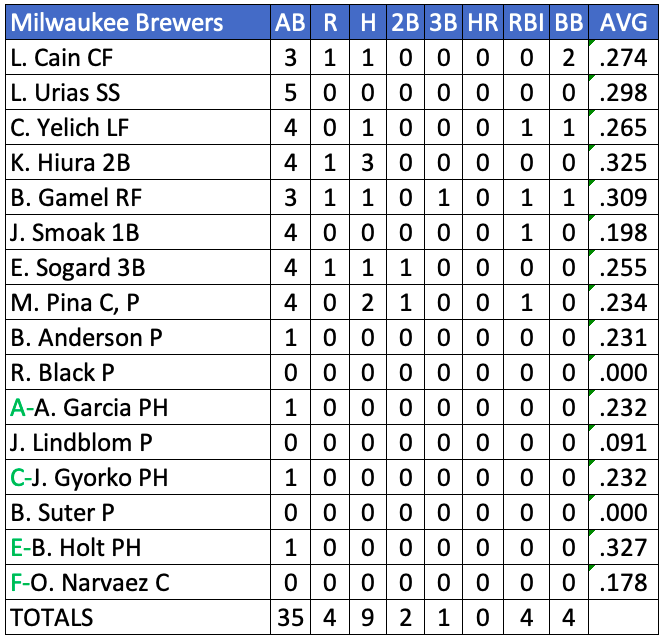 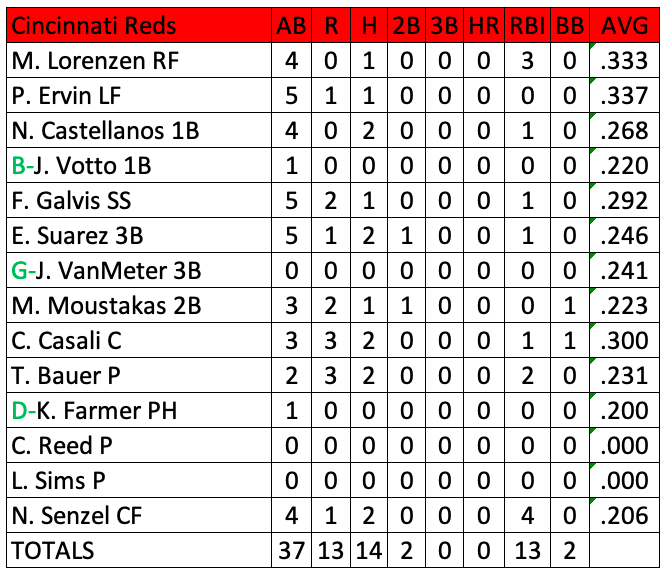 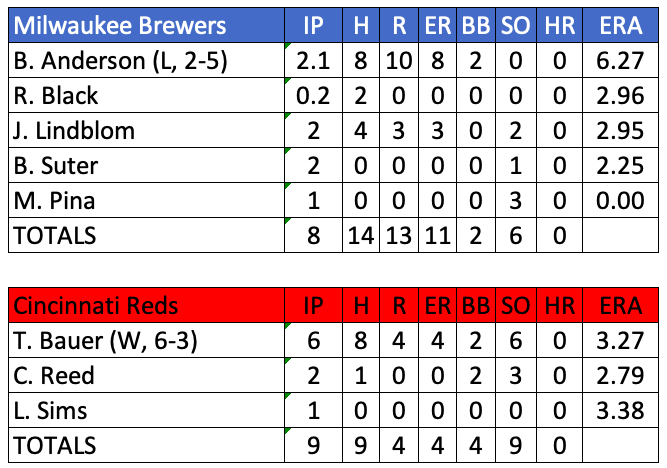 Standings following the May 16 games:

The 2020 schedule as currently constituted has the Reds hosting the Milwaukee Brewers at Great American Ball Park Saturday for the final game of the four-game series. Anthony DeSclafani will pitch for the sim Reds, while righthander and ace Brandon Woodruff pitches for Milwaukee.

Major League Baseball and the Major League Baseball Players Association have been meeting every day for the last half-week and almost all of their meetings have been around the safety for everyone involved in the game (not just the players, but the coaches/managers/training staff, and non-clubhouse staff that are all required to get a game in each day). Both Jeff Passan of ESPN, and The Athletic’s dynamic duo of Ken Rosenthal and Evan Drellich got their hands on MLB’s 67-page plan and have details.

Passan’s piece over at ESPN is free to read. So you may want to start there if you don’t have a subscription to The Athletic. But Drellich and Rosenthal’s piece at The Athletic has pictures laying out how team staff and players are supposed to be situated in and around the dugout in order to maintain proper social distancing, and well, it’s something else.

Both articles detail many aspects of testing, travel, expectations, etc. that is going to be in place for the games to happen. Let’s also be sure to note that all of this stuff needs to be approved by both the owners and the players to take place and that the likelihood that this is the only set of plans we see without a single change is very unlikely. But for now, it’s what we’ve got to look at and now both sides get to examine it and discuss it, and if they feel the need, make alterations to the plan to “fix” it.

For those of you who like to keep track of those sorts of things.

Old Cincinnati Reds footage to close out the notes

Had this retweeted into my timeline earlier today and thought it would be a fun thing to share.