Pitching was the name of the game for the Cincinnati Reds (19-23) today, as five sim Reds hurlers held the Miami Marlins (16-27) to five hits and one unearned run in a 4-1 Reds win at Great American Ball Park.

Miami scored in the fifth inning on a sacrifice fly by third baseman Brian Anderson, set up by a fielding error by catcher Curt Casali. But the sim Reds took the lead for good in the bottom of the sixth on a two-run homer by Red-hot Phillip Ervin off Miami starter and loser Jordan Yamamoto.

In the bottom of the eighth, Cincinnati scored two runs on no hits. Miami pitchers Brad Boxberger and Brandon Kintzler combined to walk five Reds batters in the inning, with the runs scoring on bases-loaded walks to Eugenio Suarez and Nick Castellanos.

Meanwhile, the relief staff slammed the door on the Miami offense with four innings of no-hit pitching. Raisel Iglesias picked up his ninth save, and Matt Bowman — who has recorded a 1.08 ERA since his recall — was credited with the win.

And on defense, second baseman Kyle Farmer was credited with TWO web gems! In both the fourth and the eighth innings, Farmer sent Jesus Aguilar back to the dugout just shaking his head in disbelief after he struck what he believed were solid singles.

Winning commenter/manager BK now has six wins in that role, tops among Redleg Nation participants, and it was his second straight win. Because he submitted a winning lineup today, he will have priority for submitting Wednesday’s lineup.

The National League Central division continues to tighten, as the St. Louis Cardinals defeated Pittsburgh, while the Chicago Cubs lost their second straight to Milwaukee. Today’s results place Chicago and St. Louis in a tie for the NL Central lead, Milwaukee two games behind, Cincinnati four and a half games back, and Pittsburgh sliding into the cellar, but only five games behind. 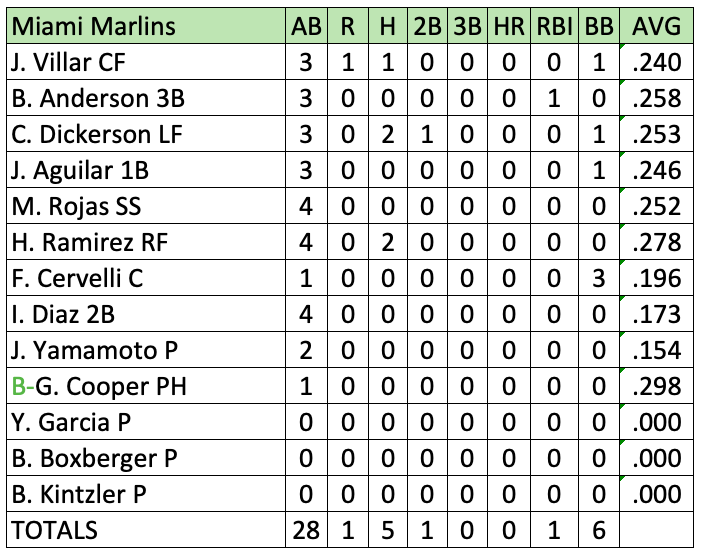 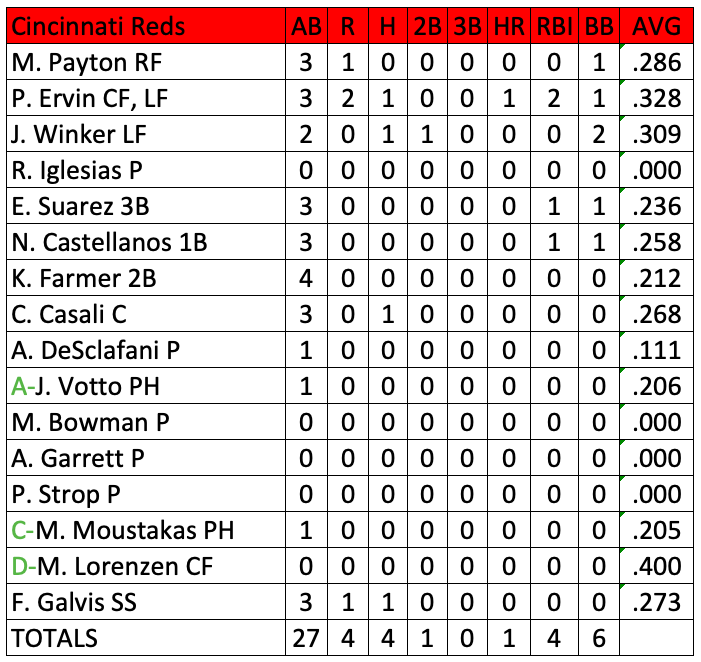 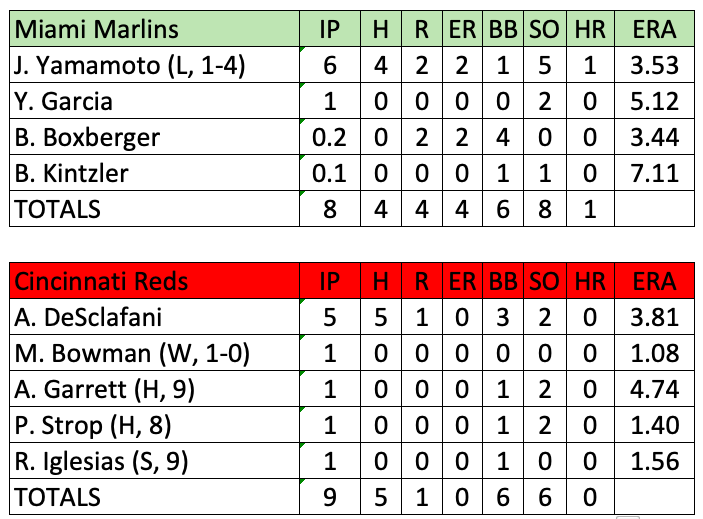 Standings following the May 12 games:

The 2020 schedule as currently constituted has the Reds hosting the Miami Marlins for the final game in the three-game set. Wade Miley will pitch for the sim Reds, while right-hander Elieser Hernandez pitches for Miami.

MLB suspended the World Baseball Classic before telling other countries

Bradford William Davis of the New York Daily News is reporting that MLB announced that the World Baseball Classic was being suspended until at least 2023. But that’s not the most interesting part of the story. The more interesting part is that other countries apparently hadn’t even been told that it was happening that way and they found out via media reports.

In his continuing series at RedsMinorLeagues.com Doug Gray took a look at the season of the decade for the 1970’s among position players this morning. He says it was an easy decision to go with Gary Redus and his 1978 season for the Billings Mustangs after Redus hit .462 on the year – a professional record that still stands.