The Cincinnati Reds (18-23) lit up Great American Ball Park with an atypical offensive power surge in an 8-4 victory over the Miami Marlins (16-26).

Of the sim Reds’ eight hits, four were for extra bases — a direct departure from most of the sim season. A five-run rally in the bottom of the second was the key for the home team. Josh VanMeter led off with a walk, followed by a single by Phillip Ervin and a run-scoring double by Joey Votto. Two outs later, it appeared that the rally might be one of many this season that has fallen short. But number nine hitter Freddy Galvis came through with a triple, followed by recently called up Mark Payton, who crushed a home run for his first sim major league hit. Tucker Barnhart added a two-run home run in the sixth, also his first of the year.

Trevor Bauer recorded his team-leading fifth win by pitching around five hits and five walks in six innings, allowing only one run. Lucas Sims finished the game, earning a three-inning save.

Winning commenter/manager BK now has five wins in that role, tops among Redleg Nation participants. Because he submitted a winning lineup today, he will have priority for submitting Tuesday’s lineup.

The National League Central division continues to tighten, as the Chicago Cubs continue to come back to the pack after a very hot start. The Cubs lost today to the Brewers, allowing the Cardinals to pull within one game and the Brewers to pull within three. The Reds, in fifth place, are only five and a half games behind the leaders. 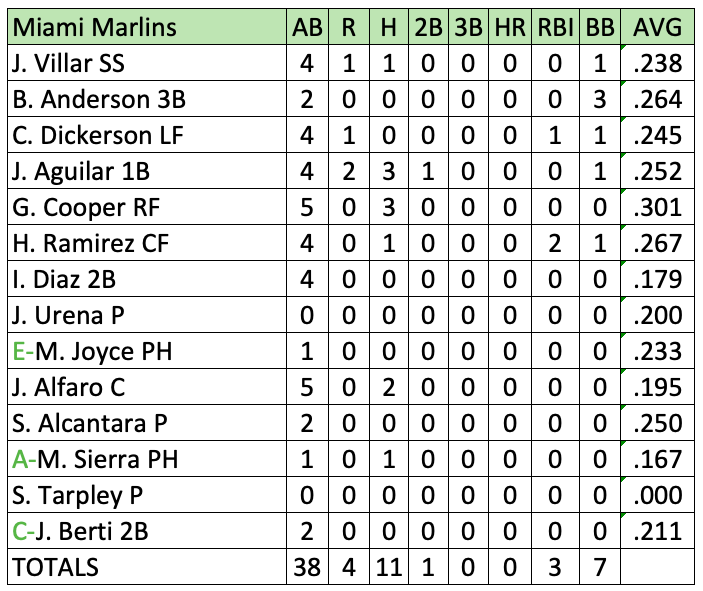 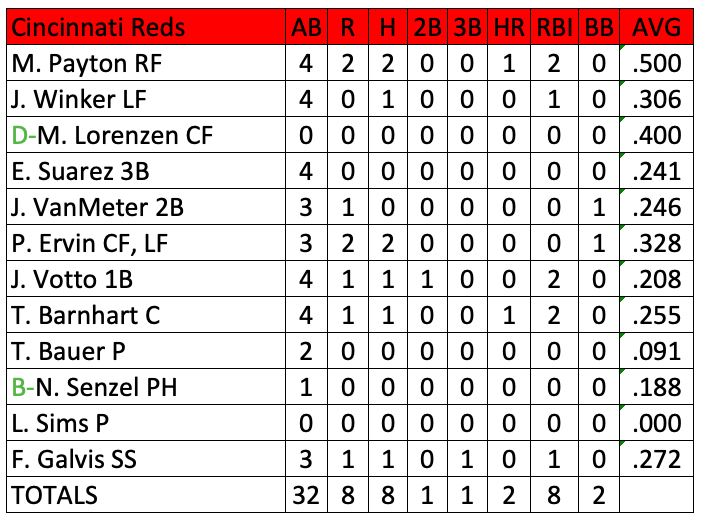 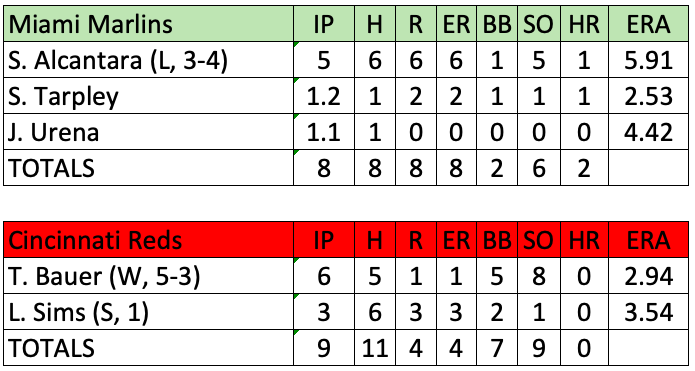 Standings following the May 11 games:

The 2020 schedule as currently constituted has the Reds hosting the Miami Marlins for the second game in the three-game set. Anthony DeSclafani will pitch for the sim Reds, while right-hander Jordan Yamamoto pitches for Miami.

MLB Owners approve proposal to send to the players

Ken Rosenthal of The Athletic seems to be the first to report it, but at 2pm this afternoon the owners of the 30 teams voted to approve a proposal to send to the Major League Baseball Players Association for review to get a season started. There’s a lot in the proposal – much of it covered by Bob Nightengale of USA Today early this morning. The two big things are the finances that MLB is asking the players to take a cut of, and the break down of the roster and “taxi squad”. Over at RedsMinorLeagues.com Doug Gray looked into what the “50-man” organizational roster could look like and what it could mean.

MLB’s Proposal would expand Reds roster up to 50 players

There is going to be more details that come out on this plan in the next day or two, and when we get more details, we’ll write about all of that here at Redleg Nation. I (Doug Gray) specifically wanted to wait for a few more details on what was actually in the proposal, as well as begin to hear some potential feedback from the players side of things once the plan was approved by ownership.

The World Baseball Classic won’t be played in 2021. I can’t speak for everyone else, but it’s one of the more fun events that baseball holds in my opinion and it’s a bummer to see that we will be missing out on it this year.

Source to ESPN Deportes: World Baseball Classic will not be played in 2021