After taking an early 4-1 lead, the Cincinnati Reds (17-23) saw their offense go to sleep and their pitching unable to hold the lead as the Colorado Rockies (17-22) won their third game in the four-game series at Coors Field, 7-4.

The sim Reds hit three home runs (by Jesse Winker, Nick Castellanos and Eugenio Suarez) in the first four innings. But Sonny Gray could not hold the Rockies’ offense down, and suffered his fourth loss in five decisions.

A key moment in the game occurred in the top of the fourth inning. After Suarez’s homer gave the Reds a 4-1 lead, Kyle Farmer doubled with two outs, and Tucker Barnhart followed with a single, one of his three hits. Farmer tried to score, but Rockies catcher Drew Butera expertly blocked the plate, both tagging out Farmer and ending the inning. What could have been a 5-1 lead with the chance for more damage was erased by Butera’s web gem. It was all Colorado thereafter.

Castellanos’ offensive resurgence continued, as he went 2-for-4 to increase his batting average to .264. Suarez knocked three hits, as his .247 average crept closer to a range Reds fans would expect.

The division-leading Cubs, Brewers and Pirates were all winners in games today. The Reds due to the loss fell a game and a half behind fourth-place Pittsburgh and six and a half games behind the Cubs. 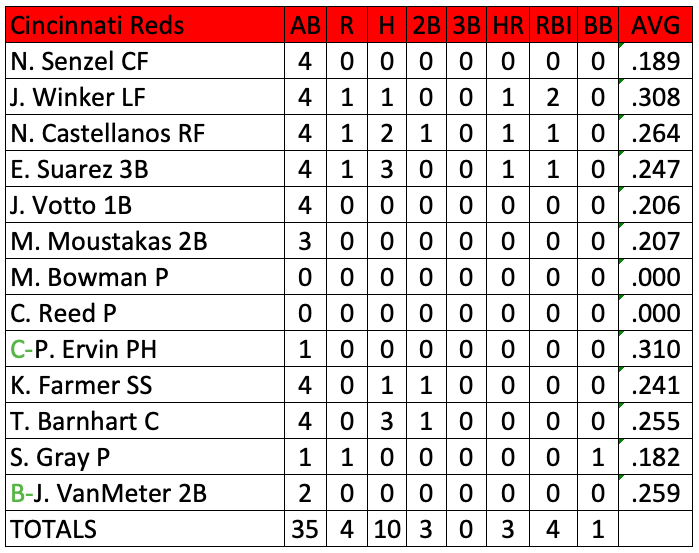 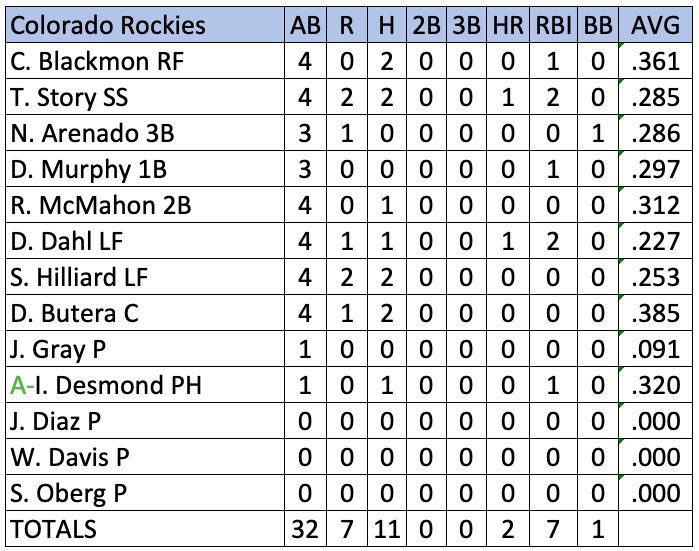 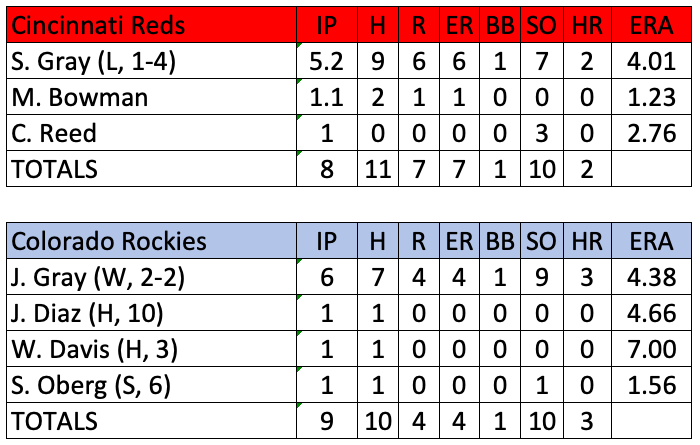 Standings following the May 10 games:

The 2020 schedule as currently constituted has the Reds returning home Monday for a seven-game homestand. First in are the Miami Marlins for a three-game set. Trevor Bauer will pitch for the sim Reds, while right-hander Sandy Alcantara pitches for Miami.

There was a no-hitter today in the Strat-O-Matic simulation league! Texas’ Corey Kluber no-hit the Tampa Bay Rays.