Colorado pounded sim Reds starter Luis Castillo for 10 hits and seven runs in only 2 1/3 innings on their way to the convincing victory. But the Reds suffered an even more difficult setback in what was their first significant injury of the sim season.

While batting in the sixth inning, Shogo Akiyama (unquestionably the best Reds player in the sim season to date) suffered an undisclosed injury while running out a ground ball, and will be sidelined for the next six games.

This poses some questions for the commenter/managers here at Redleg Nation:

Please respond to these questions in the comment section below. The community consensus will be sent to Strat-O-Matic this evening, along with the lineup for Sunday’s game.

In a super downer of a day for the sim Reds, one bright spot was that Nick Castellanos is beginning to show some of the hitting form Reds fans were expecting. He batted 3-for-5 in moving his batting average to .257 — a far cry from the depths at which it has been for much of the season. Jesse Winker continued his hot hitting, going 2-for-5 to raise his batting average to .310.

The Chicago Cubs lost again to the Washington Nationals today, so the Reds remain only 5.5 games behind the Cubs. But the rest of the NL Central won, so the Reds dropped into fifth place, one-half game behind the fourth-place Pirates. 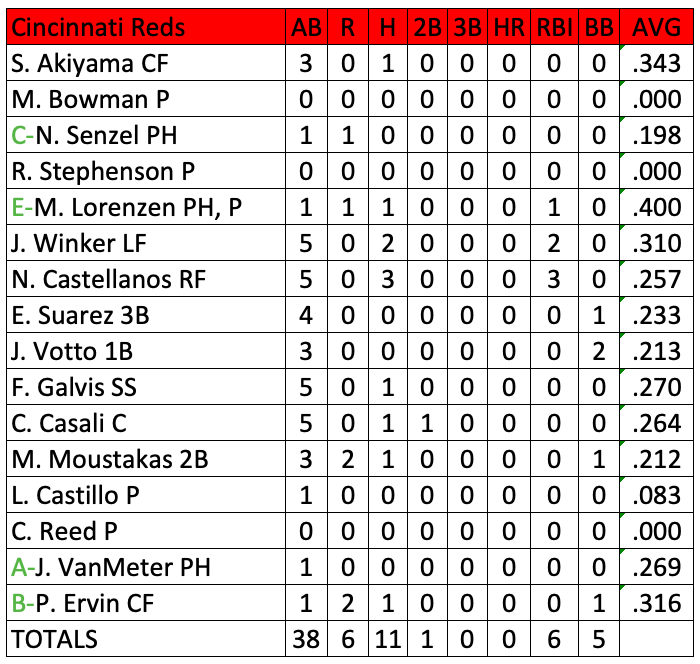 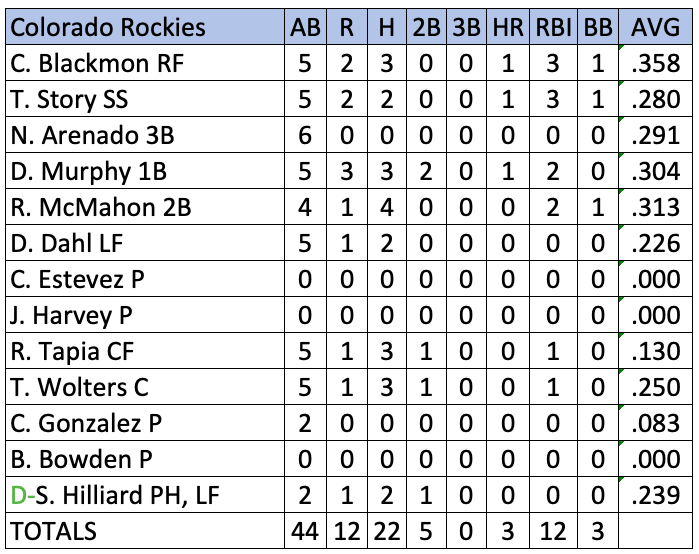 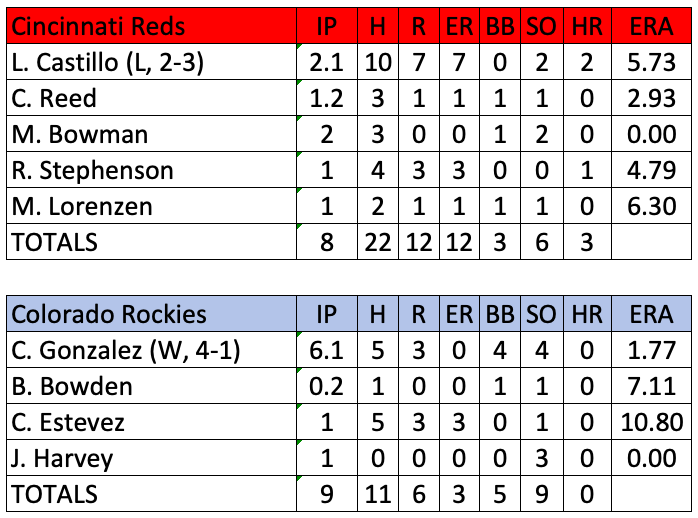 Standings following the May 9 games:

The 2020 schedule as currently constituted has the Reds playing the final game of the four-game series at Coors Field Sunday against the Colorado Rockies. In the battle of the Grays, Sonny Gray will pitch for the sim Reds, while right-hander Jon Gray pitches for Colorado.

Reports came out late on Thursday night, and were confirmed by others on Friday that the 2020 Major League Baseball Draft will only have five rounds instead of the usual 40. This isn’t groundbreaking news – we knew it was five rounds for a while, but MLB had the option to make it more if they got approval from the MLBPA – and they tried to make it 10 rounds, but with severe restrictions on rounds 6-10 (further than the already restricted rounds 1-5) as well as severe restrictions on undrafted free agent signings. The MLBPA turned down that offer and MLB has decided to just go with a five round draft on June 10th. For more details on that, and the restrictions that teams will be facing, Doug Gray has it all covered over at RedsMinorLeagues.com.

This story is nearly two weeks old at this point, published at MLB.com by Anthony Castrovince on April 30th – but it caught our attention last night and we felt it was a cool story to share. It’s written around the idea of where a dropped third strike but the runner can advance to first base comes from, but the lede is certainly buried in my opinion because it actually notes that a game that’s almost identical to what we now know as baseball existed in the 1790’s. The only real difference between that game, which was actually called base-ball, and the game we have seen evolve over the years from the mid-1800’s as baseball is that the earlier version didn’t include walks or strikeouts. It’s a fascinating story worth checking out if you are into the history of baseball.