Missed opportunities on offense proved to be critical for the Cincinnati Reds (16-20), who also missed a chance to score their first three-game series sweep of the sim season in falling to the New York Mets (16-21) by a 3-1 score at Citi Field.

The Mets scored three runs in the bottom of the fourth inning off sim Reds starter and loser Trevor Bauer. The runs were delivered by a couple of players who would normally be considered light-hitting. Catcher Tomas Nido doubled home two Mets runs, and shortstop Amed Rosario followed with a run-scoring triple.

Cincinnati’s lone run came in the top of the third on an RBI single by Tucker Barnhart. But the missed opportunities included:

The sim Reds had eight hits and six walks, but could only score once. One key may have been that all of their hits were singles.

With the loss, the Reds again dropped into fourth place in the NL Central, one-half game behind Milwaukee. 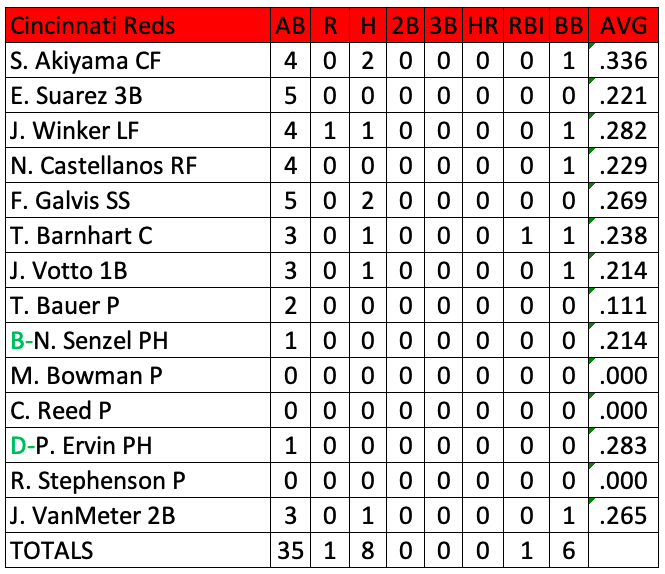 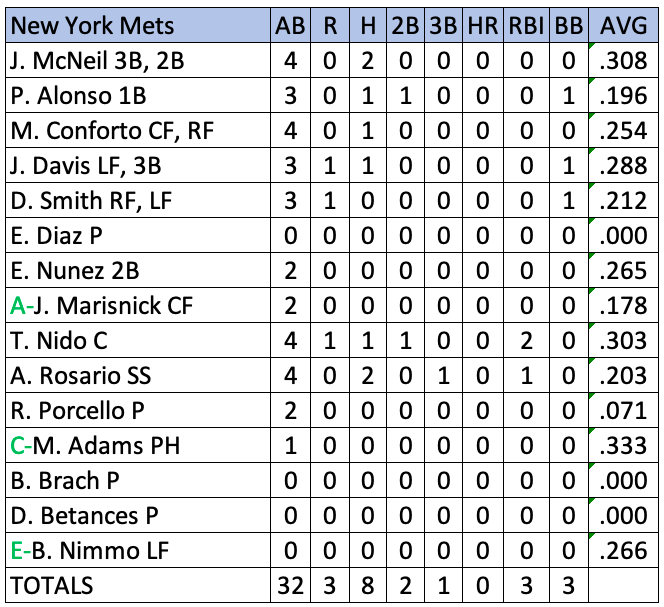 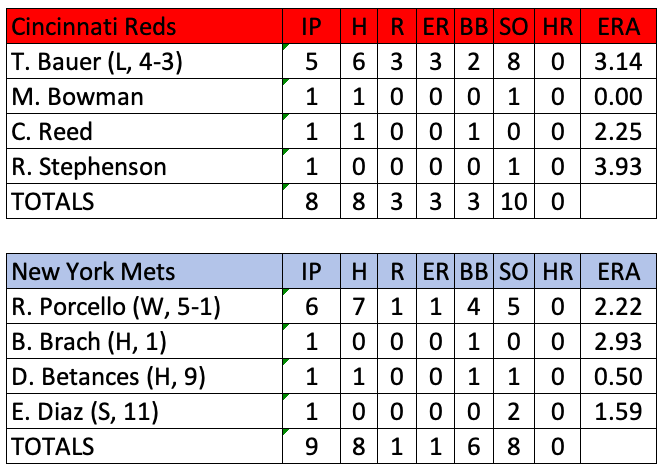 Standings following the May 6 games:

The 2020 schedule as currently constituted has the Reds moving on to Coors Field Thursday to play the first of a four-game series against the Colorado Rockies. Anthony DeSclafani will pitch for the sim Reds, while right-hander Ashton Goudeau pitches for Colorado.

MLB has not yet presented a formal plan to the MLBPA

We’ve seen a lot of ideas tossed out, leaked, whatever from Major League Baseball as it relates to trying to get baseball started back up here in the United States. The most recent plan would involve playing home games in home cities, without fans, and with re-aligned divisions that are basically just a combination of the two leagues “directional” divisions (the NL and AL Central simply become “the central”).

In an interview with Marly Rivera of ESPN, MLBPA’s Tony Clark says that as of right now, Major League Baseball has not sent them any sort of formal plans to look over for trying to get the season going.

Despite all that has been floated and all the rhetoric that is out there, we have not received anything formal that details an actual plan. To Carlos’ (Correa) point, unless or until we see and receive an actual proposal with a plan or plans — because my guess is there’s going to need to be flexibility in whatever is going to be considered — it’s all assumptions. It lends itself to the uncertainty because there’s a lot of ideations, but not any substance behind them just yet.

There’s a lot to unfold within the interview, both regarding the plans to get baseball back, as well as some stuff as it relates to the union and upcoming collective bargaining agreement. So go give it a read.

Some good news, because we all need that right now

The Pedro Martinez Foundation, started and led by Hall of Famer Pedro Martinez, organized a coalition of over 40 current and former Major League Baseball players to help raise money for coronavirus relief efforts in his home country of the Dominican Republic. As of right now it’s raised over $550,000 that will help provide PPE, other supplies, and food to the country.

Marly Rivera of ESPN wrote more about the foundation’s efforts, noting that Major League Baseball and the Players Association will be making a donation that will be announced next week. Rivera also noted some of the players who have joined in helping with current Red Luis Castillo, and former Reds Johnny Cueto and Edwin Encarnacion being among them.

Taiwan to have limited fans in the stands later this week

Here in America we don’t have a plan for baseball yet, but in Taiwan the regular season is well under way and later this week they are going to begin to allow a limited number of fans into the stadium to watch the games.

We are hoping to allow 1000 fans to our stadiums as early as May 8th!Thank you to all the frontline workers at @MOHW_Taiwan for making this possible! #CPBL #TaiwanCanHelp#baseball pic.twitter.com/SaarkBuZsg