Eugenio Suarez doubled home Jesse Winker in the top of the 12th inning to bring the Cincinnati Reds (16-19) all the way back from an early 3-0 deficit to defeat the New York Mets (15-21) by a 4-3 score at Citi Field.

The sim Reds saw the Mets jump out to a 3-0 lead after the first two innings against starter Sonny Gray. But he and six relievers held the home team scoreless the rest of the way, allowing the Reds offense to do some damage of its own.

In the top of the third, Shogo Akiyama doubled in Freddy Galvis, who had singled with two outs against Mets starter Marcus Stroman, to pull Cincinnati within two runs. Then in the fourth, Tucker Barnhart led off with a single, and one out later Joey Votto walked. Gray sacrificed the runners to second and third, and Galvis came through with a clutch two-out single to tie the game at 3-3.

The Mets threatened to end it in the bottom of the ninth, but Pedro Strop, who has been lights-out in the Reds bullpen, put down a two-on-and-one-out rally to send the game to extra innings.

Wade Miley was unexpectedly brought on in relief in the bottom of the 11th, and received credit for the win, his fourth in five decisions. Miley’s win total matches that of his commenter/manager BK, who became the first Redleg Nation commenter/manager to record four wins in that role. Because his team won, he will have the priority for which Reds lineup is sent to Strat-O-Matic for tomorrow’s game. The Reds will shoot for four wins in a row, to hopefully offset a four-game losing streak which immediately preceded the current winning streak.

Mike Moustakas was hit by a Stroman pitch in the fifth inning, and will miss Wednesday’s game due to the injury, Strat-O-Matic reported.

With the win, the Reds advanced closer to first-place Chicago (five games behind) and second-place St. Louis (two games behind the Cardinals. The NL Central is the closest sim division from top to bottom, as only seven games separate the Cubs from last-place Pittsburgh. 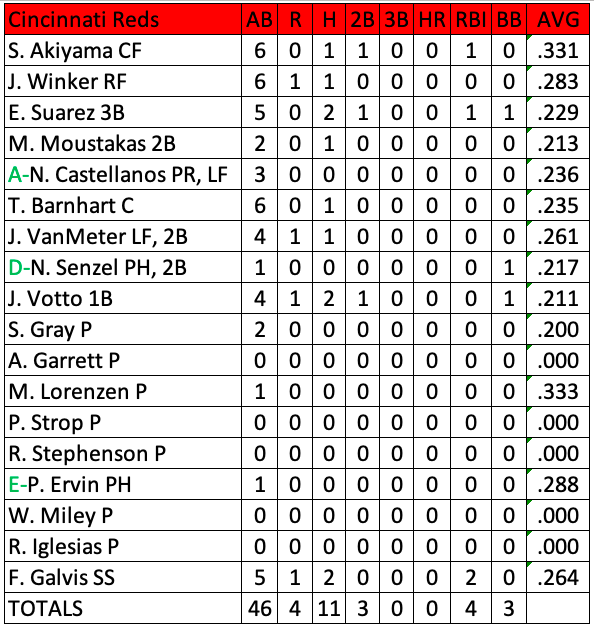 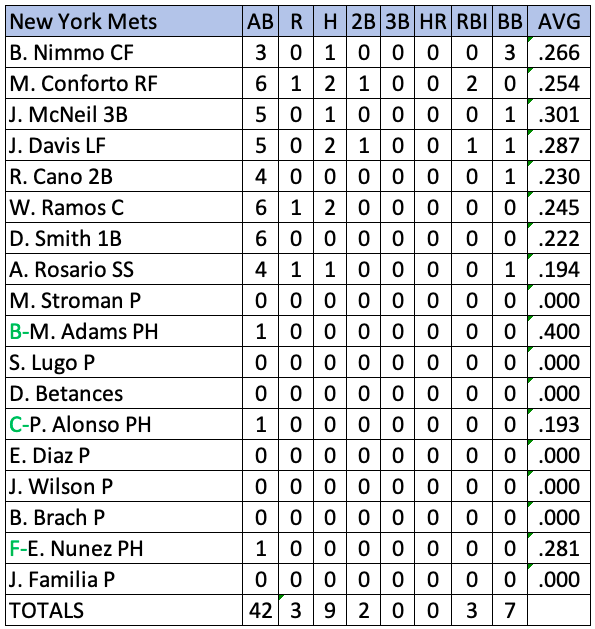 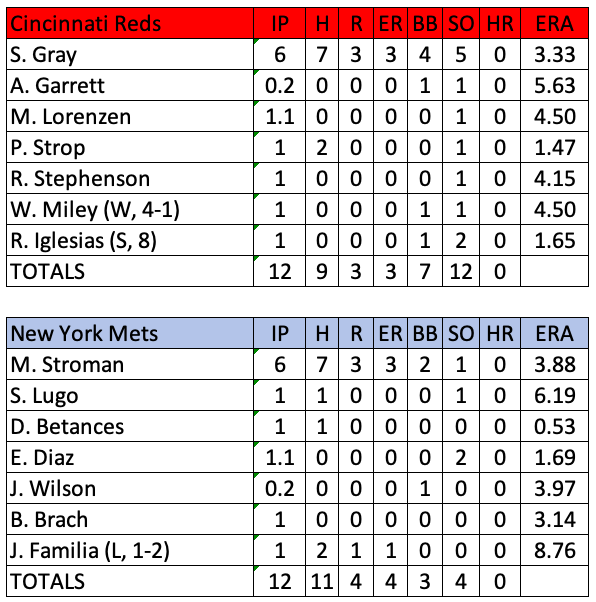 Standings following the May 5 games:

The 2020 schedule as currently constituted has the Reds playing the Mets in the final game of the three-game series Wednesday. Trevor Bauer will pitch for the sim Reds, while righthander Rick Porcello will pitch for the Metropolitans.

Did you know Danny Tartabull was once in the Reds farm system?

It wasn’t until the last decade that I was aware that Danny Tartabull used to be a Cincinnati Reds minor leaguer. And boy was he a good one, too. In 1981, as an 18-year-old, he led the Florida State League in average, on-base percentage, slugging percentage, and extra-base hits by a wide margin. That season got the nod over a few seasons by Eric Davis, Gary Redus, and Kal Daniels (among a few others) for RedsMinorLeagues.com’s Season of the Decade among position players on the farm system in the 1980’s.

Mike Petriello of MLB.com has up an incredible article today about former Major League pitcher George Brunet. If you have never heard of him before, don’t feel bad – you probably aren’t alone. He has a solid MLB career from 1956-1971, pitching in 324 games and throwing 1431.2 innings with a 3.62 ERA (92 ERA+).  He first pitched professionally, in the minors, in 1953. There are reports, though Baseball Reference is missing the stats for it, that he pitched in 1989 in the Mexican League as his final game as a pro. At worst, there’s proof that he did pitch in the Mexican League in 1985. It was a fun read with plenty of history to it. If you’re into that kind of thing, go check it out.