Luis Castillo hurled the best game by a sim Reds pitcher to date, leading the Cincinnati Reds (15-19) to a 3-0 victory over the New York Mets (15-20) at Citi Field.

Castillo pitched eight innings, allowing four hits and four walks while striking out seven Metropolitans on his way to his second win of the season in four decisions.

For five innings, the game was a scoreless “good old good one” (as Marty Brennaman may have called it) between Castillo and Mets ace Jacob deGrom. Neither team recorded an extra-base hit in the game. But the sim Reds broke through in the top of the sixth. With one out, Freddy Galvis singled and stole second base. Then, Jesse Winker delivered a clutch two-out hit to score Galvis, giving the Reds a lead they would not relinquish.

Tucker Barnhart delivered two key insurance runs in the eighth with a two-out, bases-loaded single against reliever Justin Wilson. Raisel Iglesias completed the shutout, but not without some tense moments. Two of the first three Mets batters reached against Iglesias in the bottom of the ninth, but he rebounded by striking out Amed Rosario and popping up pinch-hitter Eduardo Nunez to earn the save.

BK becomes the first Redleg Nation commenter/manager to record three wins in that role. Because his team won, he will have the priority for which Reds lineup is sent to Strat-O-Matic for tomorrow’s game, in which the Reds will shoot for three wins in a row.

With the win, the Reds climbed over Milwaukee and back into third place in the NL Central. The sim Reds are three games behind second-place St. Louis, and six games behind the division-leading Cubs, who the Reds will not face for the first time until the end of the month. 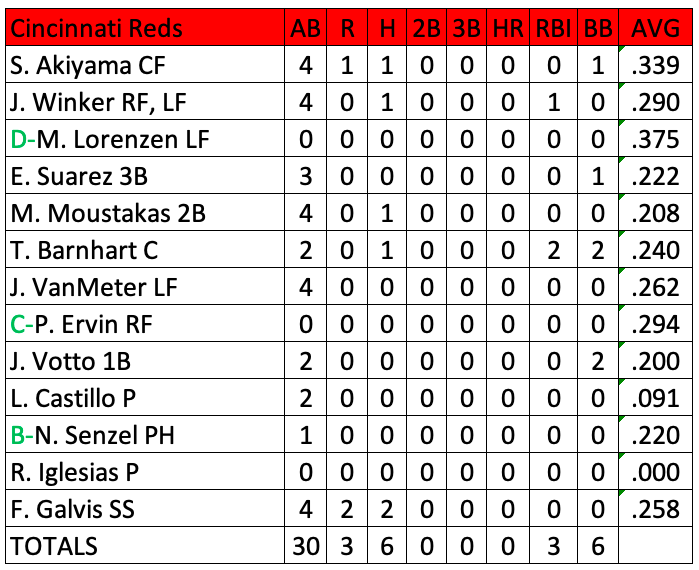 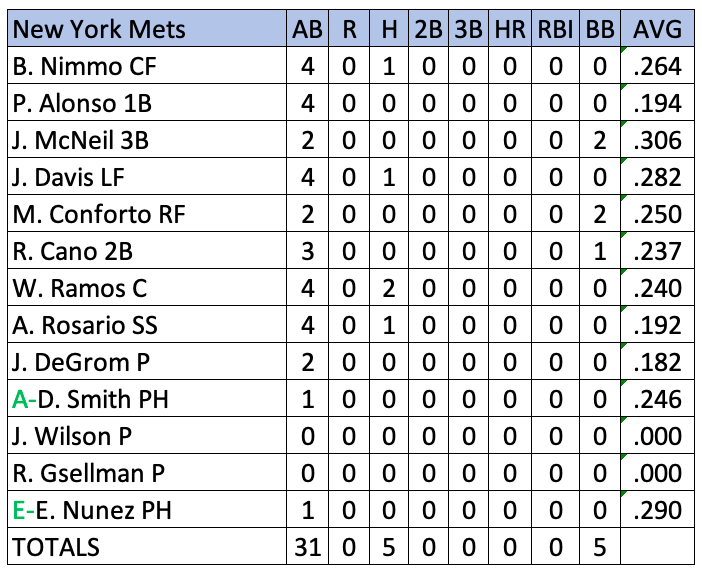 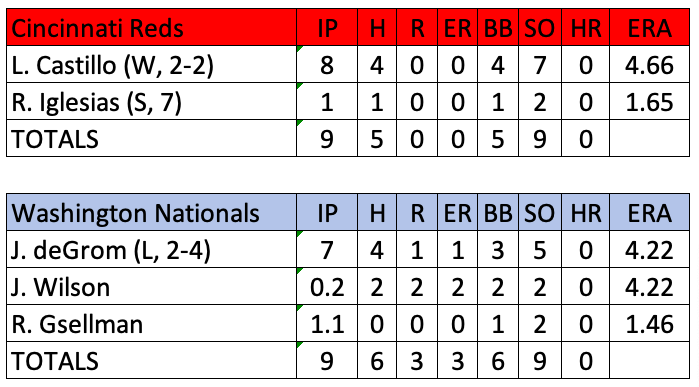 Standings following the May 4 games:

The 2020 schedule as currently constituted has the Reds playing the Mets in the middle game of the three-game series Tuesday. Sonny Gray will pitch for the sim Reds, while righthander Marcus Stroman will pitch for the Metropolitans.

The Korea Baseball Organization is about to start playing

The KBO will begin their regular season on Tuesday, with ESPN broadcasting the game between the Samsun Lions and the NC Dinos Tuesday morning at 1am. Load up on that caffeine now! Or just set your DVR and watch it tomorrow. Need to know more about the KBO and how to watch the games? We’ve got you covered.

Let’s get ready for some KBO baseball!

In some minor league news, the Cincinnati Reds Advanced-A affiliate, the Daytona Tortugas, have lost out on the opportunity to host the 2020 Florida State League All-Star game as the league has cancelled the event.