The sim Reds led 4-1 heading to the bottom of the eighth. Garrett began the inning by allowing three of the first four Washington hitters to reach on two walks and a single. With lefthanded batter and famed Reds killer Eric Thames due up, the Nationals instead played the lefty-righty matchup by sending up the righthanded batting Robles against the lefthander Garrett. The strategy, needless to say, paid off.

Cincinnati scored first in the top of the first on an error by Nationals shortstop Trea Turner, a single by Eugenio Suarez, and a sacrifice fly by Mike Moustakas. Washington tied the game in the bottom of the third on a solo home run by Howie Kendrick, the only damage the Nationals were able to do against Reds starter Trevor Bauer.

In the fifth, the Reds tallied three times on an RBI triple by Freddy Galvis, followed by RBI hits by Shogo Akiyama and Suarez against Stephen Strasburg.

With the loss, the Reds fell to fourth in the NL Central, one-half game behind third-place Milwaukee and a game and a half ahead of fifth-place Pittsburgh. 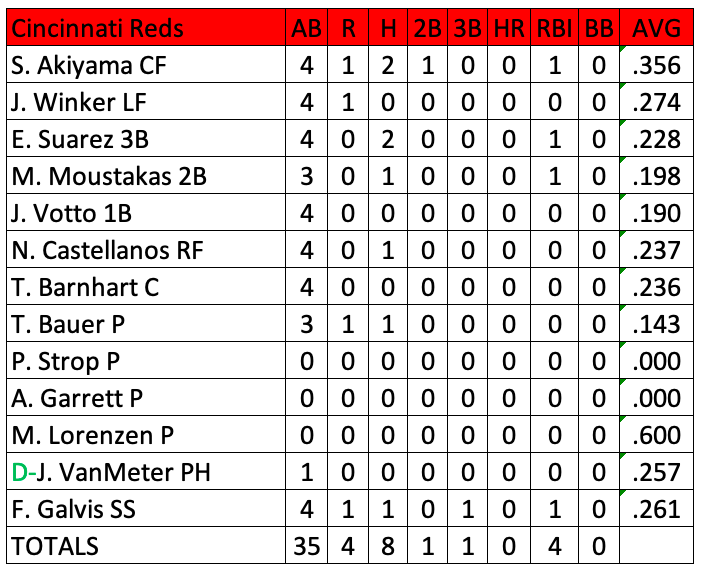 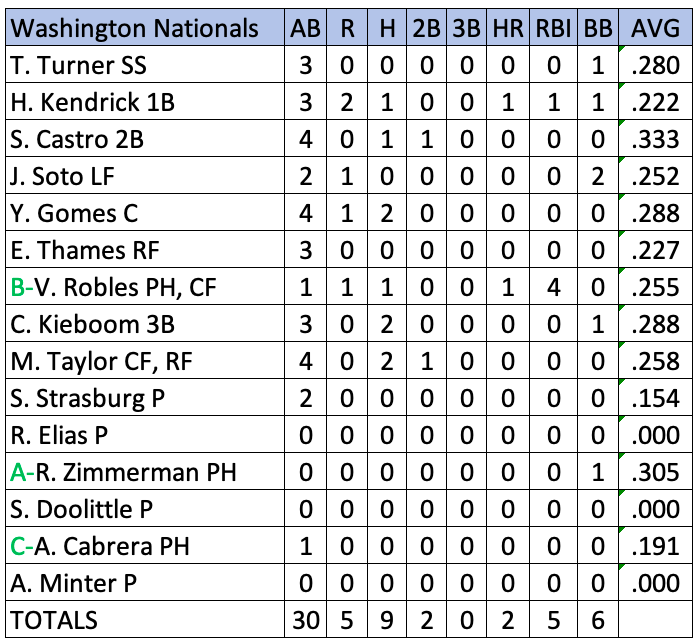 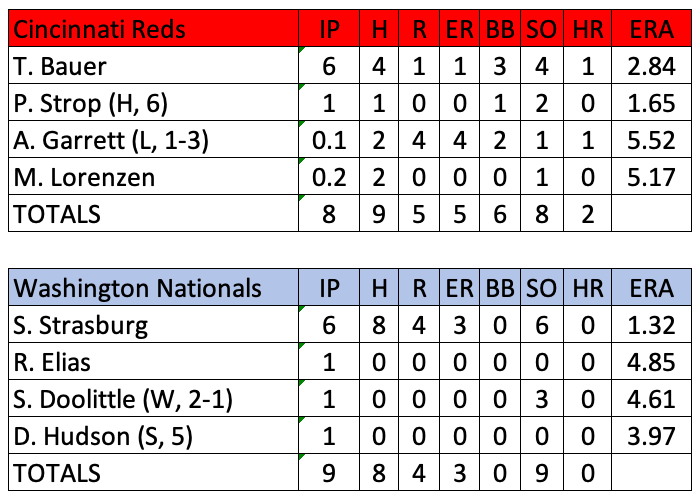 Standings following the May 1 games:

The 2020 schedule as currently constituted has the Reds playing the second of a three-game series in the nation’s capital Saturday against the Washington Nationals. Anthony DeSclafani will pitch for the sim Reds, while righthander Joe Ross will pitch for the Nationals.

MLB proposed a 10-round draft, but the MLBPA declined

The Major League Baseball Draft is usually 40 rounds. This year with the shutdown of baseball, MLB and the Major League Baseball Players Association agreed that it could be as low as 5 rounds, and with some strange limitations, too. But both sides also agreed that they could bring a new offer to the table before the draft – but it would require approval from both sides. Well, MLB brought a new deal to the table this week to expand the draft to 10 rounds this year, but with some real limitations on those rounds, and on undrafted free agents, too. The players association turned that deal down.

MLB tried to expand the draft to 10 rounds, MLBPA declines

FOX Sports Ohio will air a replay of Tom Browning's perfect game this Sunday, May 3 at 8 p.m. #Reds

The top power and speed combo players of all time

Over at MLB.com Andrew Simon looked back at some of the top power and speed players of all time. He looked at players with at least 300 home runs and 300 steals in their career. One former Cincinnati Reds player is on that list. Do you know who it is? It’s not Hall of Famer Joe Morgan, who only hit 268 home runs – but had 689 steals. It’s not Hall of Famer Ken Griffey Jr. who hit 630 home runs, but only stole 184 bases. Eric Davis? Close, but no cigar as he stole 349 bases but came up 18 home runs shy of 300.

Did you guess Reggie Sanders? If so, I applaud you. He finished his Major League Baseball career with 305 home runs and 304 stolen bases.