Great American Ball Park could not contain four longballs off the bats of the Atlanta Braves (18-15), as the visitors knocked off the home-standing Cincinnati Reds (13-17) by a score of 5-1.

The Braves did all of their damage against Sonny Gray, who heretofore had been the most consistent starter for the sim Reds. But today was not his day, as four of the Braves’ five runs came via solo homers. Cincinnati took the early 1-0 lead in the first inning on doubles by Jesse Winker and Nick Castellanos, but they had only three more hits the remaining eight innings. Atlanta pitching retired the final 13 Reds batters in a row.

The sim Reds remain winless in deciding games of three-game series. They split the six-game homestand with three wins and three losses.

Despite the loss, the Reds did not lose any ground in the standings. Pittsburgh was the only team in the NL Central to win today, as they knocked off the Cubs to take two of three from the division leaders. 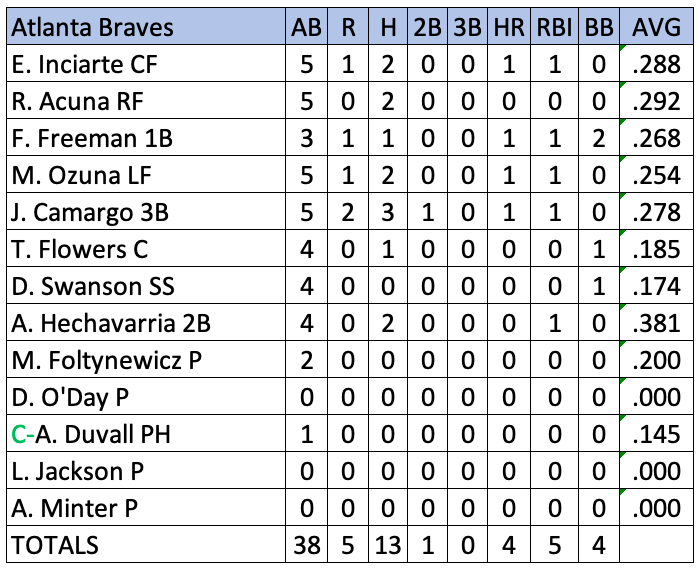 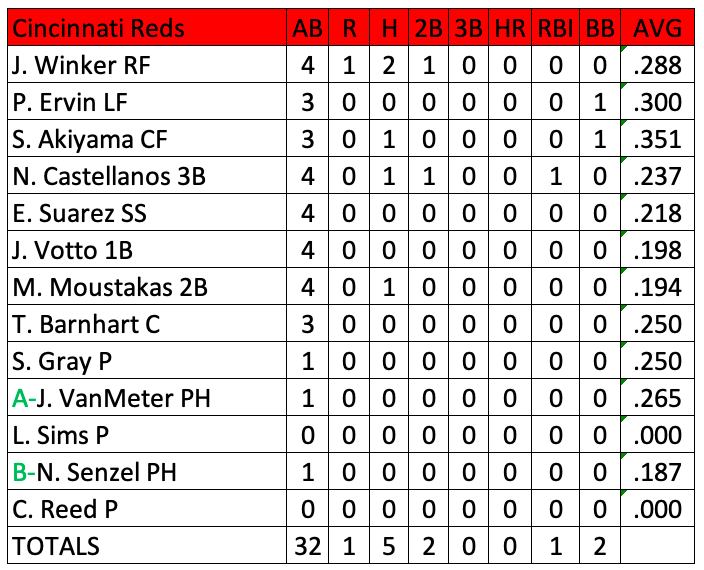 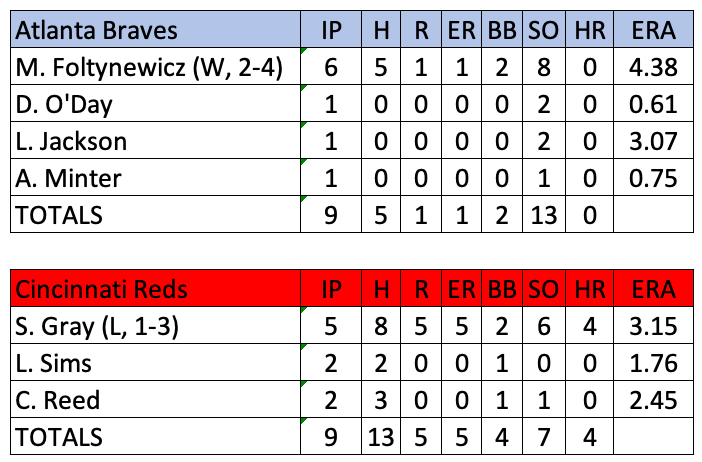 The 2020 schedule as currently constituted has the Reds off Thursday, then hitting the road Friday for the first of a three-game series in the nation’s capital against the Washington Nationals. Trevor Bauer will pitch for the sim Reds, while righthander Stephen Strasburg will pitch for the Nationals.

The 1990 World Series re-airs over the next four nights on FOX Sports Ohio! Join us as we relive the Reds' wire-to-wire title!

There may not be a job awaiting a 47-year-old Manny Ramirez in Major League Baseball, but he isn’t eying a return to the Majors. No, instead he is eying a return to Taiwan where he played in 2013 when he was 41. That season he played in 49 games and hit .352/.422/.555. The last time Ramirez played professionally was when he played in the Dominican Winter League in 2014, hitting .313/.409/.510 when he was 42-years-old and playing for Aguilas. I don’t want to speak for anyone else, but I want to see this happen.

Manny Ramirez told the Taiwan Times he seeks to play this year in the Taiwan League. Played there in 2013 after “retiring” in 2011. Misses being in the batters box. Turns 48 next month.