Eugenio Suarez leads the sim Cincinnati Reds (13-16) in two key statistical categories: home runs and errors. Both occurred in today’s game, and the error proved very costly as the Atlanta Braves (17-15) capitalized on it to score four unearned runs in the ninth inning on their way to an 8-6 win.

Despite the disappointing ending, the game started great for the home team. Luis Castillo put down the Braves in order in the top of the first, and the sim Reds jumped on Braves starter Max Fried for four in the bottom of the inning. The runs scored on two-run homers by Suarez (his ninth) and Aristides Aquino (his first).

The Reds scored one in the fifth, but it could have been more. Suarez and Phillip Ervin walked to start the inning, and then Nick Castellanos doubled to send Suarez home and Ervin to third. Aquino hit a fly ball that looked like it might score Ervin from third, but alas, Ervin was thrown out at the plate trying to score. So what looked it was going to be a 6-2 lead with a runner on second and one out was erased.

Then, the fateful ninth inning, with Raisel Iglesias on in hopes of closing things out. The first batter he faced, Nick Markakis, hit a grounder to third that Suarez booted for his seventh error in the young sim season. Ronald Acuna followed with a single, and then a wild pitch advanced both runners. Adeiny Hechavarria, who came in earlier to play second after an injury to Ozzie Albies, then singled to score both runners and tie the game at 5.

Later in the inning with now two out and the bases loaded thanks to an additional single and walk, Iglesias again uncorked a wild pitch to score the go-ahead run and move the other two runners to second and third. Ender Inciarte then lined a base hit which Phillip Ervin errored, allowing both runners to score easily, before commenter-manager Gonzo Reds came and took the ball from Iglesias.

Shogo Akiyama hit a solo home run in the bottom of the ninth, but it was not enough.

The Cubs and Cardinals both won their games, thereby creating more room between them and the rest of the pack in the NL Central. The Reds and Brewers, tied for third, are now six and a half games behind the first-place Cubs, and 2.5 games behind St. Louis. 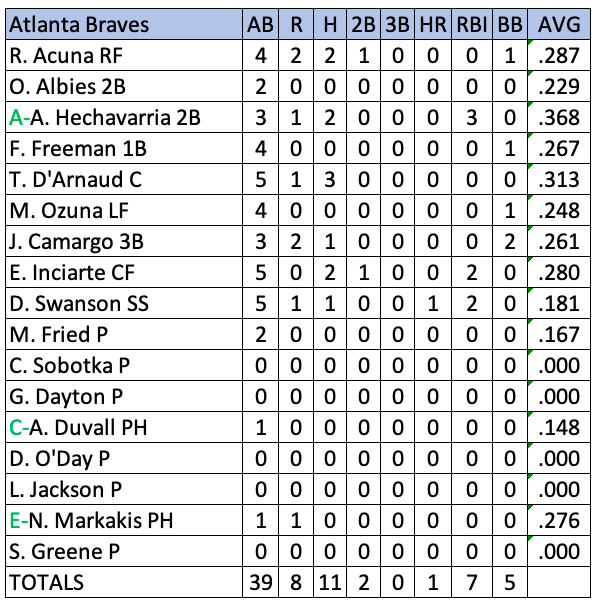 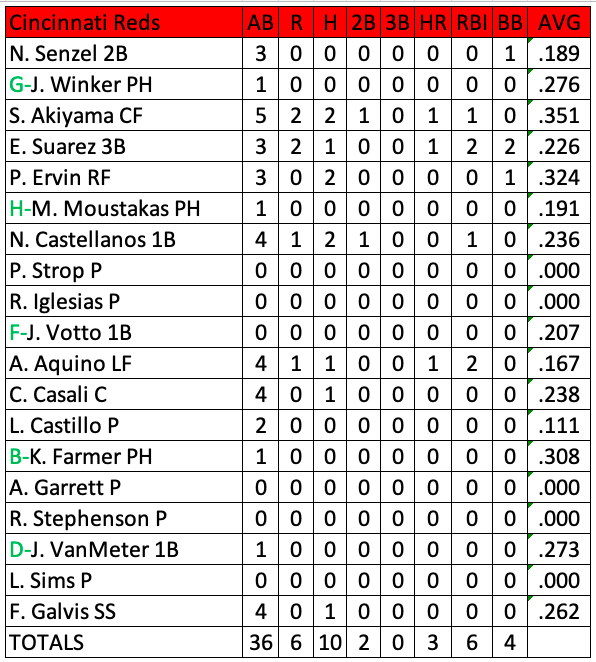 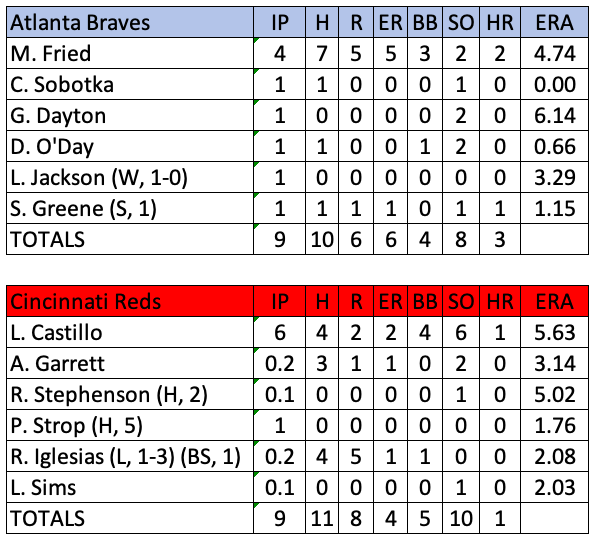 The 2020 schedule as currently constituted has the Reds wrapping up their homestand Wednesday by hosting the Atlanta Braves for the rubber game of the three-game series. Sonny Gray will pitch for the sim Reds, while righthander Mike Foltynewicz will pitch for the visitors.

Bill Shaikin of the Los Angeles Times is reporting that Major League Baseball reversed their policy that was restricting refunds on games that have already been “postponed”. The previous policy was that fans must hold onto those tickets and await for the re-scheduled game. At this point no one is yet offering refunds, but it sounds like this change in policy clears the way to allow them to happen. So if you had tickets and are looking to get some of your money back, that may be an option for you very soon – so keep your eyes peeled.

NBC Hardball Talk’s Craig Calcaterra wrote a bit this afternoon about the “news” from yesterday from Jeff Passan of ESPN and Ken Rosenthal of The Athletic’s reports about MLB’s confidence in having a baseball season this year and what it meant. He poses the question:

But what does that even mean?

I ask that because both of those reports say, right up front (and in the middle, and at the end), that baseball has no idea how it will play the season. None at all. Zero set plans. Zero tangible framework for a plan, even.

It’s an interesting point he’s making. Even if we don’t necessarily like it.