The sim Reds offense, which has sputtered for most of the season, was held to only four hits by New York Yankees (13-8) pitching as the Cincinnati Reds (8-12) fell to the home team, 6-3.

Reds starter Sonny Gray was hoping to show the Yankees why they shouldn’t have traded him to the Reds, but he got very little support from either the offense or the team’s relief staff. Trailing 2-0 entering the bottom of the sixth, Gray walked Giancarlo Stanton to lead off the inning. Lefthander Cody Reed came on to face Mike Ford, who drove a Reed pitch over the fence to increase the Yankees’ lead to 4-0, which proved to be more than enough.

A potentially big inning in the top of the seventh for Cincinnati was short-circuited. Five of the first six batters reached base, but the rally was limited to two runs when Joey Votto grounded into an inning-ending double play.

In the top of the ninth, Yankees closer Aroldis Chapman allowed one run to score on his own error, then walked both Eugenio Suarez and Aristides Aquino with two out to load the bases. But Mike Moustakas, representing the potential go-ahead run, grounded out to end the game. The two-out walks by Chapman were two of nine walks issued by the Yankee pitching staff, but the Reds couldn’t capitalize on Yankee pitchers’ wildness.

Fortunately, the Reds didn’t lose any ground to the first-place Cubs, who fell to the Nationals, 9-5. St. Louis was the only NL Central team to win today, so they pulled within three games of Chicago. 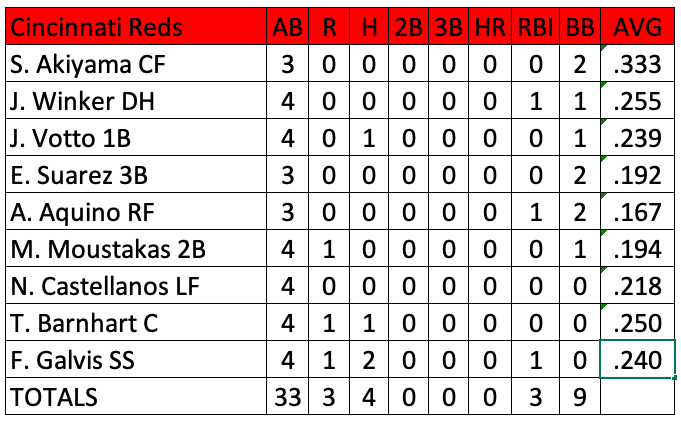 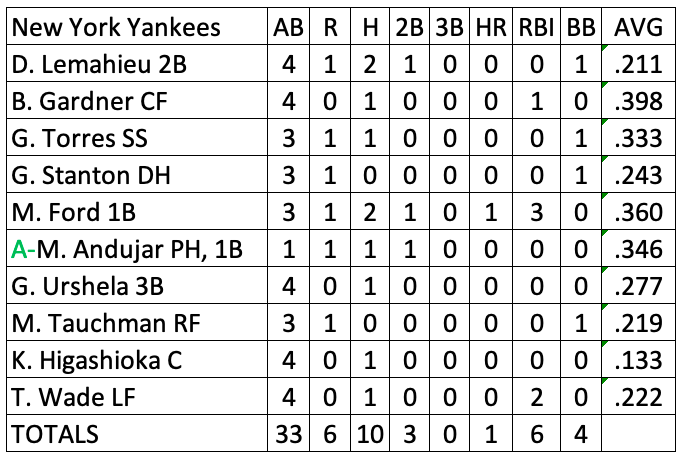 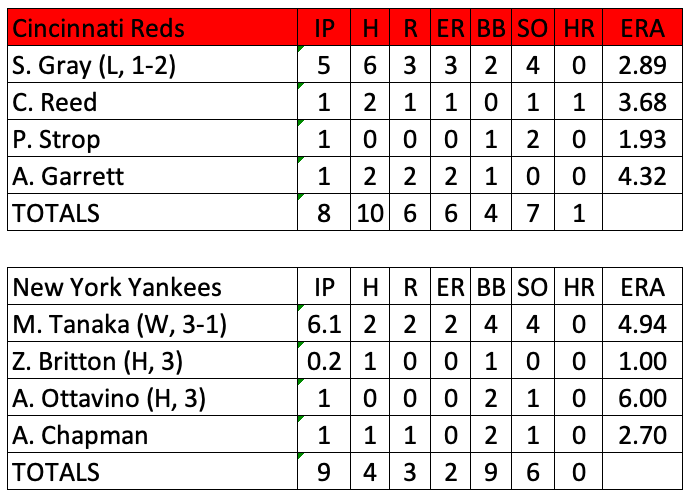 The 2020 schedule as currently constituted has the Reds playing the final game of the three-game series at Yankee Stadium Sunday. Trevor Bauer gets the start for Cincinnati, and lefthander J.A. Happ is scheduled to go for the Yankees.

If you are planning to submit a lineup for Sunday, remember that because the game is an interleague game in an American League park, the Reds will have the DH in their lineup.

After handing out the award for best season of the decade in the farm system among position players to Devin Mesoraco for his 2010 campaign it was time to move on to the starting pitcher category. For that one the nod at RedsMinorLeagues.com went to Tony Cingrani for what he did back in 2012 for the Bakersfield Blaze and Pensacola Blue Wahoos. That season he posted a 1.73 ERA in 146.0 innings with 172 strikeouts before being called up to the Major Leagues in September.

Joe Kelly, a reliever for the Los Angeles Dodgers, seems to have not yet mastered control of his change up. While tossing in his back yard with a net, he missed the net that’s larger than your house, and instead hit his own house – busting out a window. Stay safe out there, people. And stay away from windows around Joe Kelly.