Nick Castellanos’ double with two out in the bottom of the ninth inning scored Mike Moustakas from first base to give the Cincinnati Reds (8-9) a thrilling 2-1 victory over the San Francisco Giants (6-12).

Marty Brennaman would have described this game as a “frog strangler.” Starting pitchers Anthony DeSclafani and ex-Red Kevin Gausman were on top of their respective games. San Francisco’s Evan Longoria touched up DeSclafani for a solo homer in the top of the sixth inning in what turned out to be his team’s only run. The Simcinnati Reds responded instantly. In the bottom of the sixth, Josh VanMeter pinch-hit for DeSclafani and tripled. Shogo Akiyama, the Reds’ clear offensive star of the early sim season, followed with a double to score VanMeter and tie the game.

Akiyama’s .365 batting average is 11th best of all qualifying players in the sim league. His seven doubles are tied for fourth best, and his .405 batting average against righthanded pitching is seventh best.

In the bottom of the ninth, Joey Votto led off with a single off Giants lefthander Tony Watson. But the southpaw then induced a double-play grounder from Eugenio Suarez and it appeared that the game may be headed to extra innings. However, Moustakas and Castellanos followed with their two-out heroics, allowing the Reds to once again draw within one game of .500.

The win, combined with a Milwaukee loss to the Phillies, allowed the Reds to climb out of the NL Central basement, one-half game ahead of the Brew Crew. The Reds also got some unexpected help, as the Baltimore Orioles defeated the Cubs, 7-5, allowing Cincinnati to move within 3.5 games of the top spot in the division. 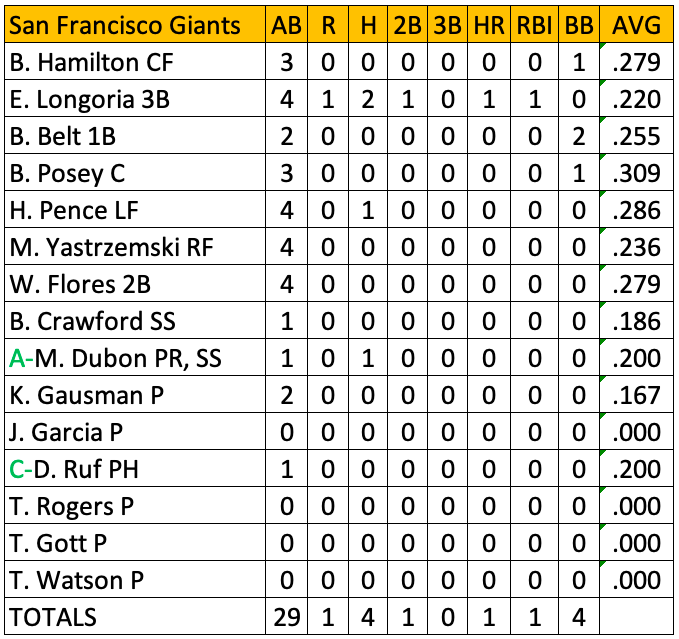 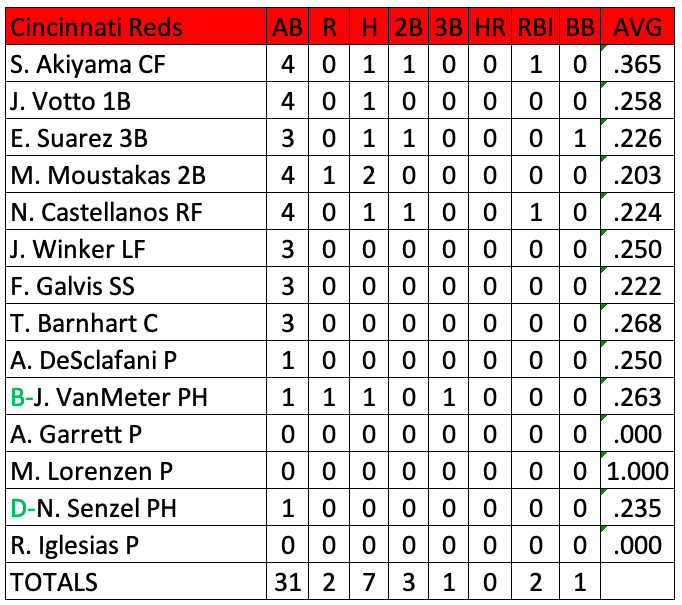 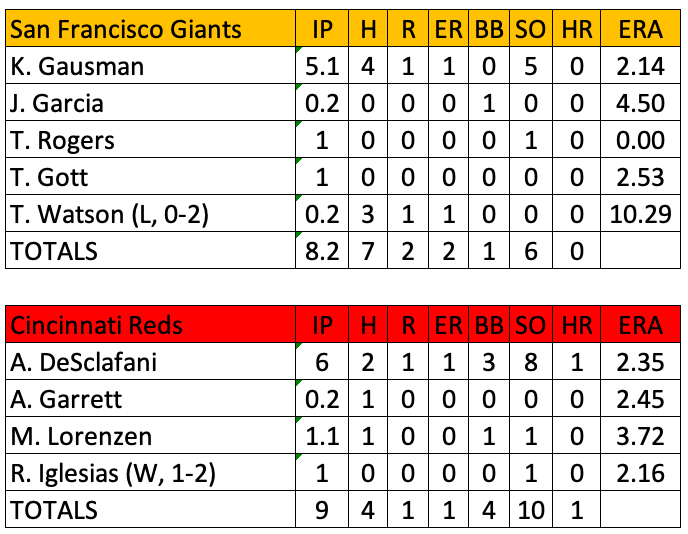 The 2020 schedule as currently constituted has the Reds and Giants squaring off in the final game of the three-game series on Thursday. It’s also the final game of a nine-game homestand on which the sim Reds are currently 5-3. A rare matchup of lefties will occur: Wade Miley for Cincinnati, and Drew Smyly for San Francisco.

Congratulations to Redfan4life, who submitted the lineup which won today’s game. Therefore, he has the priority for Thursday’s lineup if he chooses to submit one. Have fun with this! If you have any questions, please post them in the comment string below. Here are the “managerial records” of our Redleg Nation participants to date:

Today is April 15th. And in Major League Baseball that means that it’s Jackie Robinson day. Unfortunately we don’t get to celebrate it as we normally would. What we did do earlier today, though, was look back at the first time that Jackie Robinson visited Crosley Field to take on the Cincinnati Reds and all of the lore around what may or may not have taken place in that 2-game series.

Jackie Robinson’s first trip to Cincinnati to play the Reds

Bradford William Davis wrote about Jackie Robinson today for the New York Daily News. While Robinson did great things on the field, Davis writes about many of the things he did off of the field that improved the lives of so many.

As the vice president of the coffee and food service company Chock Full O’Nuts, Robinson was credited with improving the quality of life of its employees, even while they already received a full suite of benefits, including generous insurance and pension plans. In 1964, when black Americans were even more discriminated against by banking institutions than they are now, Robinson co-founded Freedom National Bank to ensure that black individuals and black-owned businesses would receive a crucial line of capital. The Jackie Robinson Construction Company, which he founded in 1970, built thousands of low- and middle-income homes for minorities.

.@Amir_Garrett recognizes the difficult path Jackie Robinson took to open the door for players like himself. #Jackie42 pic.twitter.com/Vjqti6UMIE

The crew at Baseball America released their most recent mock draft and it’s got the Cincinnati Reds selecting a high school outfielder with big power potential. At RedsMinorLeagues.com earlier today we looked at Austin Hendrick and talked about his upside, as well as some of the concerns in his game as we head towards the draft.