The strategy worked out brilliantly, as the top of the Cincinnati Reds (7-8) batting order did most of the damage in a 7-3 victory over the Philadelphia Phillies (6-10) in the final game of a four-game series at Great American Ball Park.

The Simcinnati Reds won their first series of the young season, taking three of the four games against Philadelphia. Through six games of the current nine-game homestand, the Reds are 4-2.

Shogo Akiyama and Joey Votto, the first and second batters in BK’s lineup, both recorded three hits (including a home run) and two runs batted in. The relentless Reds scored in each of the first four innings off Phillies starter Jake Arrieta on their way to a 7-0 lead which they did not relinquish.

Sonny Gray was his usual brilliant self on the mound, allowing only two hits and three walks in six scoreless innings. The only blight on the bullpen was the second consecutive subpar outing by Tyler Mahle in relief.

Tucker Barnhart and Freddy Galvis added two hits apiece, and Galvis had a two-run home run, his second of the season.

The Reds stand tied in the NL Central division basement with the Brewers, three and a half games behind the first-place Cubs. The Cubs also won today, their second straight over the Cardinals. 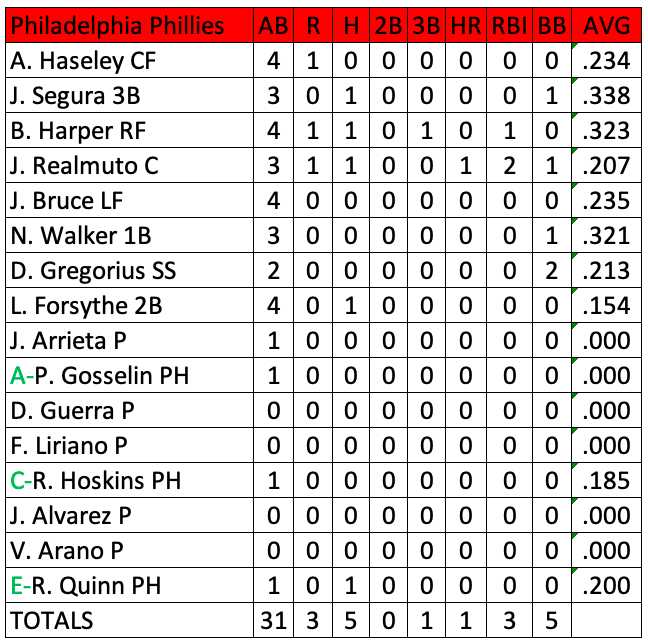 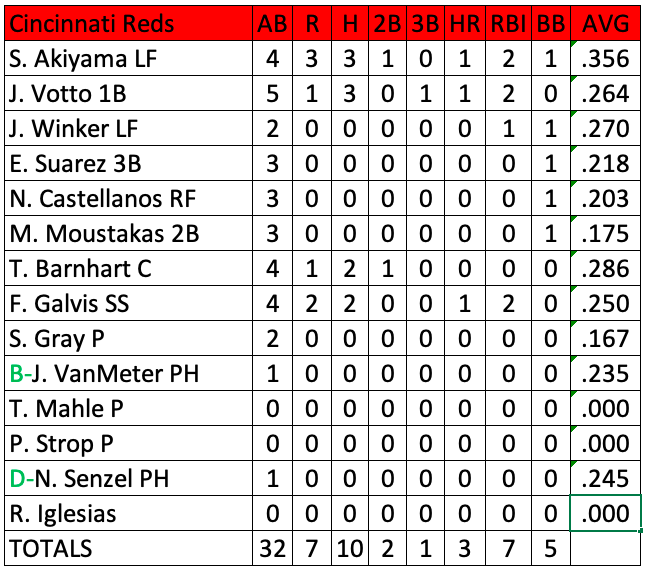 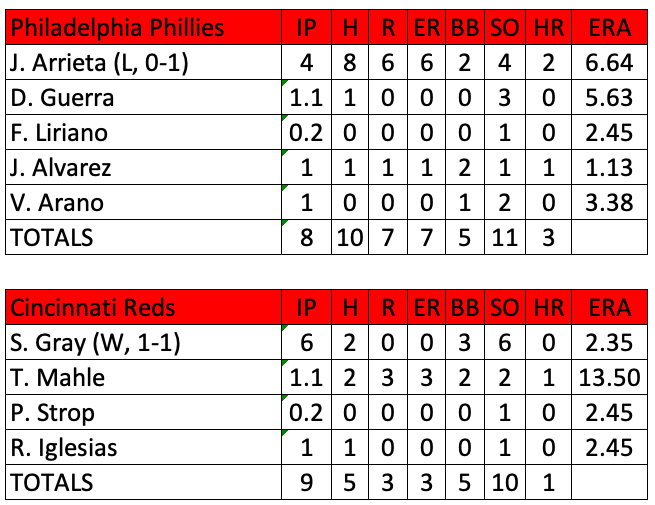 The 2020 schedule as currently constituted has the Reds off Monday, and then wrapping up the homestand with a three-game series against the San Francisco Giants starting Tuesday. Tentative starters for that game are Trevor Bauer for the sim Reds and righthander Jeff Samardjia for the G-men.

Redleg Nation commenter “BK” has first priority on submitting the lineup for Tuesday since he was a winning “manager” today.

Here are the season-to-date hitting and pitching statistics for the sim Reds, through games of Saturday: 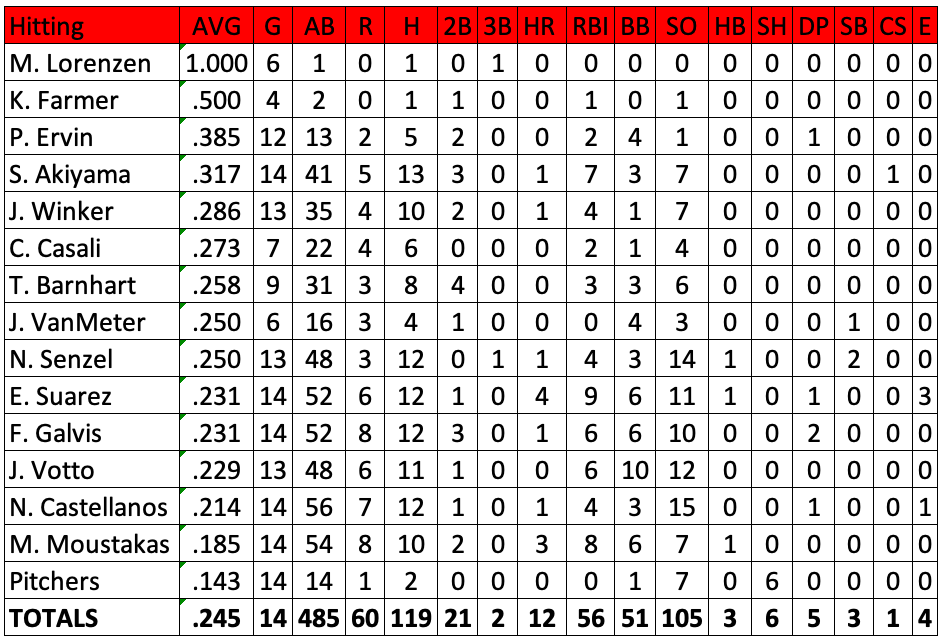 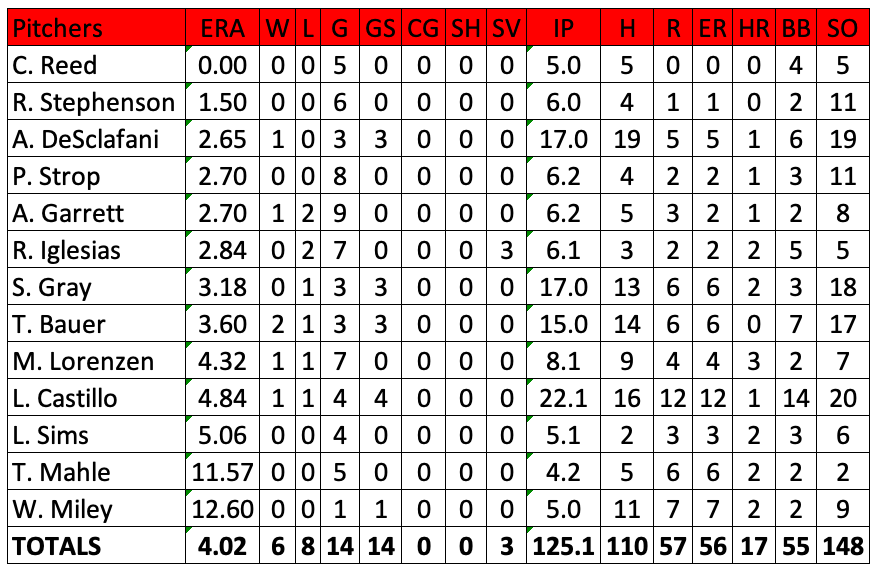 Playing the season in Japan?

We’ve seen some different proposals floated out there as Major League Baseball tries to navigate various “what if” scenarios for how they could play baseball this season. All of them have included playing at spring training sites. But Tim Kurkjian has a very different, very wild option that was reportedly told to him that would see the season take place in Japan.

Happy Easter to everyone except Alex Rodriguez

Cincinnati native Jim Bolger passed away earlier this week. He was born in Cincinnati, graduated from Purcell Marian High School, and then went to Xavier University before signing with the Reds. His time with Cincinnati wasn’t much – he got a grand total of nine plate appearances between 1950 and 1954 before moving on to join the Cubs where he spent the bulk of his Major League Baseball career.