Jay Bruce came up big against his former team Saturday.

The Beaumont Bomber hit a two-run homer to cap a four-run sixth inning and lead his current Philadelphia Phillies team (6-9) to a 6-5 win over the Cincinnati Reds (6-8) in the third game of a four-game series at Great American Ball Park.

Cincinnati entered the sixth inning with a 4-1 lead, but the Phillies then went to work on two of the home team’s most reliable pitchers. Bryce Harper’s single off Luis Castillo brought the Phillies within 4-3. Then, lefthander Amir Garrett was brought on to face the lefthanded batting Bruce, but the move backfired as Bruce took Garrett deep for a two-run shot that turned out to be a lead the Phils would not relinquish.

Harper then hit a solo shot off Lucas Sims in the top of the eighth. That turned out to be an important insurance run, as the Reds rallied in the bottom of the eighth on a pinch-hit double by Kyle Farmer to pull within one run at 6-5. However, with runners on second and third and two out, Shogo Akiyama grounded out to end the threat.

The Reds went quietly in the bottom of the ninth, as Phils closer Hector Neris struck out the side around a two-out walk to Eugenio Suarez.

Nick Castellanos and Suarez homered for the Reds early in the game against Zach Wheeler.

The Reds stand three and a half games behind the first-place Cubs in the NL Central division basement. 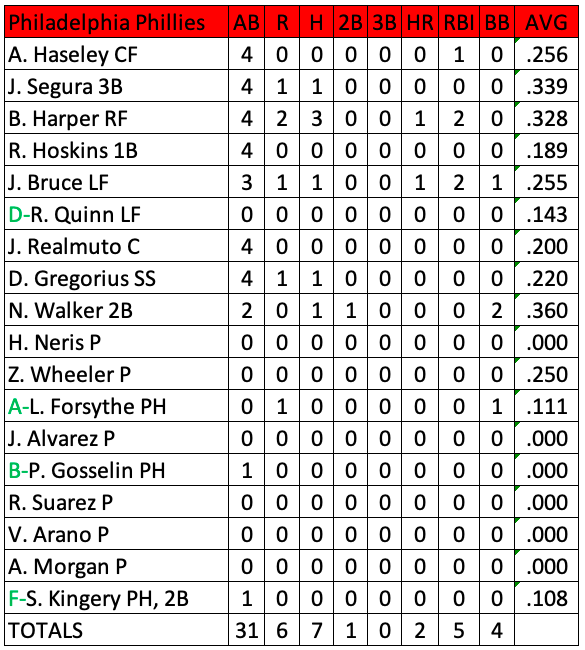 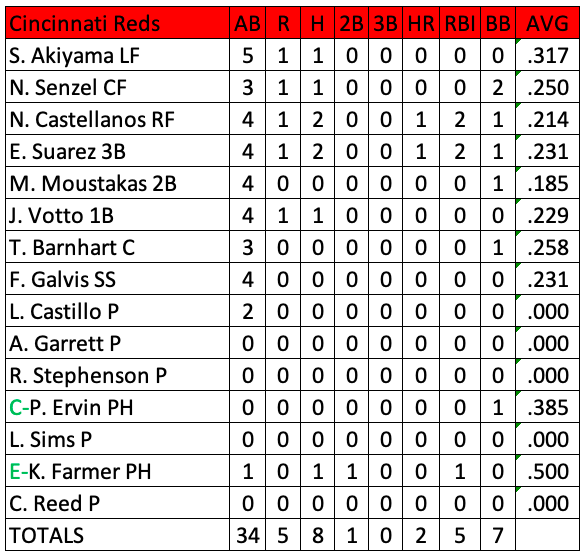 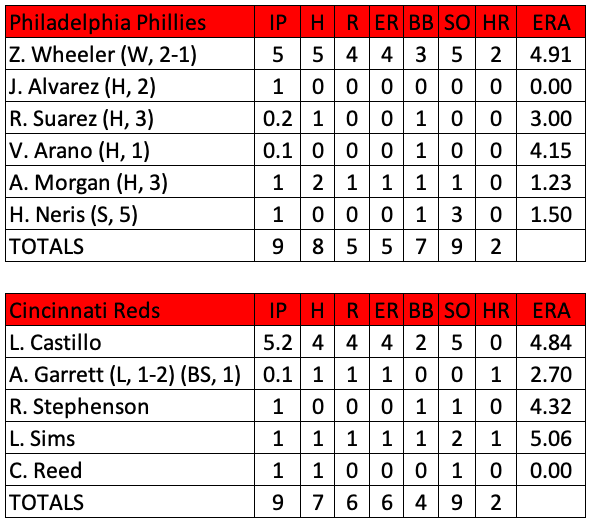 The 2020 schedule as currently constituted has the Reds and Phillies wrapping up the four-game series Sunday. Sonny Gray goes for the Reds, and righthander Jake Arrieta goes for Philadelphia.

Chad Dotson, everyone’s favorite Redleg Nation Radio host, wrote about Nick Senzel for Cincinnati Magazine this week. The piece is more than worth reading, so go check it out. But here’s a fun quote from Senzel:

Much of what he learned came from Reds legend Joey Votto. “Ever since I got drafted,” Senzel says, “he was kind of a mainstay when it came to someone I could talk to and communicate with. Always positive. Even when I was rehabbing the injuries in Arizona, he always reached out.”

Senzel and Votto bonded over one shared trait: Both want to be the hardest working player in the room. “[Votto is] a Hall of Famer in my book. He’s the epitome of never seeing a guy work as hard as he works. The things that he’s accomplished, I want to accomplish or be better than him at. That’s out of pure respect.”

The Reds value rose again in 2019 according to Forbes

Forbes released their valuations for Major League Baseball teams this week and calculates the Cincinnati Reds as being worth $1.075B. That is up 2% from their value at this point last season. Only the Marlins and the Pirates saw their valuations drop. For the 9th time in 10 years the team made a profit (2014 was the only year in which the didn’t – losing $11.6M that year). Only the Marlins lost money in 2019.