Milwaukee scored in the top of the second on a ground-out by Manny Pina, plating Brock Holt, who had led off the inning with a single, and then advanced to third on a single by Orlando Arcia. Otherwise, sim Reds starter Sonny Gray was brilliant, striking out 10 and walking none in six innings of work.

Cincinnati tied it in the fourth. Jesse Winker, who singled with one out, scored an out later when Brewers pitcher Adrian Houser fielded Nick Castellanos’ grounder but threw it past the first baseman and down the right-field line.

The sim Reds’ best chance at victory thereafter came in the bottom of the ninth when, with two outs, Milwaukee pitcher Ray Black walked Josh VanMeter and Freddy Galvis with two out. But Black struck out Curt Casali to snuff out the attempted rally.

Healy, who entered the game in a double switch with Black in the ninth, then launched an Iglesias pitch over the fence in the top of the 10th for what proved to be the game-winner. It was only his second sim at-bat, and he is 2-for-2.

Sim Reds pitching continues to perform largely as expected. After 11 games, the team ERA is 3.94, and the Reds pitching staff is tied for the sim league lead in strikeouts with 120, with the Miami Marlins. Gray has struck out 28 and walked only three in 17 innings of work. On the other hand, the hitters have still not hit their stride. The team batting average is only .226, with only seven homers in the first 11 games.

The Reds’ loss dropped them four games behind the first-place Cubs in the NL Central, and again into sole possession of the division basement. 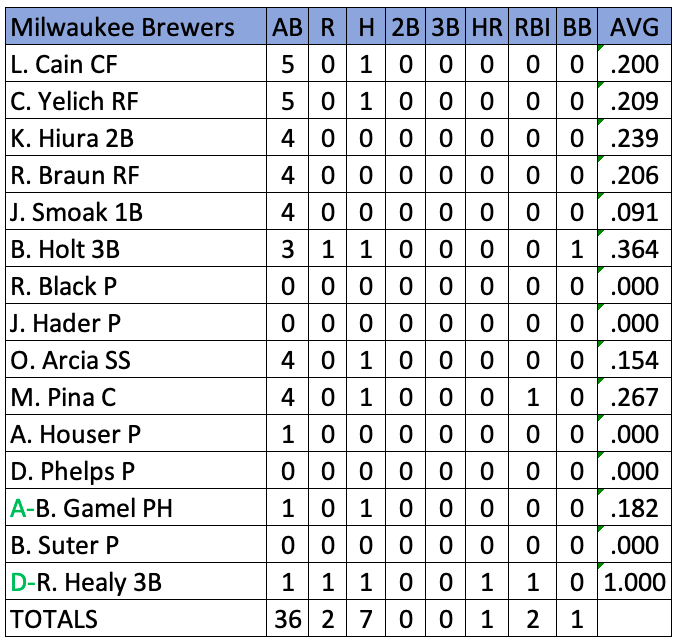 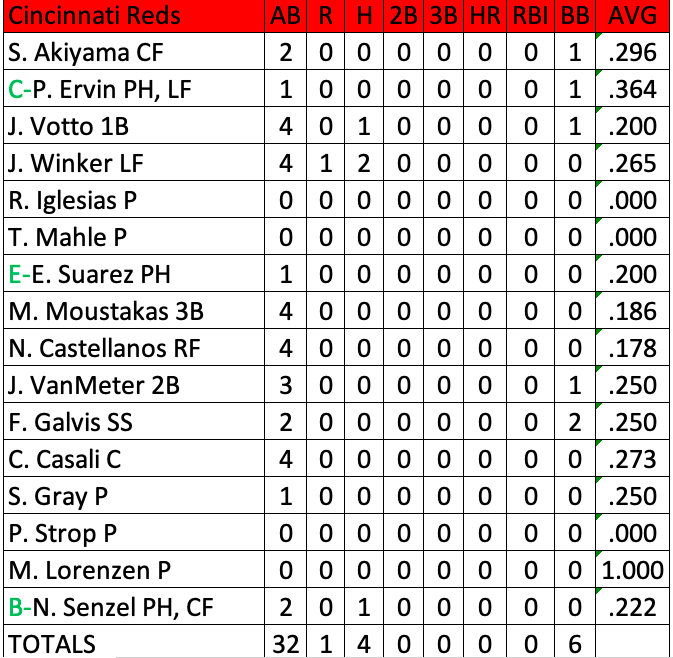 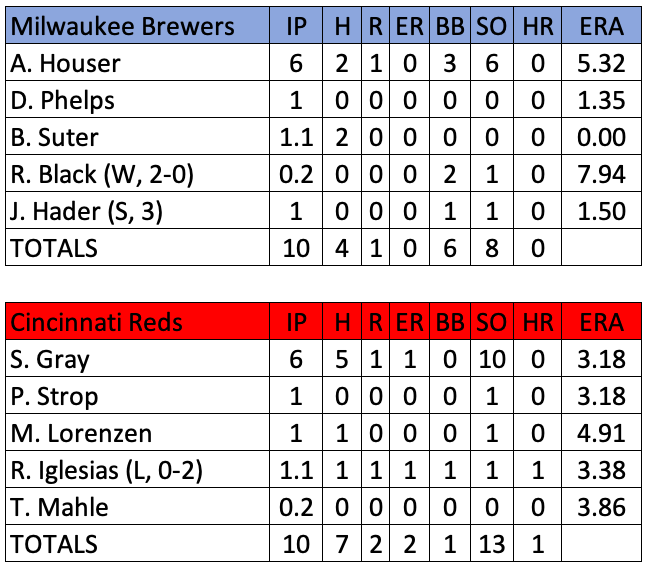 The 2020 schedule as currently constituted has the Reds off Wednesday, then resuming the homestand Thursday with the first of a four-game series against the Philadelphia Phillies. Trevor Bauer will pitch for Cincinnati, and righthander Vince Velazquez will be on the hill for the Phils, who have a record of 5-7 in sim play so far.

As we noted late last night/early this morning, Major League Baseball has been discussing a possible plan that could have them playing baseball before the end of May. The report, from Jeff Passan of ESPN spoke about many of the issues that needed to be overcome to make the plan work – including approval from the players.

Japan’s NPB has pushed back their start date to April 24th. They had restarted spring training, but put everything on pause when one team had multiple players test positive for COVID-19. Joel Sherman of the New York Post is reporting that they’ve now pushed their season back to “late May at the earliest”. One report from within the article notes that a team official doesn’t expect to start before late June.

Dan Szymborksi says “Embrace the Weirdness” and offers up five ways to make a 2020 season compelling over at Fangraphs. My favorite of the ideas is his ‘Players Year”. It’s much like the players weekend each season, but for the whole year that gives them a bit more freedom to choose their jersey names, wear custom cleats – you know, have a little bit of fun out there. Go check it out – maybe you’ll like some of the other ideas better.