Behind a starting lineup constructed by Redleg Nation grand poobah Doug Gray, the simulated Cincinnati Reds (3-5) snapped a three-game losing streak in beating the Pittsburgh Pirates (4-4) by a score of 6-4 at PNC Park.

The simulated Reds broke a streak of 22 consecutive scoreless innings in the top of the third against Pirates righthander Trevor Williams. Curt Casali led off with a single, and winning pitcher Trevor Bauer then reached on a two-base error by first baseman Josh Bell while attempting to sacrifice bunt Casali to second. Josh VanMeter, making his first start of the year, followed with a walk to load the bases, and Joey Votto’s single scored Casali and Bauer for the Reds’ first lead in several days. However, the heart of the order — Nick Castellanos, Eugenio Suarez and Mike Moustakas — was unable to deliver any more runs that inning with two on and nobody out.

In the top of the sixth, Moustakas led off by drawing a walk, and then Nick Senzel deposited one over the wall for his first homer. The Reds’ scoring was capped in the eighth when the first five batters reached, but only two runs scored. Two Reds runners were thrown out at the plate on what Strat-O-Matic described as “web gems” by Pirates catcher Jacob Stallings.

Bauer earned his first win of the season with five innings of four-strikeout baseball. One walk by the Reds pitching staff was the lowest one-game total of the simulated season. Reds batters drew seven walks, including three by Moustakas and two by VanMeter.

Despite the win, the Reds remain in the early Strat-O-Matic NL Central Division cellar, three games behind the 6-2 Cubs. 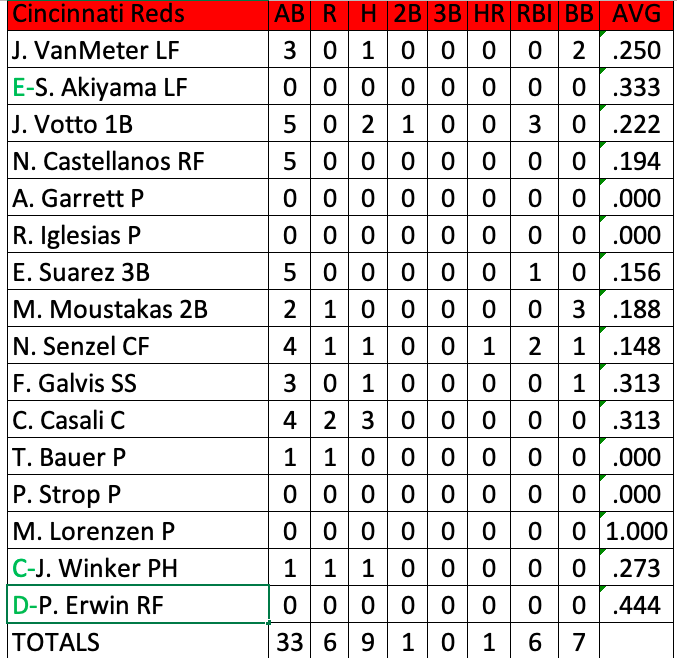 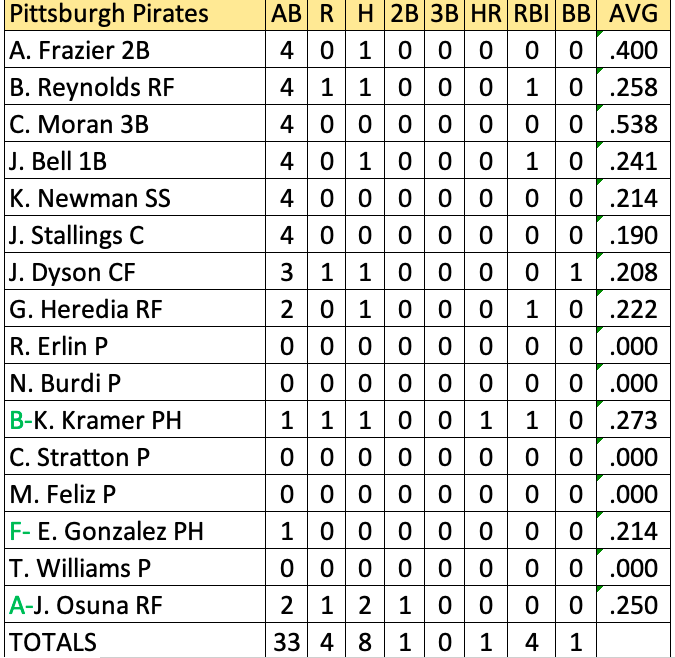 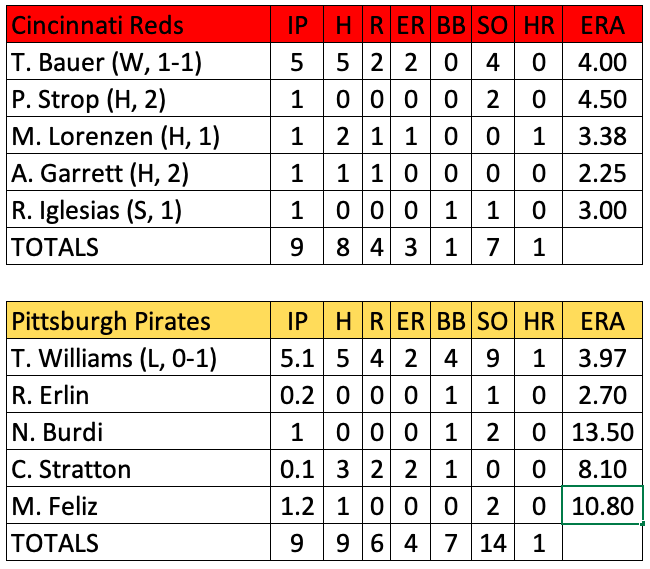 The 2020 schedule as currently constituted has the Reds playing their third straight rubber game of a three-game series, this time against the Pirates on Sunday. Starting pitchers are Anthony DeSclafani for the Reds, and righthander Mitch Keller for Pittsburgh.

Major League Baseball has loosened up some of the restrictions that had been put in place three weeks ago with regards to scouting. Teams still aren’t allowed to have in-person scouting, but can go about acquiring video, data, and information from players (and their agents, coaches, etc.). With the draft being quite different than ever before, teams now have a better idea of which players to focus in on more than ever.

The Reds can get back to scouting in a limited fashion

In case you missed it earlier here at Redleg Nation, we published two pieces already today. The first was just having some fun with the distances on home runs hit by the Reds last season. The other was about a plan that Major League Baseball is considering that would include quarantining the players in either Arizona or Florida and attempting to play the season at empty spring training facilities.

Joe Posnanski has been counting down Baseball’s Top 100 Players of All Time over at The Athletic since the winter. On Friday we arrived at the #5 player on his list, and I’m guessing that a large number of readers have never heard of him. But even if you have, you should take the time to go read Posnanski’s piece on Oscar Charleston. While you’ll probably learn something baseball related, it’s also a fantastic piece of writing outside of baseball.