Eugenio Suarez’s two-run homer in the first inning sparked the Cincinnati Reds (2-2) offense to convincing 7-2 victory over the Toronto Blue Jays (0-5) in the opener of a three-game series at Rogers Centre in Toronto.

Anthony DeSclafani pitched the first five innings, limiting the Blue Jays to a run on seven hits and four walks. He pitched out of trouble on numerous occasions, as Toronto stranded 11 runners on base in the game. Tyler Mahle allowed a run in 1 2/3 innings in relief of DeSclafani, and Lucas Sims and Cody Reed shut the home team out the rest of the way. 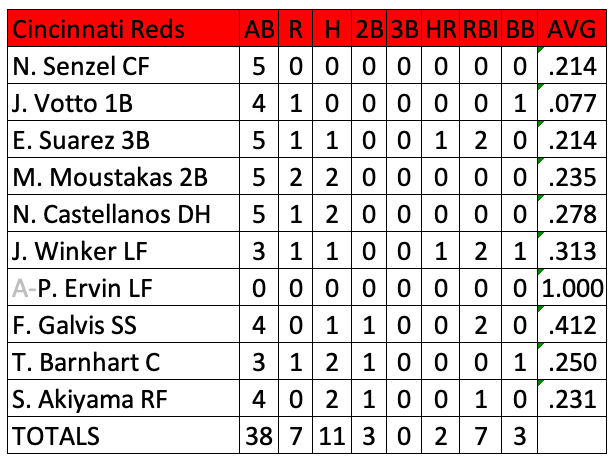 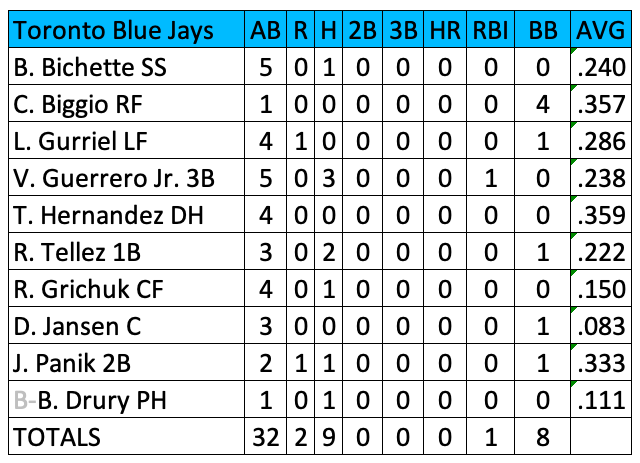 The 2020 schedule as currently constituted has the Reds playing the middle game of the three-game series against Toronto on Tuesday.