In the news that you were all waiting for, the Cincinnati Reds have made a splash for 2020. No, they didn’t add any new players today (yet). But they did add to their stable of jersey options. On Friday afternoon the Reds unvieled two new jersey options – one for spring training and one as an alternate jersey for the regular season. Well, sort of.

The Reds originally tweeted out that they had two new uniforms along with a photo showing off the two. But that tweet (and instagram post that was similar to it) was deleted. The tweet that still remains, though, is showing off the regular season alternate jersey option in the team store for sale.

Not entirely sure why the original tweet was deleted, but you can at least still see the regular season jersey above. You can make up your own mind, but I have made up mine, too. Not a fan. It’s not bad enough that it makes me want to vomit, but it’s just not appealing. The script logo doesn’t look great, but the Nike swoosh is just in the weirdest spot possible. 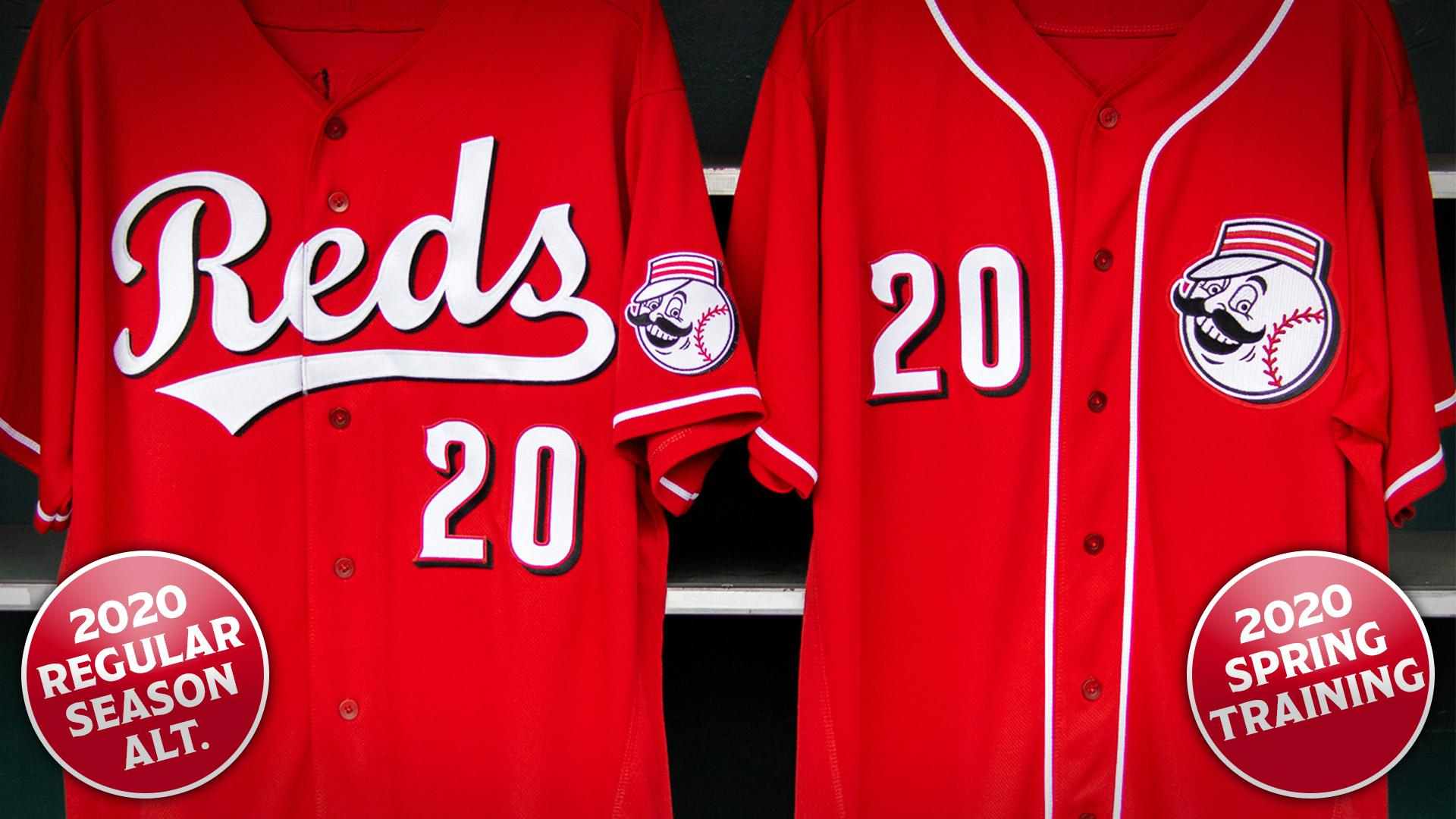 The spring training jersey is similar to what they’ve been wearing for years now. In the last two spring training’s the jersey had the “gothic” C on the left chest, with the player number on the right chest (and back of the jersey). The few years prior to that the Reds “C” Logo was on the left chest. In 2020 the left chest will have the Mr. Redlegs Logo – like seen in the above picture on the sleeve of the alternate jerseys.  In the now deleted photo, the spring jersey did not have any sleeve logos. In past years the left sleeve had the full-bodied Mr. Redlegs “running” logo. The right sleeve has always had that years spring training logo – and I’ll assume that will still be the case in 2020 and they simply didn’t have it ready for the mock up.