“But this is an interesting Cincinnati team going forward, because they should be able to pitch well. They’ve got Castillo, Gray and Bauer all coming back next year to lead the rotation. And they should be better offensively. A full year out of Aquino. That will certainly help. I mean, when you look at their ledger this year, they’re 9 games under .500, but they’ve lost 32 games by 1-run. That’s generally a sign of a team that’s going to take a step forward next year.”

Stroman on Tuesday notched the 50th win of his major league career. He was drafted in 2012 by the Blue Jays. There are only 2 other pitchers who have reached 50 wins from that draft class. Michael Wacha, who’s won 59 for the Cardinals; and Alex Wood, who’s basically missed the season for the Reds, who’s won 53; and then Stroman with 50.

I loved this call by Cohen for the obvious snark. On a ground ball to Votto at first, Bauer raced over to take the throw. Joey fielded the ball close enough to take the ball himself to the bag, but because Bauer was moving emphatically to first himself, elected to pull up and feed the ball to Bauer for the out and avoid a potential collision:

“Votto comes in and for some reason decides to feed it to Bauer and that’s the second out.”

Well, the reason was fairly obvious, but never mind. Keith Hernandez had just gotten done reflecting on why the Reds had the best placement of the on deck circle in the National League because it gave a great angle to look at the pitcher. And because Hernandez was a great hitter himself—and probably belongs in the Hall of Fame—he would notice that sort of thing and call the Reds placement of their on deck circle “spectacular.”

As I noted the other night, they can be a really good listen, but you’ve got to wade through the bias.

Back-to-back singles by Joey Votto and Eugenio Suarez in the bottom of the 1st inning paved the way to a sacrifice fly by Aristides Aquino to cut into the lead gifted by Trevor Bauer moments earlier.

Kyle Farmer hit a solo homer in the bottom of the 5th inning, cutting the Mets lead 4-2. But after back-to-back-to back walks by Bauer, Phillip Ervin and Votto, Suarez popped out to end the inning.

Tucker Barnhart would homer in the 9th. That’s something.

After 2 outs to begin the 1st inning, Bauer got the sequence all wrong. Double. Double. Hit batter. Home Run. And just like that, the Reds were behind 4-0.

After stifling the Mets for the next 4 innings, Bauer gave up a first pitch home run to J.D. Davis in the 6th to extend the Mets’ lead to 5-2.

Phillip Ervin. In the bottom of the 7th, Edwin Diaz, who is having a terrible season, walked Alex Blandino on 4 straight pitches. Ervin saw a 5th straight ball, then swung at a ball out of the zone that turned the at bat around for Diaz, ultimately resulting in the first out. Votto would walk, as Dias continued to be unable to throw fastballs for strikes, but after working a full count, Suarez would swing at a ball out of the zone for the second out. Aquino would chase pitches out of the zone and eventually look at strike three. Diaz, who was ripe to be had–escaped.

SNY decided that the Jets’ loss to the Patriots and the attendant post-mortem was more important to their viewership than the Mets drive to make the playoffs. So, I lost the game feed at the end of the 8th. Thanks, New York. This we know: NFL > MLB. Stay tuned for the full Jets report card. I hear Brandon Nimmo homered in the ninth. Mets fans wouldn’t know. SMDH. 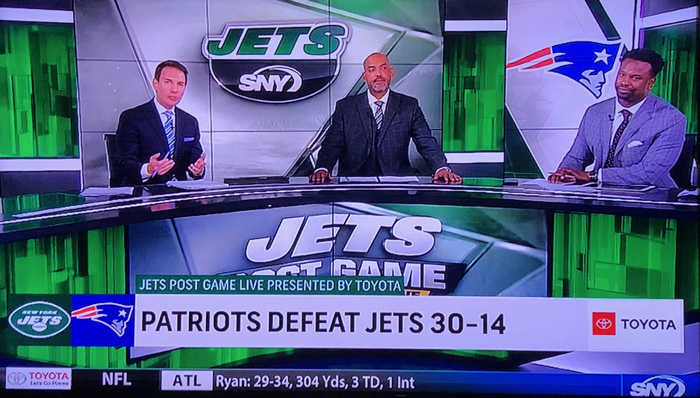 The last day of Summer. I’d give anything to have been at GABP today. The Reds have long been out of playoff contention and several Reds are MIA with the flu. Still, some of us hold on, imbibing these last innings, knowing that last call is moments away, sending us home, the winter imposing its own kind of prohibition on us until spring.