I’m pretty sure I saw the young lady at Table #2 raise her hand and say “Check, please” after Aristides Aquino’s 14th home ball approached the dining area of the Clevelander, threatening to take out the sushi along with any adult beverages in the area.

You hate to see that.

The Reds 40th home run in the first inning this season (an MLB record) came courtesy of who else?

With Joey Votto on second, courtesy of an error on centerfielder Lewis Brinson, Aquino’s blast was a 2-run shot, and again, a Reds’ pitcher began the game with a lead.

On the second pitch of the game from Alex Wood, Jon Berti left the aquarium in a hurry and we would see what has plagued Wood in his few appearances as a Red. What Robert Dugger and Wood have in common is a fastball that tops out at about 90 mph. So, the battle tonight was going to be who could command their pitches and keep the ball on the edges of the strike zone. Dugger did just that better than Alex. When you throw 90 and miss thigh-high, you’re susceptible to the long ball and that’s happened to Wood repeatedly this year as he tries to find his sea legs after a season-long layoff.

I’ve pretty much viewed Wood’s starts as his spring training. The difficulty is that the hitters he’s facing have been playing for 4 months and it is clear Alex is behind the hitters.

Dugger held the Reds’ hitters in check all night despite some stats that say he shouldn’t be doing that. He pitched 7 innings and gave up 3 hits and walked 1.

Aristides Aquino.In the top of the 8th, after Kyle Farmer flied out and Phillip Ervin grounded out, Votto singled, Eugenio Suarez walked and Aquino does what Aquino do: hurt the baseball. He hit a ball up-the-middle that could have been caught if you had a time machine and could go back and put your glove down in the exact spot the ball would arrive—but that’s about the only way.

The records keep piling up for The Punisher. He is now tied with Frank Robinson and Greg Vaughn for most HRs in any month and has hit the most by an NL rookie in any month.

Michael Lorenzen. Lorenzen looks like a different pitcher lately. When I was in Cincinnati in early August, particularly during the Cub series, I just hated seeing him come into the game. He was hanging pitches and looked like he had no confidence. Now, he looks like he’s got his second wind and tonight was just continuation of that as he made fish tacos out of the Marlin hitters on all of 9 pitches in the 8th. He got himself into trouble in the 9th, but worked out of it with aplomb.

Amir Garrett. You could count on AG tonight in the 10th as he worked a 1-2-3 inning.

Robert Stephenson. Stephenson’s last 9.1 innings? 3 hits, no runs, 12k’s and 3 walks. It looks as though BobSteve has finally found the strike zone.

With men on first and third and two outs in the top of the 7th, Jose Iglesias battled Dugger for 13 pitches before striking out. For those who’d like to see Joey Votto swing more with men in scoring position, this is your guy. And this is what too often happens when you expand the strike zone beyond your capabilities as a hitter. The way that at bat ended was ugly. 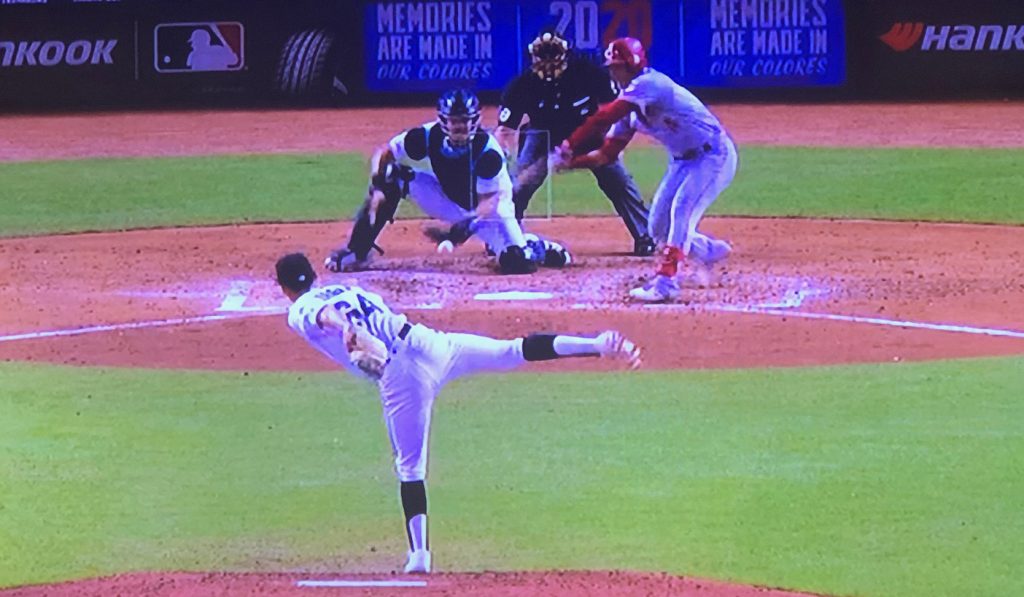 Another 1-run loss. This one was right there for the taking all night long. Maybe Dugger was just that good, but you’d think once he was out of there, that once they got to the Marlins bullpen, which is one of the worst in baseball whether you measure it by WAR, ERA or xFIP, well….

What to say about Raisel Iglesias. He doesn’t like how he’s been used this year and you couldn’t help but wonder if he just didn’t want to be out there in a tie game. Whatever the reason, he’s a completely different guy this year and you have to wonder if a change of scenery wouldn’t be best for him and the Reds.