When Alex Wood was activated from the injured list on July 28, he was expected to take an already-excellent Reds starting rotation to the next level. One start aside, though, Wood has disappointed.

Clearly, Wood hasn’t shaken off the rust of such a long layoff. Where, specifically, is he struggling?

There aren’t any lingering signs of his back injury when looking at velocity. Wood isn’t a hard-thrower at all — his sinker averages 89.9 mph — but he has remained steady in this area. His fastball movement and location haven’t changed much, either, although he’s left a few hangers that have been deposited into the seats. Three of the eight homers he’s allowed have come on the sinker. But he’s actually allowing softer contact overall with the pitch than he did last season (85.2 mph vs. 87.9).

His secondary pitches set off more alarms. The changeup has been hit hard (91.4 mph average exit velocity), and the whiff rate with the pitch continues to head in the wrong direction — a trend that started last year with the Dodgers. 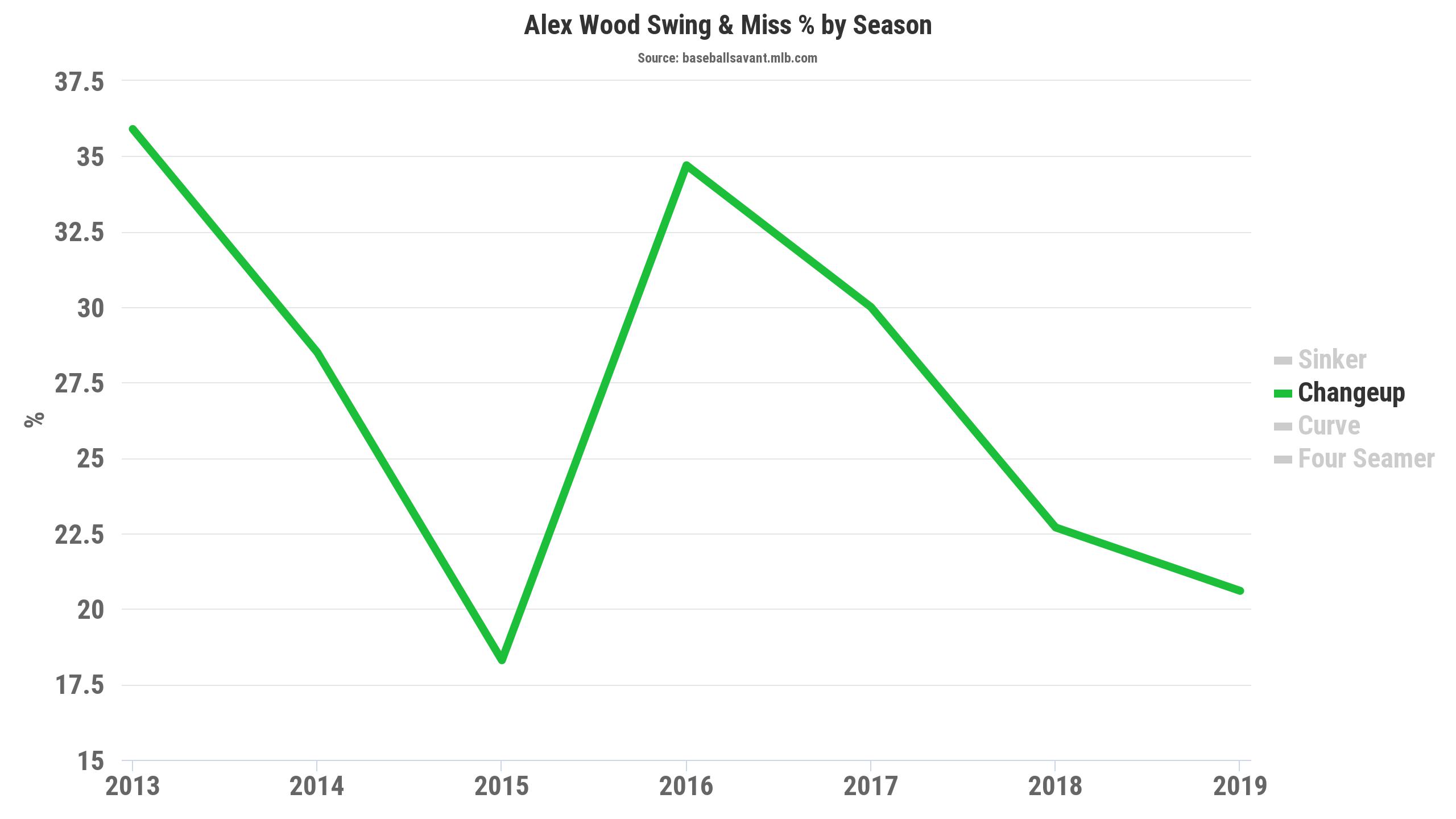 The pitch to focus on, though is the curveball. It’s been Wood’s bread and butter throughout his career — a go-to pitch when he needs to put a hitter away. Batters have hit .212, slugged .295, and whiffed 35.3% of the time against it in his career. When they put it into play, it’s a ground ball 57.3% of the time. The expected statistics based on exit velocity and launch angle are equally strong (Note: These numbers only date back to 2015, when Statcast launched):

Wood hasn’t captured the usual magic with his breaking pitch so far in 2019.

Wood can’t pin this on losing any bite on his curveball. He’s actually gained a marginal amount of movement from last year to this year, per Statcast. But he doesn’t rely on tremendous movement with his curveball anyway. It ranks well, well below average for curveballs thrown at a similar arm angle and speed, resembling a slider in movement more than a traditional 12-6 curve.

Another common problem pitchers have when struggling is with their release point. However, Wood’s appears fine, staying in a compact area — exactly what you want to see. 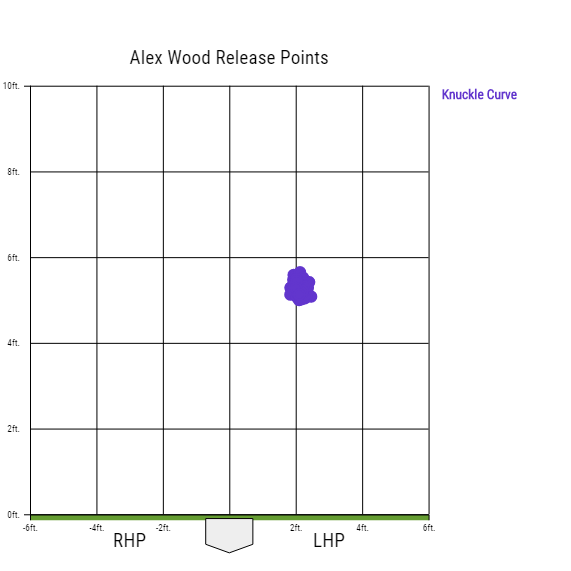 The simplest answer seems like the correct one in this case: Wood simply isn’t commanding the pitch well. The southpaw traditionally likes to bury the pitch low and to his glove side, primarily at the back foot of right-handed hitters. Wood isn’t burying the pitch quite enough.

Wood is largely keeping the pitch down, which is good. But he’s making too many mistakes in the middle of the zone — note the much higher concentration of red in this area compared to last year. Additionally, the pitch isn’t finishing outside the strike zone with regularity. That goes a long way toward explaining his reduced chase rate on the curveball.

If Wood can clean this up, it’ll go a long way toward turning his season around in September as the Reds ponder whether to re-sign him for 2020 or look elsewhere.

[You can read more of Matt’s pitching analysis at Reds Content Plus.]