The umpires will certainly be on high alert this weekend. Marty Brennaman said on air that both teams have already been warned. You would expect that nothing will happen, but it could get interesting the first time someone throws up and in.

Anthony DeSclafani is coming off a solid start against the Cardinals where he allowed just 1 run in 5.0 innings. It’s been great to see Disco stay healthy for nearly a full season now. He has been about an average big league starter, which is exactly what the Reds need from him. If he could just cut down on the home runs, he’d be a really good starter. Disco has a career 4.55 ERA in 11 starts against the Pirates, but an 8.10 ERA in 2 starts this season. 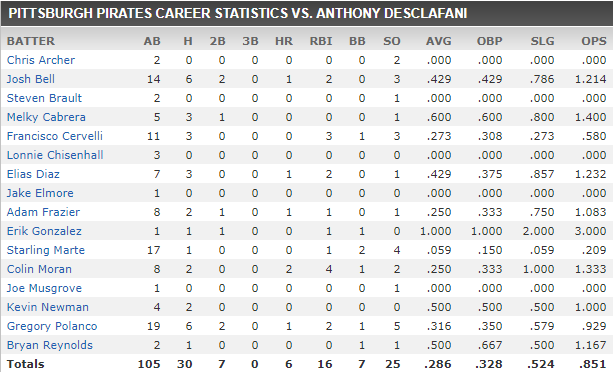 From the #Reds: returned from a rehabilitation assignment and reinstated from the 10-day injured list IF/OF Derek Dietrich (left shoulder inflammation).