With one out in the first inning, Castillo struck out Tommy Edman on the 5th pitch of the at bat and the 11th pitch of the game. But a funny thing happened on that third strike. Home plate umpire Mike Muchlinski called the pitch a ball. 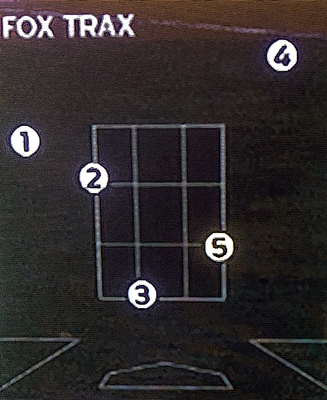 That missed call by Muchlinski turned the inning, as Edman would go on to single and Marcell Ozuna would—after a long at bat—double, sending Edman home with the game’s first run. Castillo went from 2 outs on 11 pitchers to 32 pitches and a run relinquished before the Reds would come to bat.

La Piedra would start the 2nd inning by getting 2 outs, but by then he was at 42 pitches. You wonder if Castillo didn’t feel a certain urgency to get some quick outs because the ball began finding the middle of the plate with alacrity. And on the 49th pitch of the game, Dexter Fowler gave the Cardinals a 4-0 lead with a 3-run home run. An inning and another dinger later by Paul DeJong, the lead would be 6-0 and Castillo would be at 69 pitches.

It’s possible that Castillo just didn’t have it on this August night and St. Louis was destined to maul the right hander. But you have to wonder what might have been had the Reds’ ace gotten out of that first inning scoreless throwing 16 pitches instead of 32.

The pitch count continued to climb like an Arizona thermometer in July. Pitch No. 92 from Castillo resulted in a 2-run shot by Paul Goldschmidt. One batter later, his night was done.

When Aristides Aquino failed to slip the surly bonds of earth last night, you could be forgiven if you felt like the bartender had suddenly cut you off, stolen your fun evening and declared “you don’t have to go home, but you can’t stay here.” It’s taken a mere 54 plate appearances for The Punisher to hit 10 HRs. Another MLB record. 10 HRs in 15 games this season.

At this rate Aristides Aquino will break Barry Bonds career HR record sometime in 2026. 2027 if his pace slackens.

Eugenio Suarez injured his hand (thumb?) attempting to put the tag on Dexter Fowler sliding into third in the 6th. The last thing this ailing offense needs is to lose its best hitter for any length of time.

All the pitching. Matt Bowman came on in relief of Castillo and retired two batters quickly. But it wasn’t too long before the Cardinals went to work on him, tattooing him for 4 more runs. Joel Kuhnel would make his major league debut, giving up a solo shot. Jose Peraza would become the ninth inning sacrificial lamb, relieving Kevin Gausman.

Joey Votto missed another start with his ailing back. Jesse Winker would also sit for a second night, another victim of an uncooperative back. In related news, Padres 20-year old ROY candidate Fernando Tatis Jr. was placed on the 10-day injured list with a back injury that reportedly will end his season. Manager Andy Green said the injury was the result of “common usage.”