The plot continues to thicken, does it not?

The Cincinnati Reds have pulled within six games of first place in the National League Central division following Saturday’s 10-1 thrashing of the Cubs at Great American Ball Park. The important mini-goal of winning the series against division-leading Chicago is achievable in today’s series finale beginning at 1:10 p.m. Eastern time. 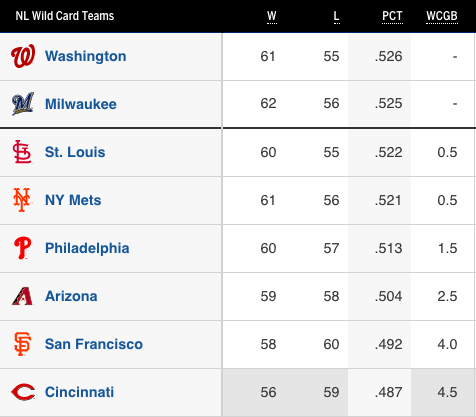 But the important question today for Redleg Nation: Have any of Aristides Aquino’s record-tying seven home runs in his first 10 games come on anything other than a fastball? The community here can certainly answer that question. After a double and a home run in his first two at-bats in Thursday’s series opener, Cubs pitchers fed Aquino a steady diet of breaking pitches low in the strike zone and just outside the strike zone. Aquino looked like a rookie, striking out three times. After Saturday’s amazing performance, it’s hard to believe that Cubs pitchers would throw him anything in the strike zone that doesn’t break.

The Reds have won five of Castillo’s last six starts, including the 13-strikeout gem Monday against the Angels. One of Castillo’s bugaboos has been the lack of control at times, but that has improved tremendously in recent weeks. In those afore-mentioned six starts, he walked only eight while striking out 49. As they say, that will get it done. In his last two starts against St. Louis and Oakland, Lester allowed 14 earned runs in nine total innings. It is an extension of what has been a very hittable season by major league hitters against Lester.

Sal Romano earned his second three-inning save of the season Saturday, effectively giving the key late-inning relievers the night off. The Cubs bullpen took another hit with veteran righthander Steve Cishek being placed on the injured list.