Since control problems started for Robert Stephenson in the minor leagues, the fastball has been the main culprit. There was no doubting his raw stuff. He threw in the mid to upper 90s and possessed a strong curveball (which he has since scrapped for a slider) and splitter. But getting the fastball — his bread and butter — over the plate consistently has proved challenging.

Stephenson has sported walk rates well above 10% in every season after 2013, which has forced him into a relief role with the Reds. He’s not exactly the future top-of-the-rotation guy many envisioned, but the right-hander has seemingly found his niche in the bullpen. 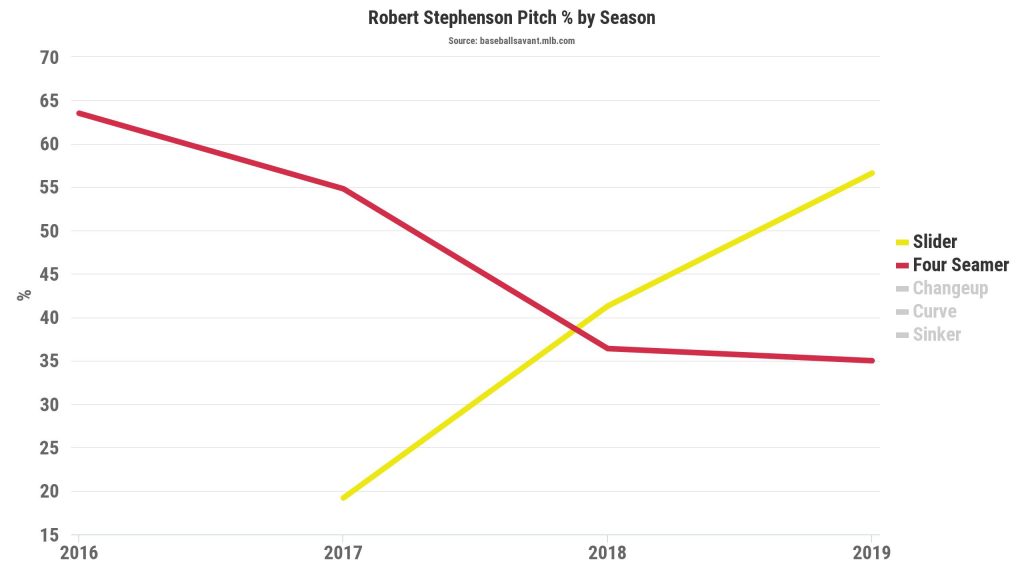 It doesn’t take a deep dive into the stats to see why. Here’s a table from a post about Stephenson earlier this season that discussed his increased slider usage:

Not good any way you slice it. Early in the season, featuring the slider heavily produced dominant results. As the league has started to catch on, however, teams have swung at his slider less. It hasn’t become an ineffective pitch — just one that’s a little more predictable. The same thing has happened to Amir Garrett. The walk rate has started to creep back up as well. It currently sits at 10.6%. Part of that is a result of hitters laying off sliders, which are often not thrown in the strike zone. Part of it is also that his fastball command has been poor.

Among 294 pitchers who have thrown at least 200 four-seam fastballs this season, Stephenson’s zone rate — the percentage of pitches within the strike zone — ranks 269th at 47.8%. A look at the heat map shows a lot of misses high and to the arm side. 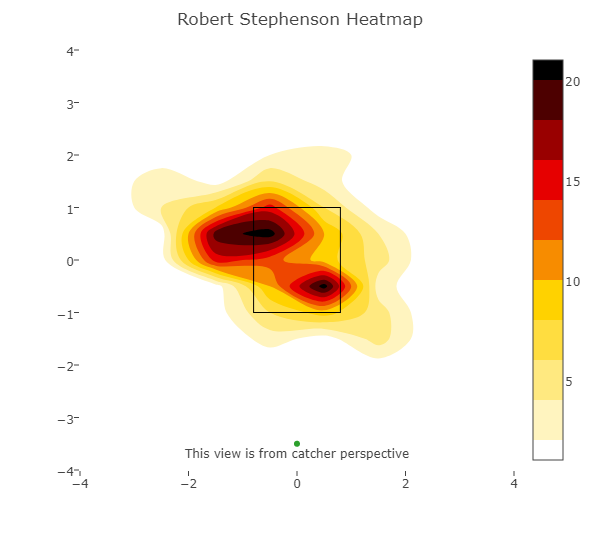 In years past, there was plenty of that in addition to a lot of misses over the plate. Hence, the horrific numbers above. Stephenson is doing much better at keeping the ball out of the middle of the plate, but the results still aren’t there (.333 AVG, .745 SLG, .484 wOBA). The expected statistics tell a better story (.271 xBA, .460 xSLG, .373 xwOBA), though they still leave something to be desired.

Let’s pretend he can shift that red area toward the middle of the plate a little bit, though. That’s an area where hitters are more inclined to swing. And with Stephenson’s fastball, they’ll be more likely to whiff.

Firstly, Stephenson’s fastball averages 94.7 mph, up from an average of around 93 as a starter. His heater velocity ranks in the 78th percentile in baseball. That alone makes it hard to catch up with. But Stephenson has also done this in 2019: 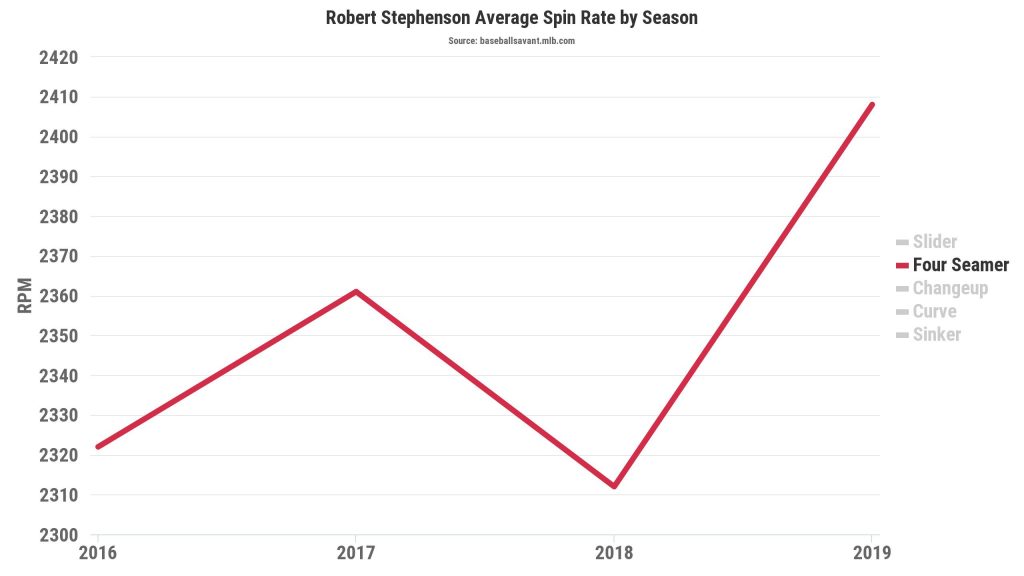 Stephenson has added nearly 100 rpm of spin to his fastball this season. That’s not a surprising development. He’s one of many Reds pitchers who’ve added spin this year on various pitches. Sonny Gray, Lucas Sims, Michael Lorenzen, and Anthony DeSclafani are a few other examples. It’s almost certainly a direct result of working with Derek Johnson, Caleb Cotham, and the new Rapsodo pitch-tracking technology.

Why is this development particularly notable for Stephenson’s fastball? It bumps him up into the 84th percentile in fastball spin rate. For a four-seam fastball, more spin means more “rise.” The ball doesn’t literally rise because gravity makes that impossible for pitchers who throw on a downward plane. Rather, it gives the ball the impression of rising, and hitters swing under it. That’s why you’ll see Justin Verlander, Gerrit Cole, and Josh Hader throwing so many high fastballs and making hitters look foolish. Hader leads baseball in swinging-strike rate on his four-seamer. Cole is third. Verlander is 19th.

Stephenson, however, hasn’t been able to convert this into whiffs. His 6.5% SwStr% ranks 254th. That’s partially because he hasn’t commanded it all that well. When he has, though, we see what he did on Monday night against the Pirates: three whiffs on seven fastballs. It’s the highest number of whiffs he’s generated on the fastball this season

All three swings and misses were high in the zone, with two going for strike three. 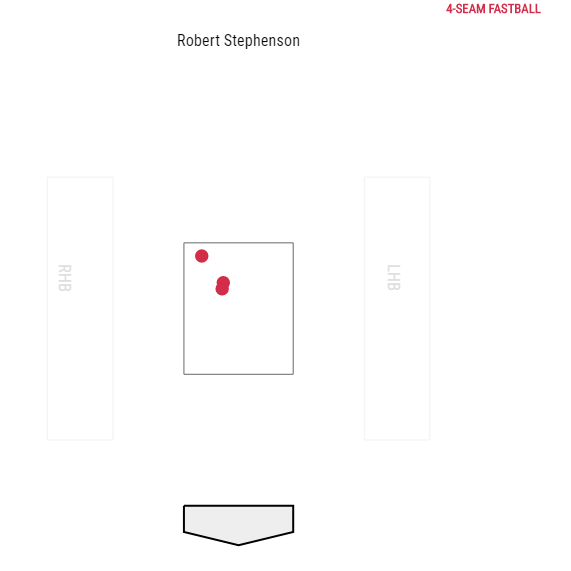 That’s particularly notable because the slider has overwhelmingly been Stephenson’s pitch of choice with two strikes this season (63.0%). Maybe it means nothing and is a small blip on the radar from one game in a 162-game season. Maybe it’s nothing more than a tease. But this seemingly insignificant outing at the end of an 11-6 win gave a few reasons for raised eyebrows.

There have been a lot of “what-ifs” in the development of Stephenson. To date, he hasn’t been able to solve his fastball command. Maybe hoping he will at this point is a fool’s errand. But if he can do enough to at least entice hitters to take a hack at fastballs up in the zone, he’ll have a promising combination cooking.