Tanner Roark has made back to back starts allowing just 2 ER after a rough start to July. You have to wonder if this will be Roark’s last start in a Reds uniform or not. Roark has a career 4.79 ERA in 8 appearances (5 starts) against the Pirates. He allowed 3 ER in 5.0 innings in his only start against them this season. 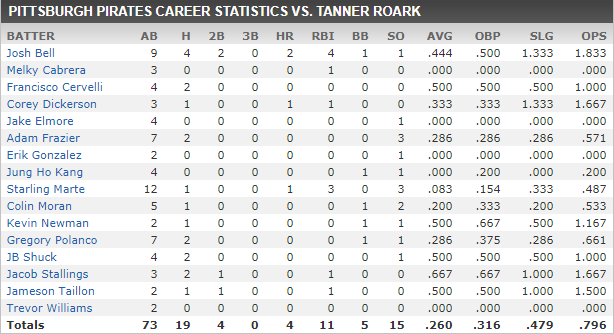 Joe Musgrove is coming off a start where he allowed 6 runs in 5.0 innings to the Cardinals. He has been really good at times for the Pirates this season, but he has also mixed in some clunkers. He has held the Reds scoreless over 9 innings (1 start, 1 relief) with 9 K and 1 BB. Musgrove has a career 3.66 ERA in 19.2 innings against the Reds.

The Reds are back within 6.5 games of both the division and the second wild card spot. They are still a long shot, but two more wins against the struggling Pirates would be a step in the right direction. Go Reds!