Hello, and Happy Castillo Day. Today the Reds play the Cardinals in a three-game series which does not invite mixed emotions. Usually, I can look at National League matchups at a glance and instantly know my demands in how the game must unfold, but sometimes, it’s not so simple:

Who are we rooting for in these scenarios, other than widespread meteor strikes? pic.twitter.com/jT1OODmNjA

Life is easier when we know what’s what. The complexities of human life, however, give us gray areas and Back to the Future II: It’s there, kinda okay, kinda not.

Castillo. He’s human, but still a human that can pitch really super-well.

Cabrera? Not as active this season, but these are exactly the types of games where it’s easy to look at his ERA and go “pffffft” and assume victory and that is when we lose because Reds.

It’s the time of year when I begin to miss my life in Colorado the most so here is what I have to say about bullpens. 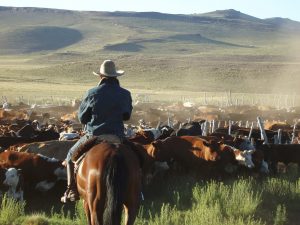 -I brunched at Hathaway’s in the Carew Tower this weekend because that sounds better than typing that I threw on some Umbros and no makeup and shoved bacon in my face and then shuffled off the bathroom at the Netherland Plaza even though I looked like a typhoon refugee. It was a true Love Your Own City moment.

Someday soon, simply walk around the first floor of the Carew Tower, preferably with a person born after 1990 who is not curled over some type of screen. Don’t just leave this gem as a thing to drive past. Go in. Look up. Take a few minutes to appreciate human beings not acting like horrible beasts and instead creatures with immortal souls capable of creating something fine. We could all use more giant brass doorways decorated with fruit in our lives.

-I suppose it was immature of me to refer to our athletic rival as the “Pooping Birds.”