The Cincinnati Reds (17-22) are coming off consecutive shutout wins in the Bay Area. The Reds will look to keep it going tonight at 9:05 PM against the San Francisco Giants (16-22).

Anthony DeSclafani is coming off a quality start against the Giants where he tied his season high with 8 strikeouts. The Reds have won each of Disco’s last four starts. He has a career 6.23 ERA in 4 starts against the Giants. 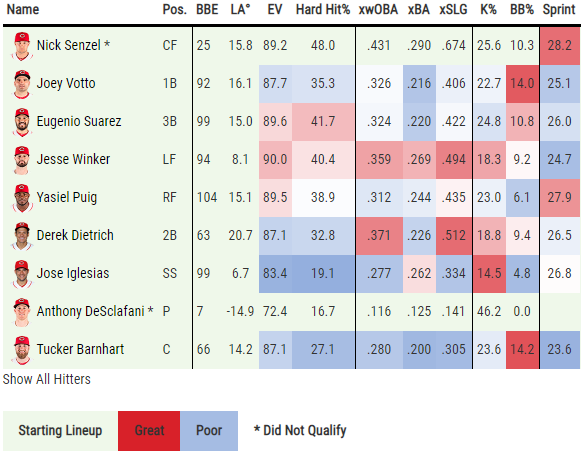 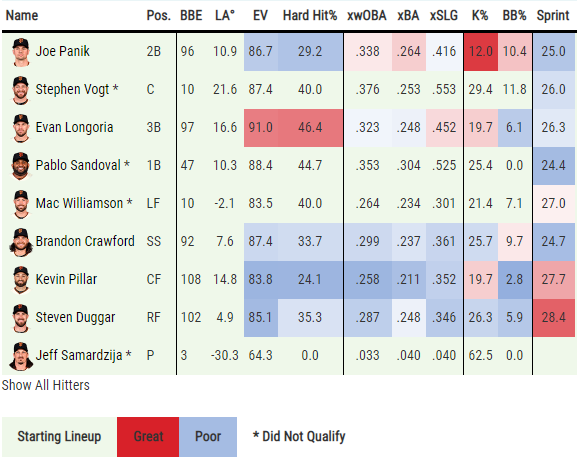 It seems like Jose Iglesias is the starting SS at this point even when Scooter returns. That seems like the right move unless Peraza gets back to hitting near league average again. I would say roughly that Peraza has to hit 20% better than Iglesias to be more valuable.

Here are some fun stats about the Big Red Pitching Machine this season:

The Reds have won two straight games. They only have two streaks of 3+ wins this season. The Reds are about to play 12 of 15 games against NL Central teams after this series. The time is now if the Reds are going to get back in the race this season. Go Reds!