It’s no secret the Reds offense struggled in April.

Overall, the Reds were 26th in Runs Created, with a 71 wRC+ (league average 100). That means the Reds offense was 29 percent worse than league average in April.

The main culprit was quality of contact. The statistic xwOBA stands for expected weighted on base average. It measures every ball actually put in play and assigns a linear weight for the expected outcome. It also accounts for walks and strikeouts. If you need a refresher on how xwOBA is built, I broke it down a couple years ago and Statcast has a useful explanation. The statistic measures talent independent of defense and luck.

Let’s look at individual Reds players. The first column shows the career wOBA. The second column is wOBA for 2018. The third and fourth columns are from April 2019. wOBA(19) shows the actual outcome of batted balls. xwOBA(19) shows expected outcome. The difference between the last two columns is defense and luck. League average is shown in the bottom row. 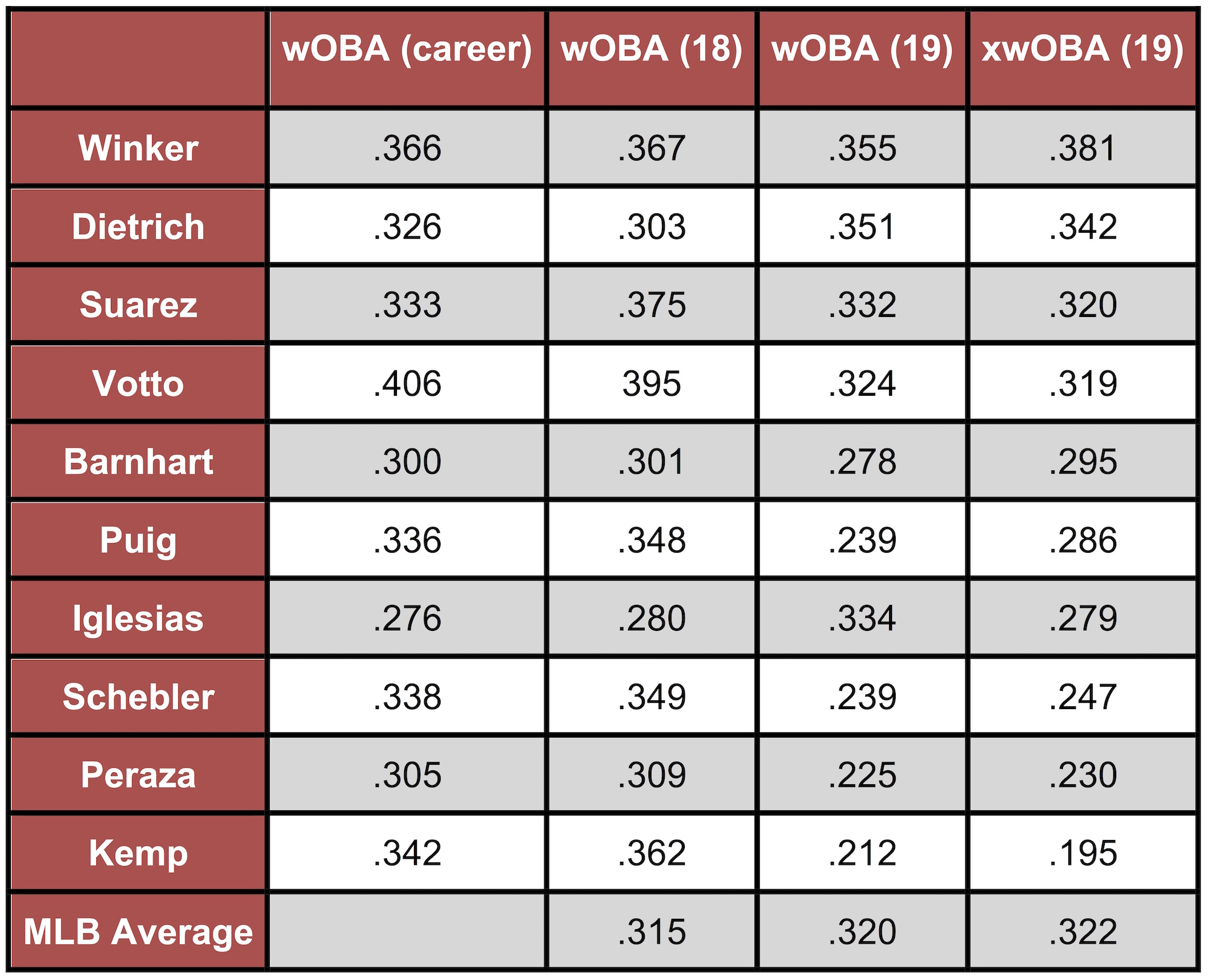 The chart is sorted by xwOBA for April:

Can the career numbers tell us anything?

[You can find more of Steve’s writing at Reds Content Plus.]