The Cincinnati Reds struggling offense went up against one of the best starting pitchers alive on Thursday afternoon. It went as expected. Noah Syndergaard dominated.

David Bell and Jesse Winker were ejected from the game in the 9th inning after Winker began to argue balls and strikes. Umpire Marty Foster took exception to someone questioning his strikezone and that set Winker off, which led to his ejection. That’s when Bell raced from the dugout to push Winker aside and go off on Foster, who then ejected the Reds manager. Bell has now been ejected from a game three times this season. That’s once every week-and-a-half for those keeping track at home.

On the bright side, Michael Lorenzen stole second in the top of the 9th, his 1st stolen base of the season, which was cool to see. – Wes Jenkins

For the second straight day, the bats went completely silent. A few seeing-eye singles were all the Reds could manage on Joey Votto’s off-day. But, it’s Nick SenzelEve, and he can fix everything, right? Right? – Wes Jenkins

Tyler Mahle was strong over five innings, but he made one mistake. To the opposing pitcher. Noah Syndergaard hit an opposite field, 407-foot home run – the only run of the game for either side. Aside from that, Mahle was rather dominant. He allowed just four hits, walked no one, and he racked up 7 more strikeouts. His ERA dropped to 4.09 and he now has 33 strikeouts with 7 walks in 33 innings on the year.

David Bell had a short leash, as usual, though. After just 84 pitches, Mahle was replaced by Zach Duke. He, Robert Stephenson, and David Hernandez all tossed a shutout inning of relief to keep the Reds in the game. Stephenson lowered his ERA on the season to 2.30, while Hernandez saw his drop to 3.77. It was another well pitched game that was for nothing as the offense came up completely empty.

The game was a quick on, coming in at just two hours and ten minutes. That is easily the shortest game of the year, besting the April 5th game – also a loss – by 15 minutes.

Nick Senzel is joining the Cincinnati Reds for the game on Friday. The Reds top prospect since the day he was drafted in 2016 has hit .312/.388/.508 in his minor league career. If you are out of market, this will be the Free Game of the Day via MLB.tv.

With his #LetTheKidsPlay antics last night, the timing was pretty good for me to write about Jesse Winker for the Magazine. You can read it. You know, if you wanna. https://t.co/jNXY4mt4Fc

The Cincinnati Reds will wear throwback uniforms on both Saturday (1902) and Sunday (1911) as they kick off their 150th anniversary celebrations throwbacks.

Yasiel Puig is having a baseball camp on July 19th in Cincinnati for boys and girls in 1st-8th grade. If you’ve got kids that might be interested in that, check it out at PuigCamp.com. 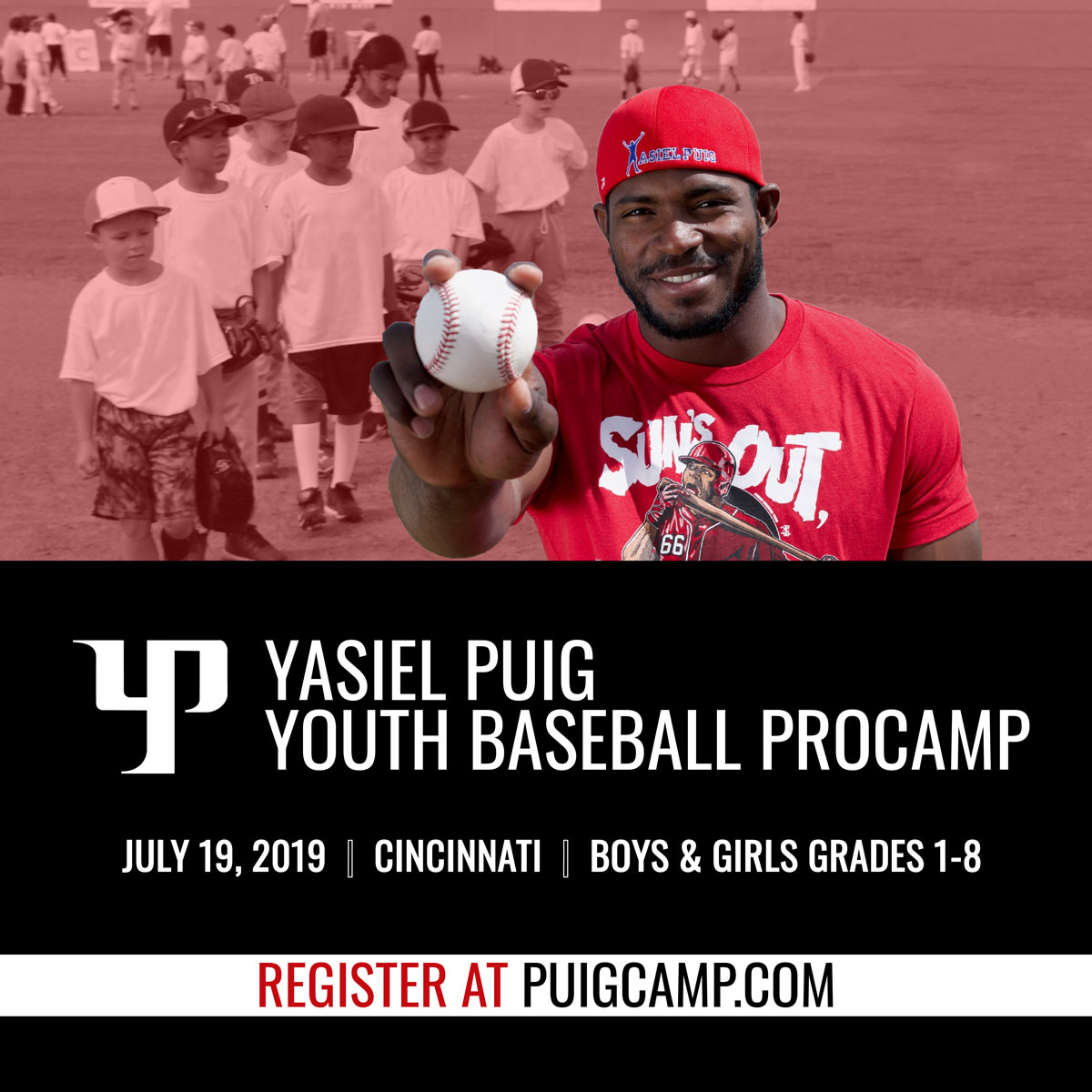 Up Next For The Reds