That’s the sound of Nick Senzel beating on the door. Senzel is heating up in Louisville. He’s only played in 6 games since injuring his ankle but he’s currently slashing .296/.345/.444.

Up in big league land the Reds outfield has been less than stellar. Their left, right, and center field positions are all in the bottom 5 in the National League in OPS. Center field presents the biggest red flag where the Reds rank dead last in OPS.

It’s been obvious that the Reds outfield has struggled this season. Matt Kemp, Yasiel Puig, Scott Schebler, Jesse Winker, and Phil Ervin have all been super inconsistent. The fact of the matter is that the Reds can’t continue to go on with the obvious lack of outfield production – especially from center field.

How can the Reds get more production from center field? Well, there’s a piece of the puzzle staring them directly in the face. With service time no longer a factor (like it ever was…right?), it’s only a matter of time before Nick Senzel is called up to try and give the Reds outfield a shot in the arm. How his call up affects outfield personnel, playing time, and roster spots will be one of the more challenging things David Bell has had to deal with in his young career.

So, what are the options? Scott Schebler is going to lose significant playing time (or his roster spot) in center field, and deservedly so. Although it’s still relatively early, Schebler has been a shell of himself when comparing his offensive production to past seasons. He’s been the weak link in an already weak outfield. 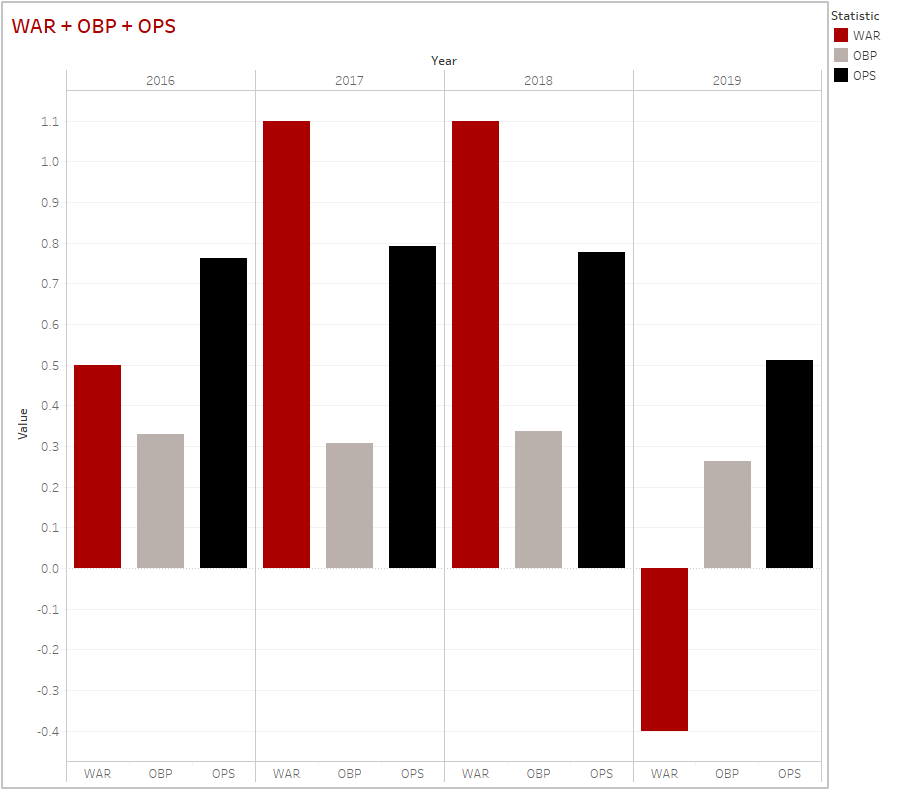 With Senzel on the way and Kemp close to a return from the IL, the Reds are going to have to open up roster spots. My guess is that Kyle Farmer and either Scott Schebler or Phil Ervin are going to be sent down to Louisville. Both Schebler and Ervin have options. If it were me, I would send Schebler down. Doing so would allow the Reds to kill two birds with one stone. Ervin is a former number 1 pick and the Reds need to find out once and for all if he can contribute at the major league level. Although it screams small sample size, Schebler just hasn’t been a quality outfielder this year. A trip to Louisville and a chance for Schebler to work on his approach could be just the thing he needs going forward.

This leaves us with outfield roster spots made up of Jesse Winker, Phil Ervin, Matt Kemp, Nick Senzel, and Yasiel Puig. Puig and Winker are going to still get significant playing time in the corner outfield positions. I’d like to see Winker get even more playing time than he’s been allotted to begin the year. I think he’s earned a chance to prove himself against left handed pitching, especially with Kemp still on the IL. Winker is a building block of the future. The Reds need to figure out an approach with him rather than defaulting him to the bench every time a left handed pitcher even looks at the mound.

In MY perfect world (and hopefully the Reds) I would love it if Senzel, Puig, and Winker got the majority of playing time in the outfield going forward. The Reds could use Ervin and Kemp in spot starts or if the match up sometimes dictated it (there is value in Kemp facing righties…there just is).

Hopefully the Nick Senzel call up stabilizes and cements the Reds’ outfield and leads to better offensive production from center field. The good news is, it can’t get much worse – right?

What would your roster moves/outfield look like going forward, Nation?