The Cincinnati Reds (10-14) will take on the first place St. Louis Cardinals (15-9) tonight at 8:15 PM in the first of three games at Busch Stadium. The Reds are 9-6 in their last 15 games, and they are 3-1-1 in their last five series. The Cardinals have won five straight games, including a three-game sweep over the Brewers earlier this week.

Anthony DeSclafani is coming off his best start of the year a week ago in San Diego: 6.0 IP, 2 H, 1 R, 1 BB, 6 K. Disco has been striking out batters at a remarkable rate early, but it has been the long ball that has killed him. DeSclafani has a career 3.82 ERA in 10 starts against the Cardinals (50 K, 17 BB). 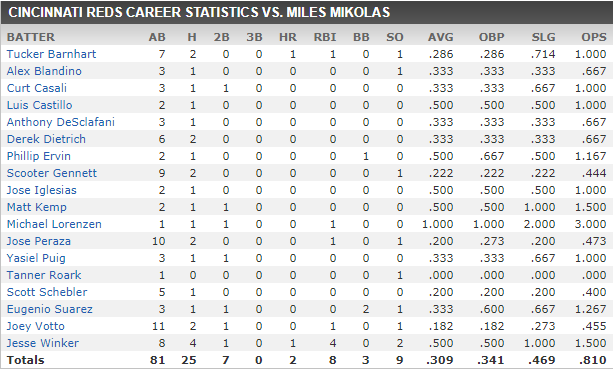 The Reds will start a very difficult 7-game road trip against the Cardinals and Mets tonight. The Reds have been playing well of late, but they will have their work cut out for them. If they could find a way to go 4-3 and then come home to four games against the Giants, they could be sitting in a nice spot. Go Reds!