Well, that was some scary shizz last night, fam.  The young season’s “They Tried to Blow It But Did Not” pile grows ever higher. Tipsy games ain’t where it at, but as long as they finish in our favor, I’ll take what we can get. The best news is that the Reds are increasingly showing the realization that runs in baseball came come from means other than depositing the ball outside the stadium and engaging in awesome all-team brawls over the matter. The Entenmann’s cheese-filled crumb coffee cake currently in my face agrees with me.

REDS
Tanner Roark was born when I was in the 3rd grade. I’ll allow it. There’s a dude in the MLB who was just drafted who was born in 2001 and I don’t care to think about that.

This Sorka fellow seems troublesome. He is from Canada, but not the weird part. He was born in Calgary, the pretty part. I wonder if he’s friends with Michael Buble and William Shatner and Votto. People from Canada automatically know all the other people from Canada, so I’ll make sure to ask him about it if we ever meet.

Our bullpen is kinda melty, but last night the Braves’ was even meltier. I’m OK with that.

The biggest breaking story out of yesterday’s game was the fact that the Puig guys with the horse heads are back, and they somehow found dates:

Right field has been taken over by a Puig party. ?#BornToBaseball pic.twitter.com/weIEg2xMjd

Thank you to the amazing fans in right field today! I see you!! ? #puigyourfriend #fans #cincinnati #love #baseball #mlb pic.twitter.com/QhpavgXCq7

Actually, these guys are tremendous and I want to party with them. If you’re gonna live the Power Stacks life, bring three friends to be the U-I-G.

In other important Puig news, THERE IS A BABY MINATURE THERAPY HORSE IN THIS WORLD NAMED AFTER HIM 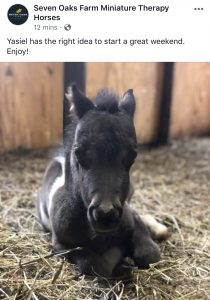 Sonny Gray wants to figure out a way to pitch deeper into games for the @Reds.#BornToBaseball pic.twitter.com/q0DcWsLKo5

NOT NEWS BUT FURTHER EVIDENCE THAT JOEY VOTTO IS A GIFT UNTO ALL HUMANITY:

More proof that Joseph Daniel Votto is the best!#BornToBaseball pic.twitter.com/CFrtvyhkJM

I leave you with an epic human drama in three acts: 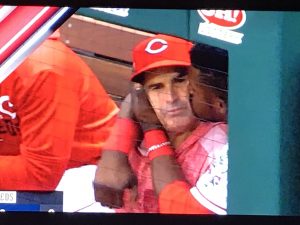 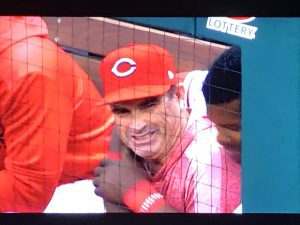 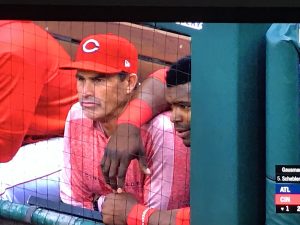