If you listened to the most recent episode of the Redleg Nation Radio podcast, you were introduced to RNR Madness. As you might expect, it’s a 68-team tournament to name the most valuable player in Reds history. Your votes are going to determine the winner. Let’s get this thing started!

Every week until we crown a champion, you will have the opportunity to vote for who wins each matchup. The polls will open each Sunday at 8:00 pm, and will remain open for precisely three days. Remember that you are voting for “Most Valuable Red.” The definition of “valuable” is open to interpretation and completely up to you. Feel free to leave comments about any particular aspect of the voting, or any individual matchup, and we may discuss it on the podcast. 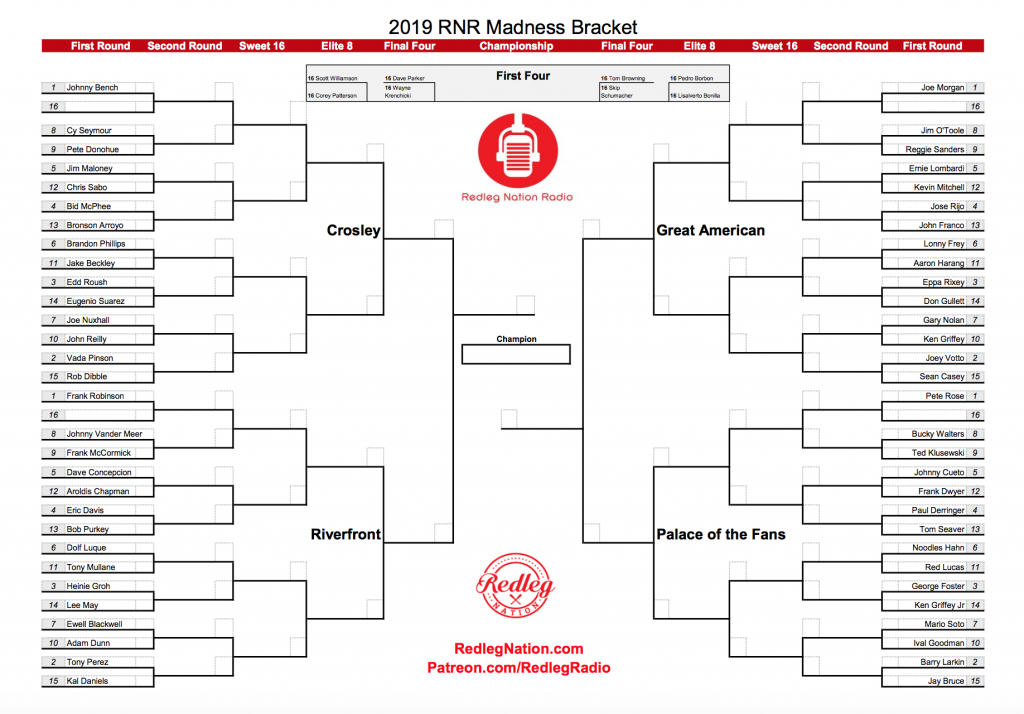 Winners will be discussed on the next episode of the podcast, and we’ll have Round of 32 voting next week.