Sigh. The first 9 games haven’t gone like anyone in Redleg Nation hoped. There are 153 left. Bring on the Marlins.

Anthony DeSclafani’s day started off poorly and didn’t improve. Pirate leadoff hitter Adam Frazier crushed DeSclafani’s first pitch 423 feet to right field.  In the bottom of the 4th, Josh Bell smashed a DeSclafani fastball 474 feet over the center field batter’s eye. The Reds starter gave up 6 earned runs on 8 hits and a walk. He struck out 7 in 4.1 innings. He left with two runners on base, both scored.

David Hernandez entered the game for DeSclafani with the score 5-3, runners at second and third and one out. He gave up a double, single and double, allowing the Pirates to expand their lead to 7-3. (More on the bullpen in a minute.)

Robert Stephenson added to his strong start to the 2019 season with a clean 1.1 IP, including 2 strikeout.

The Reds hit a few long balls themselves. The Shot Heard Round the ‘Burgh, was Derek Dietrich blasting a Chris Archer 2-seam fastball 436 feet to right center field and into the Allegheny River behind the stadium. At the present speed of the river’s current, the ball should arrive in Cincinnati courtesy of the Ohio River sometime during the evening of Sunday, April 28, when the Reds are playing the Cardinals in St. Louis.

Dietrich’s homer knocked in Eugenio Suarez, who had walked. The Reds led 2-1.

Scott Schebler followed with a 403-feet homer off an Archer slider to straightaway right field in the top of the 3rd. His long ball tied the score 3-3.

Dietrich hit a 418-foot homer in the 8th. Matt Kemp, who had singled, scored on it.

It’s a plain fact that Derek Dietrich stood and admired his long home run in the 2nd inning. As you can see in the photo, this did not escape the attention of Pirates pitcher Chris Archer. 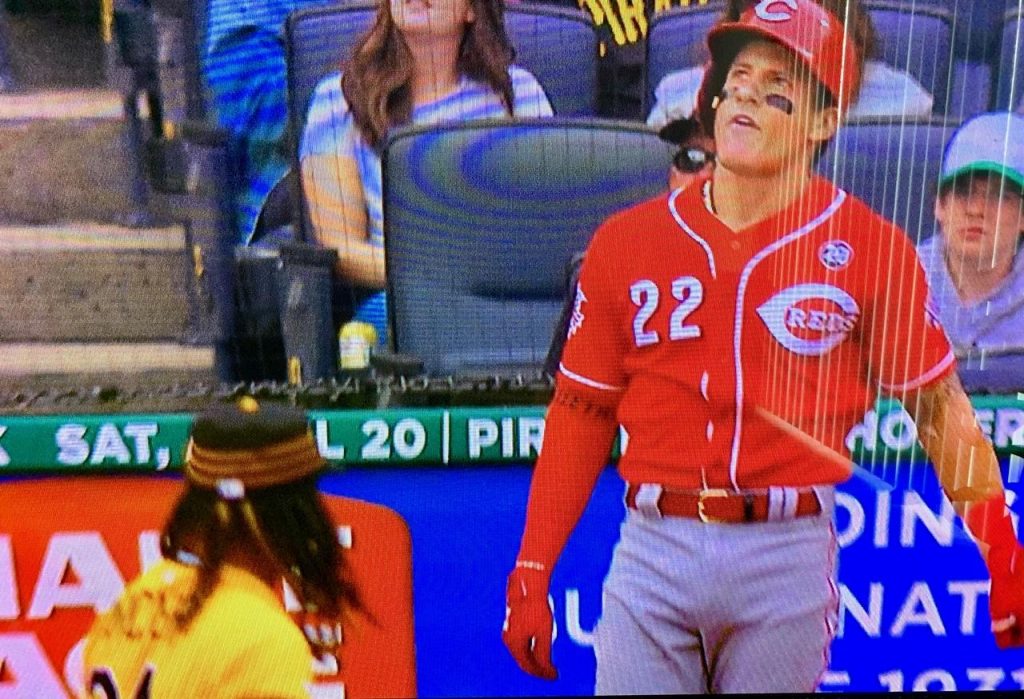 Dietrich was not the only Reds player to call attention to Dietrich’s round-tripper. 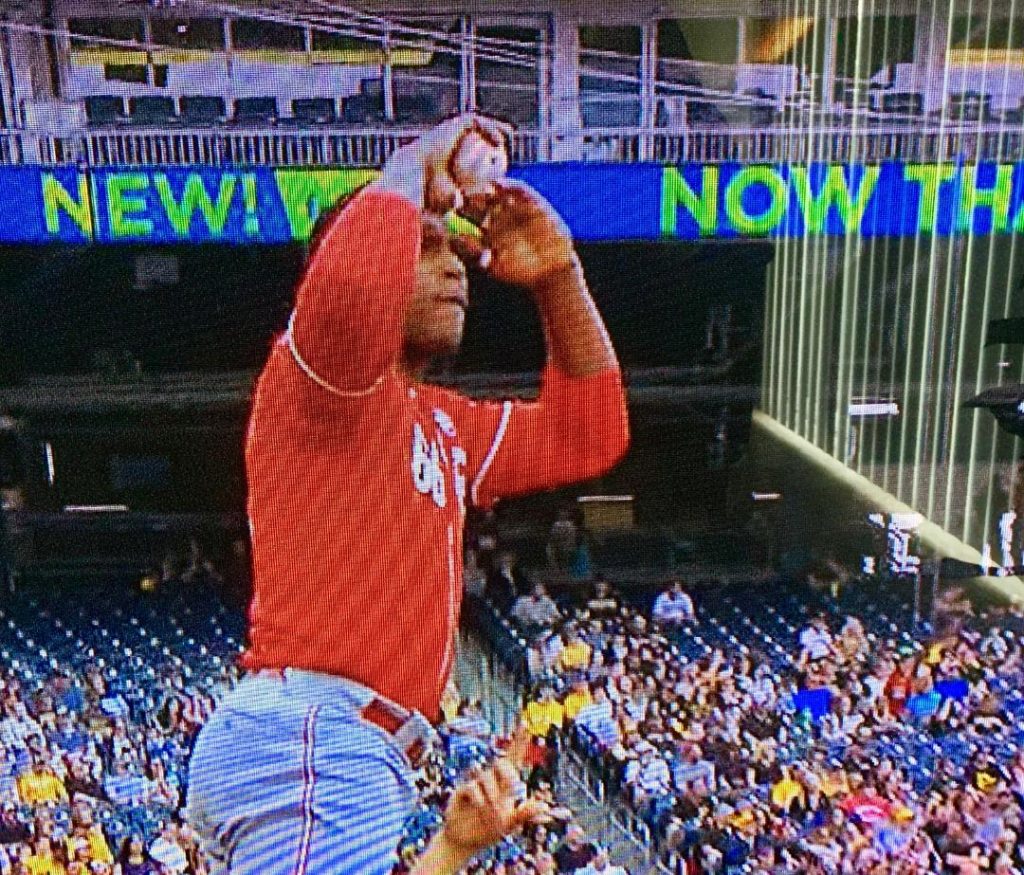 When Dietrich return to the batter’s box in the 4th, Chris Archer threw a 93-mph fastball behind Dietrich. A split-second after home plate umpire Jeff Kellogg warned Archer and both benches, Reds manager David Bell was on the infield in Kellogg’s face. Yasiel Puig was not far behind. After ten minutes of pushing and shoving, Bell, Puig and Amir Garrett had been tossed, along with two Pirates relievers.

Yasiel Puig did not go quietly. 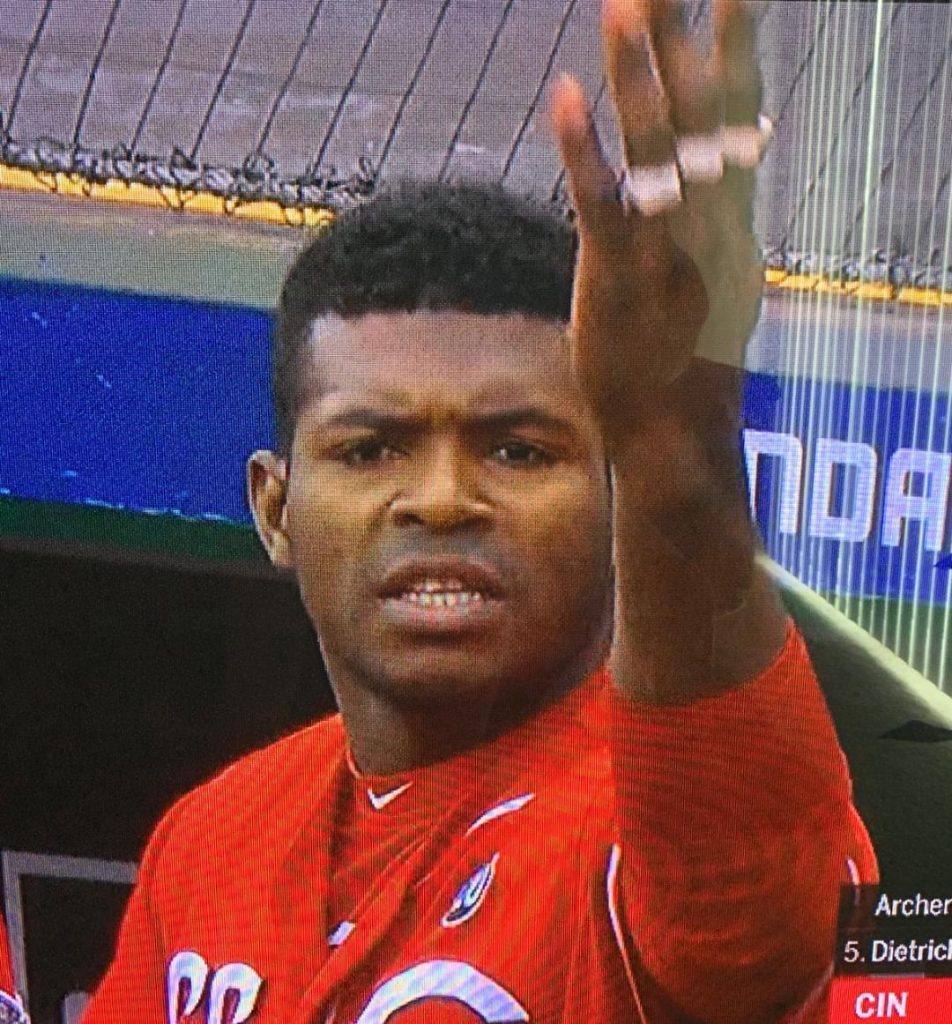 Last year, the Reds signed Jared Hughes and David Hernandez, two 32-year-old relievers, to 2-year contracts. The vast majority of relief pitchers — let alone ones who have been released by their previous teams — are highly erratic from year-to-year. The Reds hit the jackpot in Year One with both Hughes (1.94 ERA, 3.39 xFIP) and Hernandez (2.53 ERA, 4.12 xFIP). Planning for the same results this year was always a fool’s errand. The Reds reinforced that gamble by signing 35-year-old Zach Duke this offseason.

Those three are off to a lousy start in 2019. Duke (11.57 ERA, 6.92 xFIP), Hernandez (7.36 ERA, 8.20 xFIP) and Hughes (4.91 ERA, 4.99 xFIP) have provided anything but relief. The sample size is too tiny to draw any conclusions, especially from those rate stats. But the three have faced a combined 50 batters and recorded just two strikeouts. They’ve walked seven batters. Not good.

And we haven’t even mentioned Wandy Peralta – 14 batters faced, one strikeout, two walks.

The Reds front office was busy during the game. Doug Gray wrote a little bit about Rob Refsnyder at RedsMinorLeagues.com earlier today.

The #Reds have acquired from the Diamondbacks minor league 1B/OF Rob Refsnyder in exchange for a player to be named or cash. Refsnyder will report to Louisville. #MiLB pic.twitter.com/P99L3sbLk0

Nick is the One on the Left 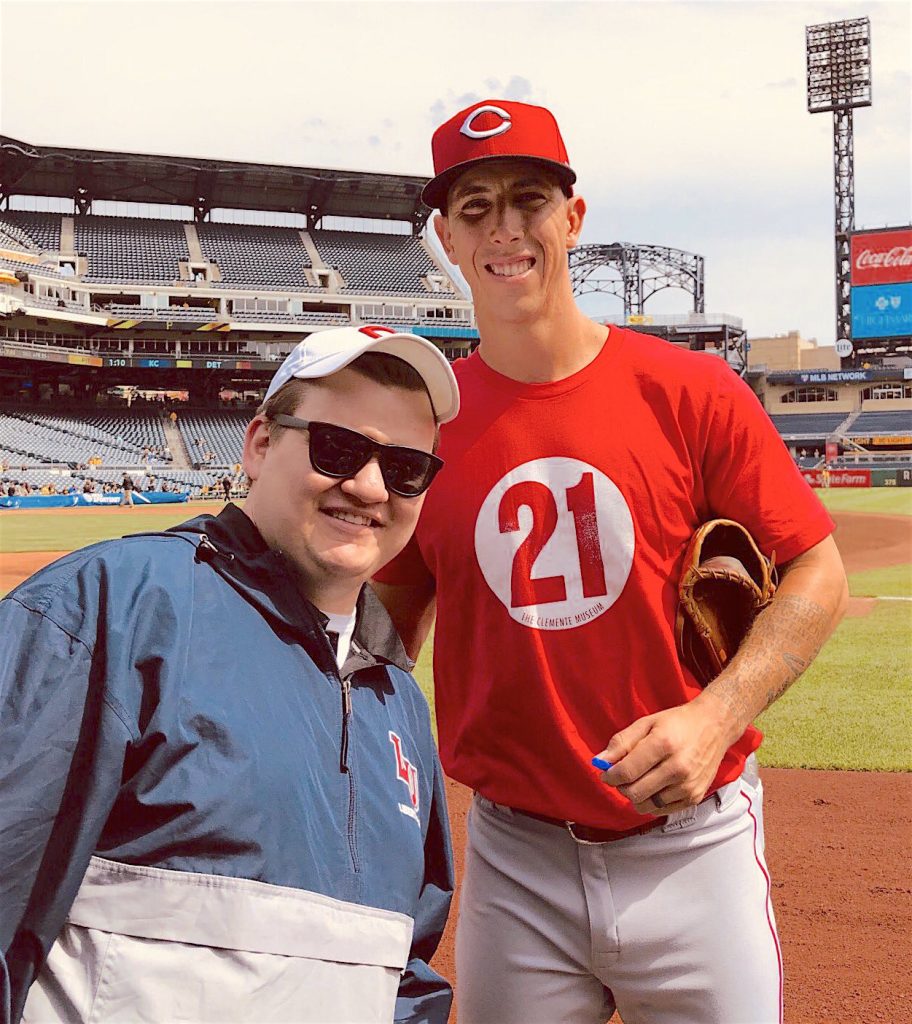 The Reds (1-8) mercifully have tomorrow off. They return home for a 3-game series with the Miami Marlins (3-7). Luis Castillo, who the Reds received in a trade from the Marlins, will face his former team tomorrow. Jose Urena will start for Miami.