Tom Seaver pitched one no-hitter in his major league career.

It was on a sticky Friday night, summer of 1978. Ten days before, I’d delivered the commencement address for my graduating class from Princeton High School. For those from out of town, Princeton is a public high school about 15 miles north of the Ohio River. “Hotel California,” “Carry On Wayward Son,” and, of course, “Stairway to Heaven” were my senior-year jukebox choices. I hadn’t discovered Dylan yet.

It’s impossible to overstate the importance of the Reds here in 1978. Particularly to a teenager who had played Cincinnati Knothole Baseball and lived in the area for all but the first six months of his life. That was before Little League travel teams. Baseball identity was small-neighborhood local. Our biggest games took us from Springdale to Sharonville, some years to Evendale. 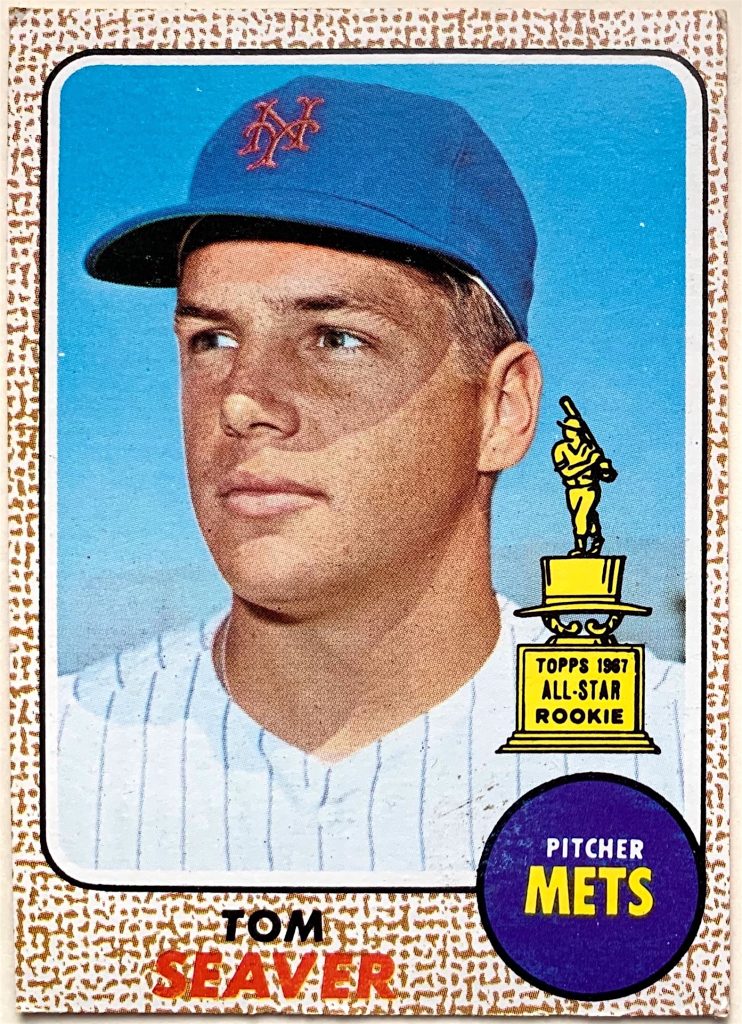 I was one of those kids who grew up with the voices of Joe Nuxhall, Al Michaels and Marty Brennaman under my pillow. Back then, the Reds gave out 24″x36″ posters of a different star player every year. Bench, Rose, Morgan, Nolan and Perez adorned my bedroom ceiling, along with ’75 and ’76 World Championship team posters. (Don’t embarrass me in front my Tom Terrific Rookie Card by asking where those posters are now.)

That summer of Tom Seaver’s no-hitter, the Reds were only a season removed from those back-to-back titles. Tony Perez was gone, with Dan Driessen in his place. But the rest of the Great Eight remained intact, Sparky Anderson still the skipper. That 1978 Reds team won 92 games — something they’ve only done twice in the 40 years since — but finished behind the L.A. Dodgers in the NL West. Dusty Baker was the Dodgers’ left fielder.

In a bitter dispute over salary, the Mets had shipped their ace to Cincinnati the previous June at the trade deadline. It was a deal so favoring the Reds that “massacre” spelled with a capital-M is the word chosen to describe it. Seaver (32) was one of the best pitchers in baseball, having won three Cy Young Awards and led the NL in strikeouts five times.

But Tom Seaver had never thrown a major league no-hitter.

Five times with the Mets Seaver had given up just one hit. It was dumb, but Reds fans had an acute awareness of this gap in his resumé and wanted it plugged. Despite Seaver’s glittering record, people dwelled on the fact he’d never gone the full route. I remember it being on my mind as I listened to the end of the game and wondered if this would be the time Tom Seaver would finally do it.

Like many nights that summer, I was playing tennis with my best friend at our neighborhood recreation center. We usually tried to find a doubles match because my tennis game, despite the help of a new-fangled Wilson T2000, needed the support offered by my friend’s superior ability. Lucky for us that evening, though, we were playing singles. We could stop when we heard the news.

Tom Seaver was late into another no-hitter attempt.

Here’s what I re-learned today from the box score: 38,000+ fans were in attendance at Riverfront Stadium. Pete Rose had a couple hits and drove in two runs. Driessen hit a home run. Johnny Bench didn’t play. Joe Morgan doubled, walked twice and stole a base. Seaver walked three and struck out three. The Reds beat the Cardinals, who were led by Lou Brock, Ted Simmons and Keith Hernandez, 4-0.

People who study psychology call it a Flashbulb Memory. It’s when you have picture-perfect recall about a moment when you find out about something, even more so than the event itself. Flashbulb Memories are autobiographical and highly personal. They’re associated with experiences that carry strong emotion. For Mets fans of a certain age, the day their club traded Tom Seaver to the Reds is one of those memories.

Yet, I’m not exactly sure how we found out that night. On a Friday night in June, the softball fields and tennis courts at the Springdale Rec Center would have been busy. Like I said, our community cared a lot about the Reds then. “Tom Seaver is pitching a no-hitter” is the kind of good news that would have spread fast from neighbor to neighbor. It was opposite in kind of the sad news we learned Thursday that makes this post timely.

Forty-one years later, I still remember stopping in the middle of our tennis match, running home a couple blocks and turning on WLW to hear the Reds’ Tom Seaver finish his no-hitter.

Photo of Riverfront Stadium by Rick Dikeman. The license for the photo can be found here.