Alex Wood won his arbitration case against the Reds today. He’ll be paid $9.65 million for 2019. When you add Zach Duke’s $2 million deal to the pile, the Reds payroll number is pretty close to final, pending any new signings. Here’s where it stands: 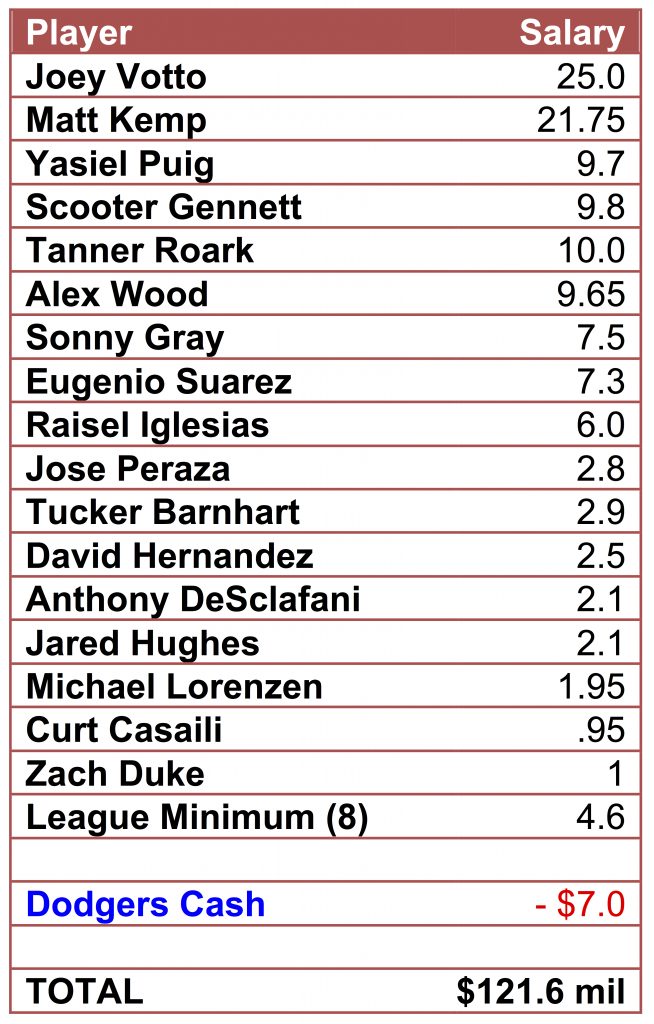 That’s an increase of about $20 million over last year. But it’s the highest payroll in Reds history only if you ignore inflation. Both the 2014 ($114 million) and 2015 ($115 million) numbers were higher when adjusted for everything being more expensive. Remember this chart from this post about ownership, wealth and money. Also keep in mind the Reds as an organization appreciated in value last year by more than $100 million, again.

Maybe the front office had additional money to spend but deals (Realmuto, for example) didn’t work out. The club might figure, at least for now, they’re finished with upgrades to the starting team, assuming no injuries. They could spend a couple million on a veteran back-up who can play SS or CF, maybe. Nick Senzel, and where he can play, is a pretty large variable in this.

Still, other things equal, like brains, more money is better than less.